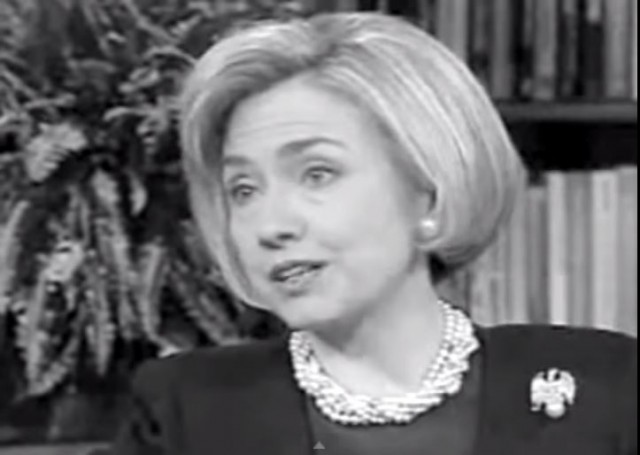 Posted by William A. Jacobson on June 05, 2014 7 Comments
Who among us is surprised by this report by Alana Goodman at The Washington Free Beacon about Team Billary trying to impress upon the NY Times the importance of LEAVE HILLARY ALONE! Hillary to New York Times: Back Off:

Some of Hillary Clinton’s closest aides blasted the New York Times for what they said was unfair coverage of the former first lady during a recent secret meeting with the paper’s Washington bureau, the Washington Free Beacon has learned. Sources said the meeting included Clinton advisers Philippe Reines and Huma Abedin, as well as Times Washington bureau chief Carolyn Ryan and national political reporter Amy Chozick, who has been on the Clinton beat for the paper. During the closed-door gathering, Clinton aides reportedly griped about the paper’s coverage of the potential 2016 candidate, arguing that Clinton has left public office and not be subjected to harsh scrutiny, according to a source familiar with the discussions. 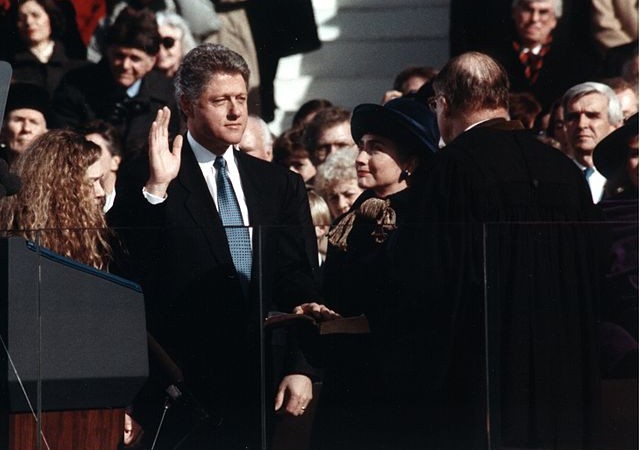 Which is precisely why we need it... 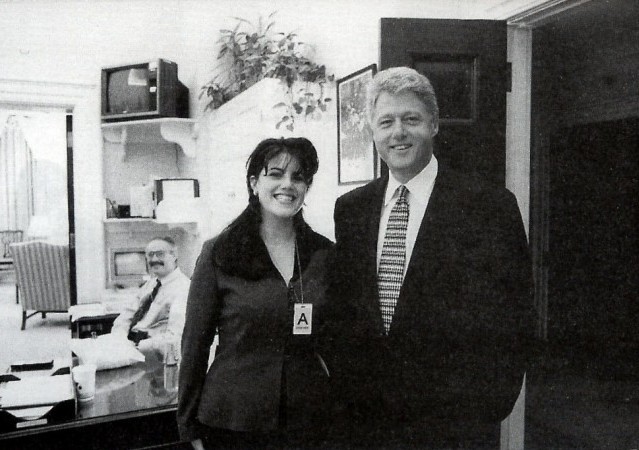 Monica Lewinsky: “Sure, my boss took advantage of me”

Posted by William A. Jacobson on May 06, 2014 32 Comments
From Vanity Fair, Monica Exclusive: Monica Lewinsky Writes About Her Affair with President Clinton:

After 10 years of virtual silence (“So silent, in fact,” she writes, “that the buzz in some circles has been that the Clintons must have paid me off; why else would I have refrained from speaking out? I can assure you that nothing could be further from the truth”), Lewinsky, 40, says it is time to stop “tiptoeing around my past—and other people’s futures. I am determined to have a different ending to my story. I’ve decided, finally, to stick my head above the parapet so that I can take back my narrative and give a purpose to my past. (What this will cost me, I will soon find out.)” ..., “Sure, my boss took advantage of me, but I will always remain firm on this point: it was a consensual relationship. Any ‘abuse’ came in the aftermath, when I was made a scapegoat in order to protect his powerful position. . . . The Clinton administration, the special prosecutor’s minions, the political operatives on both sides of the aisle, and the media were able to brand me. And that brand stuck, in part because it was imbued with power.”

Which brings to mind this Branco cartoon:
Read More

What difference, at this point, do The Hillary Papers make?

Posted by William A. Jacobson on February 09, 2014 18 Comments
Alana Goodman at The Washington Free Beacon has published The Hillary Papers (embed at bottom of this post). Here's Alana's summary:

The papers of Diane Blair, a political science professor Hillary Clinton described as her “closest friend” before Blair’s death in 2000, record years of candid conversations with the Clintons on issues ranging from single-payer health care to Monica Lewinsky. The archive includes correspondence, diaries, interviews, strategy memos, and contemporaneous accounts of conversations with the Clintons ranging from the mid-1970s to the turn of the millennium. Diane Blair’s husband, Jim Blair, a former chief counsel at Tyson Foods Inc. who was at the center of “Cattlegate,” a 1994 controversy involving the unusually large returns Hillary Clinton made while trading cattle futures contracts in the 1970s, donated his wife’s papers to the University of Arkansas Special Collections library in Fayetteville after her death. The full contents of the archive, which before 2010 was closed to the public, have not previously been reported on and shed new light on Clinton’s three decades in public life. The records paint a complex portrait of Hillary Clinton, revealing her to be a loyal friend, devoted mother, and a cutthroat strategist who relished revenge against her adversaries and complained in private that nobody in the White House was “tough and mean enough.”

Much of the portrayal is of the bitter, brutal, belligerent Hillary we all know. But her early support for single-payer, despite later denials, is directly relevant to the Obamacare debacle that will be an issue in the 2016 election. Again Alana summarizes:
Read More

To catch a predator takes a village....

Why didn't Bill Clinton run for President in 1988? I never really thought about it. Larry Sabato, as part of a post explaining why Hillary is not a "slam dunk" (h/t Hot Air), explains: After all, with just one exception, a Clinton has always tried for public office...