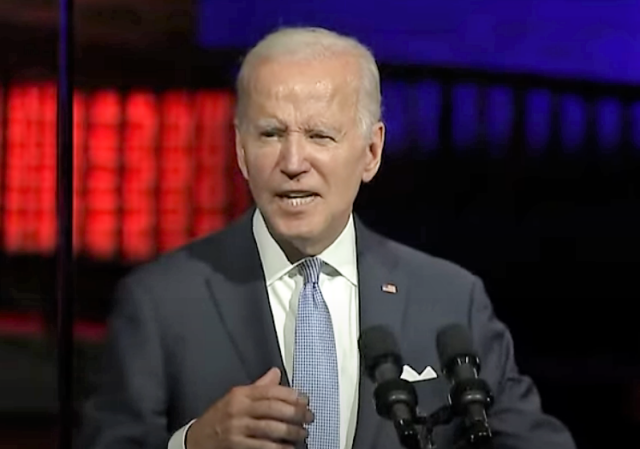 Following Joe Biden’s horrific and un-American speech this week, it feels like things changed. The country is different. He will be remembered for this and not in a good way.

It’s too late to take it back.

With the FBI raid on Trump it really feels like another country.

Nothing is shocking anymore.

The battle for the Senate is now more important than ever.

She is so bad at this.

This is not good.

I still can’t believe this idiot became president. Forget his cognitive decline. For decades he was a running joke in the senate, the ultimate horse’s ass. During the Bork hearings he beclowned trying to come off as a Matlock assuming the simple country lawyer persona hiding a foxy and keen intellect. Well, he just came off simple and cringingly pathetic.

BTW, where’s Kamala? Don’t they want to showboat her before the midterms? She must be hiding out in the new moon rocket.

“She must be hiding out in the new moon rocket.”

They’re keeping her away from the rocket. They’re afraid if she gets too close she might get on her knees and blow it away.