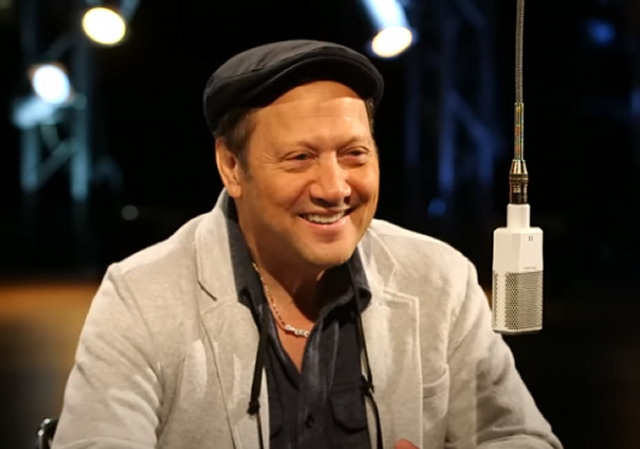 Actor and comedian Rob Schneider is one of the few openly right-leaning entertainers in the United States.

He appeared on Saturday Night Live in the early 1990s, and criticized the program during a recent interview with Glenn Beck.

Schneider accused the show of going too far left politically and pointed to one moment that ended the show as a comedy enterprise.

Rob Schneider voiced his opinion on the moment that he knew “Saturday Night Live” was “over.”

“I hate to crap on my own show,” the “Deuce Bigalow: Male Gigolo” star said during a Saturday appearance on “The Glenn Beck Podcast.”

He continued, “When Hillary Clinton lost — which is understandable. She’s not exactly the most likable person in the room. And then when Kate McKinnon went out there on ‘Saturday Night Live’ in the cold opening and all that, and she started dressed as Hillary Clinton, and she started playing ‘Hallelujah.’ I literally prayed, ‘Please have a joke at the end.’

In “SNL’s” first episode following Clinton’s election loss to Donald Trump, the show opened with McKinnon in character as the former presidential hopeful. The visibly emotional comedienne played a somber rendition of “Hallelujah” on the piano before turning to the camera and saying, “I’m not giving up, and neither should you.”

Watch the clip of Schneider talking about this below:

Comedy legend @RobSchneider tells me the moment he knew Saturday Night Live was "OVER": "I literally prayed, PLEASE have a joke at the end…" pic.twitter.com/Eyqh3GFnUG

In case you’ve forgotten, this really was pathetic.

Kate McKinnon singing 'Hallelujah' as Hillary Clinton on #SNL is so beautiful and moving. That gave me hope. 🙏 pic.twitter.com/Uzjc0WFUUO

Stephen L. Miller suggests that the show jumped the shark when they sang “To Sir, With Love” to then outgoing President Obama.

I once made a similar point about the show singing “All I Want for Christmas is You” to Robert Mueller.

The women of SNL singing 'All I Want for Christmas is You' to Robert Mueller in 2018 was a major turning point for the show. This is where the mask really came off. pic.twitter.com/jF0qT7IuyU

Cast member Kenan Thompson recently said that it might be time to retire the show. He’s right.

Kate is pretty funny in the alien encounter skit and the companion bit, the Kringlemous Christmas goblin routine.
SNL is well in its sour years.

She is cringeworthy in every single thing she does….just no.

SNL stopped being a comedy show when Bill Murray left. Or maybe Eddie Murphy … ok the Dana Carvey/Phil Hartman era was pretty good but they mostly have been coasting on Murray/Belushi/Radner for over 40 years now. It’s a joke, unlike the material on the show.

Any ensemble would suffer in comparison to the original “Not Ready for Prime Time Players”.

VERY briefly, there was a show called Mother’s Little Network that was quite funny. It cropped up, and disappeared just as fast.

They still had some good stuff when Ferrell was there, Celebrity Jeopardy is one of their all time best skits. There was a lot of political crap there, but there was still SOME good stuff, they really jumped the shark at that point though, they haven’t been relevant OR funny in 15-20 years at this point.

Celebrity Jeopardy was good but one of the few recent skits that worked for me was “Black Jeopardy.” If you haven’t seen them please check them out on YouTube.

The one with Chadwick Boseman was hilarious and could have been written by a conservative (though that was clearly not the intention). The Tom Hanks one was good too.

Other than that the show has been mostly shite for me since Eddie M who, to me, remains the single funniest performer ever on the show. There were some decent moment with Hartman, Farley and Spade. Matt Foley is a great character.

It happened a lot earlier than 2016, Rob. You simply weren’t paying attention.

Belushi and Aykeroyd, and the rest of the early cast, were wonderful. “Jane, you ignorant slut.” “Land shark.” “Rosanna Rosanna Danna.” But that was more than 40 years ago. I don’t think we are allowed such comedy anymore!

Besides Rob, there were a number of right-leaning comedians on the show before 2010 – Victoria Jackson, Dennis Miller, Norm McDonald, Adam Sandler, and I think a couple of others that slip my mind at the moment.

After 2016, it was not possible to be on that cast unless you were a raving, frothing, sociopathic Communist.

And female or gender queer

Please. It stopped being funny long before 2016.

That cold open is when they stopped TRYING to be funny.

Even the original cast was far harsher on Republicans than on Democrats.

She lost to Trump and she was floored
He stomped her good – ran up the score
I’m mystified that Bill would ever do ya.
She cursed the sky, she raised a fist
And drowned her sorrow with a fifth
The wicked crone left babbling “I’m a looser”

A friend pointed out I was pretty loose with the spelling of lose. Duh. 😉

I took that as a long enunciation for melodic effect.

And you can’t even let your children watch Sesame Street

We’ll be racists but not semi fascists

Oh Biden’s gonna throw it all out there tonight. He’s on a f-king roll.

He’ll be frothing from his eyeballs

I don’t remember the year, but the point I’ve always seen as The End was when David Spade got turfed for going off script live on air and pointing out how stupid and unfunny the sketches were. So 1995-1996 or so. Chris Farley was still alive.

That’s about right, maybe a year or 2 sooner.

His recent standup on Netflix laid out some bare truths that the left doesn’t like to hear.

Another Clinton turning point was Bill wriggling out of any real fallout for lying on the stand. All the enlightened said “Whatever, I don’t care what he does in his private sex life” WOMEN said this, disregarding the infidelity never mind the larger point of lying under oath until the DNA contradicted his lie.
Since then, lying is just accepted. The oily weasy Newsome told 3 lies in one sentence regarding his party at French Laundry and went on to survive the recall. Pelosi gets her hair done during lockdown and says she was “set up”. Countless examples daily.
SNL comedically was already dead. As far as best era, the 70s stuff didn’t age well. The 80s had some good moments, but the early 90’s cast was stacked. Mike Meyers, Dana Carvey, Phil Hartman, Chris Farley, Sandler, etc etc Even Will Ferrell showed glimmers as GW Bush.

The “Tales of the Arkansas State Police” was one of the funniest, and most truthful, bits that they did. Showing Hillarity as a DV abuser was just perfect. Losing Miller and McDonald off of Weekend Update certainly changed the tone of the show, and I bet I stopped watching after that. Even then, it was taped and watched in 10 minutes with liberal FF involved.