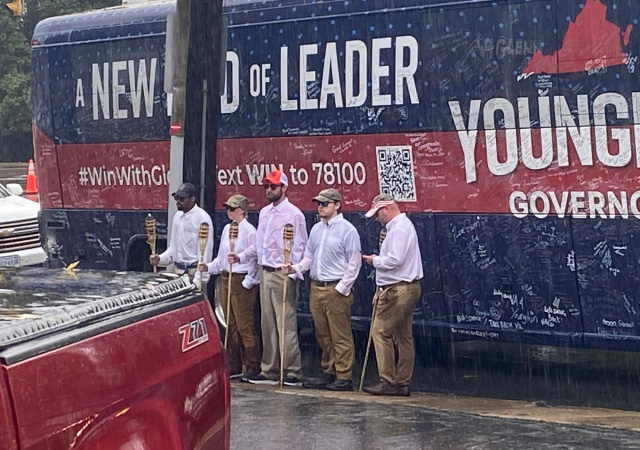 The race for governor in Virginia is looking good for Republican Glenn Youngkin and Democrats are making themselves look like fools.

The Biden administration is focused like a laser on the important issues.

The media is doing everything they can to cover for him.

The squad is useless.

Alec Baldwin may have a serious problem here.

That black white supremacist still cracks me up.
Couldn’t they at least find somebody who resembles Larry Elder?

Democrat Party seems to have nothing but dirty tricks and lies to campaign on.

I guess the truth just would not work. The true campaign speech would go something like this —

Ladies and gentlemen, I am running for [ insert governor/ congress/president] and I need your vote. Let me tell you what I’m gonna do for you when I get into office. My agenda is comprehensive and much better than my opponent.
First, I will mandate that everyone worship the god of DEI (diversity Equity and Inclusion). Every white and asian person will be relegated to second class status. All government jobs and contracts will only go to whites and asians after they were first offered to other non-white and non-asian folks.

Next, the Border will be eliminated and USA will actually merge with central america. Let’s all welcome 220 million new Americans. The 40 million “undocumented” who are already here will get full citizenship and each will get $300,000 for their hardship of having to hide from ICE. We will now double taxes on white ad asian people to pay for the transfer of funds to our new citizens. the 260 million new citizens will all get absentee ballots mailed to them and a hotline will be established to assist them in castiing their first ballots as Americans. We will officially declare Spanish as the primary language of America – there will be subtiles in English to assist those old times who still speak only English.

Those in the top 20% of incomes will have tax rates of 80% so they can “pay their fair share” while those in the bottom 50% will no longer have to pay any tax or even file with IRS. This is not too much different from the current situation because as it stands now – the bottom 40% of incomes pay nothing or nearly nothing.

We will send the rest of our manufacturing to China – the 15% they do not already have. But the good news is our readjustment plan includes free marihuana and fentanyl for all the midwest ad southern workers who will lose their jobs. It’s okay – most of them never vote for us anyway.

We will ban any non-government schools and there will be no hoe schooling option anymore.

Local Police will be disbanded. There will only be federal police and they will only enforce the laws the Democrat Party deem proper. Prisons will be shut and prisoners will all get social workers who will give them a stern talking to about their crimes and help to rehabilitate them

There will be a mandatory gun buyback program. All guns must be turned in we increases taxes to fund the buyback.

We will stop the use of coal and wind down all oil production in the USA. I am proud to announce America will be green. There may be rolling nationwide blackouts – but that is a minor price to pay for climate protection. Unfortunately, China and Russia will not do the same and so that means we have to do even more to protect the planet.

Family units must break up. Marriages will only be allowed for 5 years after which they are automatically null and void.

Puerto Rico and Washington DC will be admitted to Congress and therefore 4 new Democrat Senators will be seated – turning the Senate into a Democrat majority forever.

Schools will no longer fly the American flag or host the flag in classrooms. They will fly the LGBTQ+ Flag and will pledge allegiance to DEI until American “whiteness” is made to DIE.

Please vote for me. But I just want to say that I do not accept votes of Asians or whites unless they have admitted their privilege or have signaled their virtue by giving at least $5,000 to my campaign.

Thank you all for coming here today.

Read a few articles laying blame at the ones raising their hands, but two are known Democrat operatives wiping out that false confession.