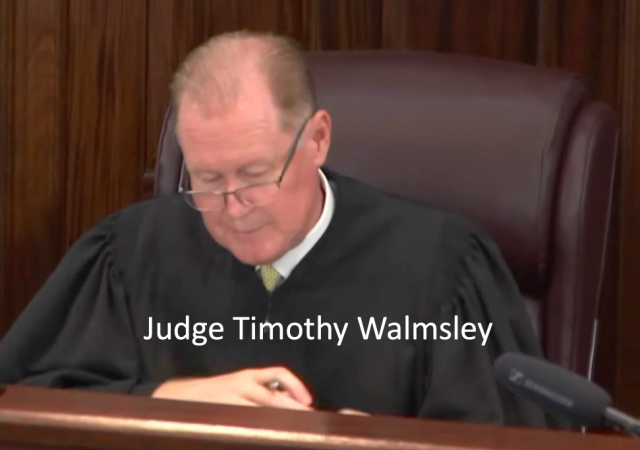 Welcome back to our ongoing coverage of the Ahmaud Arbery case, with day six of jury selection, or voir dire, for the trial of Travis McMichael, Greg McMichael, and William “Roddy” Bryan on murder and other charges over the death of Ahmaud Arbery on February 23, 2020.

Today we expect the jury selection process, or voir dire, to continue. Today I anticipate the court will begin with a new group, the sixth group to date, of 20 prospective jurors subject to general voir dire this morning, followed by individual voir dire of members of that group in the afternoon, as has been the pattern throughout last week.

The media is reporting that so far there have been about 32 prospective jurors who have made it through general and individual voir dire, and who are said to have been “qualified” for yet a third level of voir dire. Judge Walmsley reportedly wants 64 prospective jurors “qualified” in this manner, to allow for that third level of voir dire that will ultimately distill that group to the 12 jurors and 4 alternates needed for trial.  So, the current group of 32 qualified jurors puts the court halfway to its goal of 64, achieved after five full days of general and individual jury selection.

At the current rate, it could take another five days to choose the remaining 32 “qualified” jurors, and then the 64 “qualified” jurors must be put through yet a third level of voir dire to winnow that group down to 16.  This suggests that a jury may not be seated until near the end of next week, the first full week of November (and by which time the Kyle Rittenhouse trial would have been underway for a full week, having started on November 1).

A key reason for the slow pace of voir dire has apparently been that so many prospective jurors have already arrived at an opinion as to the guilt of the defendants, having previously seen the infamous video of the final confrontation between Ahmaud Arbery and Travis McMichael, as well as having been subject to some 20 months of media coverage and propaganda around the case.

While noting that so far the court is only “qualifying” prospective jurors and not actually seating jurors, it would appear that the threshold of impartiality that must be evidenced to be “qualified” is rather disturbingly low.

Another prospective jury was deemed “qualified” despite telling the court that his perception of Ahmaud Arbery’s death was that it was three persons armed with guns who attacked one who was unarmed.

A woman questioned yesterday reported that she supported the Black Lives Matters movement, and currently believed that the defendants are guilty of murder, but then noted “but I think there are all kinds of circumstances that could probably justify murder.”

Judge Walmsley is providing the state prosecutors with the opportunity to formulate any arguments they may have against this motion before he rules on these three additional questions.

We were also able to obtain about 40 minutes of video, with audio, of the debate among the parties during individual voir dire yesterday, to perhaps help everyone get a flavor for how that is going.  This video was taken in the courtroom after individual questioning of jurors was completed, and without any jurors present, so there is no violation of Judge Walmsley’s prohibition on broadcasting individual juror questioning.

You can find our analysis of yesterday’s voir dire here:

Is Ellington a case? If so, please cite it. Or does it refer to Judge Ellington? Either way, this was confusing, and would you please provide analysis, relevance, and effect? Thanks.

See if this works:

Thank you for the reply. The facts/circumstances in these cases are substantially different, i.e., familial killings vs stranger killings, to differentiate voir dire between them. So, I do look forward to Andrew’s analysis, relevance, and effect commentary.

In todays context the issue was in respect to expanding questioning during voir dire as to plausibility of considering self defense finding if a juror was aware that one party was armed and another was not. The concern is with avoiding introducing any of the actual case facts.

In Ellington, jurors indicated that had they known that two of the murders were children that they would have come to a different deliberation or finding in their decision.

The judge in this case says that they are dissimilar cases:

Laura; #3, just making sure we perfect the record. Q: Could you meaningfully consider self-defense if Ahmaud didn’t have a weapon? My understanding of Ellington, two-part ruling, first do you believe that to be a critical fact for analysis, and second can defense use it during voir dire.

Judge: Not sure I understand what you think court needs to do. Gives court broad discretion in voir dire. Know number of cases, some I cited here, addressing vetting potential juror on potential defenses. Going as far as to say that may be improper voir dire. Court is permitting questions about whether jurors would consider defenses, but whether we start gettting into facts, hypotheticals, that is objectionable. Already ruled that #3 is not being permitted, adding in facts about a question to a potential defense. Also, if defendant didn’t testify still consider meaningfully self-defense, not allowed, already allowed to ask if they will consider self-defense”

This is a fascinating question. I’d move to disqualify anyone who gave different answers between the three questions (467, 498, 501) on the grounds that they’ve clearly been paying a lot of attention to the case and are thus more likely to have been influenced by media coverage. Be interesting to see if any of them actually go forward.