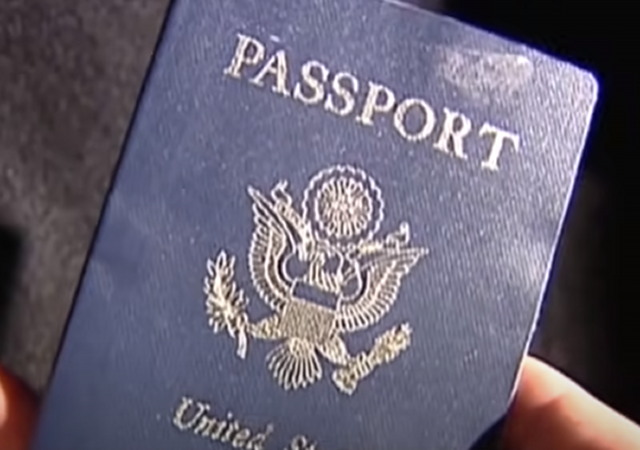 The State Department is rolling out a new “X” gender designation for passports and it’s being hailed as a “milestone” for passport applicants who don’t identify as male or female.

There are still Americans stranded in Afghanistan, but the Biden administration has its own set of priorities.

The United States has issued its first passport with an “X” gender designation — a milestone in the recognition of the rights of people who don’t identify as male or female — and expects to be able to offer the option more broadly next year, the State Department said Wednesday.

The U.S. special diplomatic envoy for LGBTQ rights, Jessica Stern, called the moves historic and celebratory, saying they bring the government documents in line with the “lived reality” that there is a wider spectrum of human sex characteristics than is reflected in the previous two designations.

“When a person obtains identity documents that reflect their true identity, they live with greater dignity and respect,” Stern said.

The department did not announce to whom the passport was issued. A department official declined to say whether it was for Dana Zzyym, an intersex Colorado resident who has been in a legal battle with the department since 2015, saying the department does not usually discuss individual passport applications because of privacy concerns.

Just yesterday, the State Department spokesman made a statement about gender for “Intersex Awareness Day.”

.@StateDeptSpox on Intersex Awareness Day: As @POTUS and @SecBlinken have made clear, it is the policy of the United States to pursue an end to violence and discrimination on the basis of gender, sexual orientation, gender identity or expression, or sex characteristics. pic.twitter.com/kJPOLhWNch

Doesn’t the State Department have bigger issues to deal with right now?

This will especially come in useful when the Biden State Department abandons you in a hostile foreign Country. https://t.co/2CCPyrYRiV

For you Americans trapped in Afghanistan, don't worry. We're on it. https://t.co/MO0Evb8v7L

The U.S. is politically persecuting American Citizens, the Southern Border is being invaded, and we’re on the verge of economic ruin but don’t worry—

The very first passport with an ‘X’ gender marking has been issued. https://t.co/lvB7to1Gn4

It’s just stunning to see the State Department focused on this as the United States faces multiple, major issues on the world stage.

Nothing better to do.

ima laugh my MFAO when snowflakes start getting denied entry into countries because of this wilful stupidity on the part of our woke bureaucracy.

the wails of anguish will be music to my ears and their tears too tasty to describe.

oh well: the US had a pretty good run while it lasted. i’m glad i didn’t have any kids to leave this shitshow to.

Yeah somehow I don’t think this is going to work out in say Iran or even Saudi Arabia for that matter. Get it and put it on a shelf sure. Try and use it in a place where they don’t care …not so much.

Just offhand in Saudi males don’t require an escort but everyone else does so good luck with an x, it won’t be the talisman you think it is.

Yup, my very first thought was, “whatcha gonna do when your destination country rejects it?”

Are we really this stupid? Stand up to these bullies.

As Benny said: Gotta be This or That!

Yeah but they don’t cater to conservatives.

I may be “G”, but have no, and want no, connection with the groups that say they speak for me. They don’t.

My main man Grizzly Bear tells it like it is.

Until 1996, we had a federal Board of Tea Experts who personally tasted all imported tea. Before that, we had a National Screw Thread Commission, in charge of making sure that bolts threaded properly into nuts. Because without our Federal Government, the world would just grind to a halt.

We need to reimplement the National Screw Thread Commission, henry, because some of these nuts don’t fit properly.

Which countries will accept this? I don’t see it having the same near universal acceptability as a real American passport.

It is a real American passport. And other countries don’t get a choice on whether to accept it. It is what it is. They don’t have to let Americans into their country, with or without a passport, but they don’t get to decide what our passport looks like.

if i were a sane country, i’d deny entry on the grounds that the information given is inaccurate, making the document invalid.

there are 3 options here, you can be:
Male
Female
Mentally Ill

and mental illness is grounds for denying admission, along with the document itself being inaccurate.

And, your stating of that fact obviously earned you a down-tick.

Yep that’s correct and we are potentially provoking a diplomatic dust up. I don’t think these folks at State have thought this through.

Aw, come on, man!
The entire Biden Administration can be described by the MadLib,
“I don’t think the folks at ________ have thought this through.”

Well BS and symbolism does seem to be the extent of the planning for the Biden Admin. See Afghanistan pull out.

Sick puppies
They believe they can force us to buy into this BS
NO, a thousand times NO!

What was wrong with Y or N

No one EVER picked N

Amelia Earhart did, and look how it worked out for her.

Why do we have a State Department again?

to provide aid and comfort to our enemies…

They throw the most AMAZING cocktail parties and and other such events where the taxpayer foots the bill for expensive bubbly intoxicants and fish eggs.

And what happens when someone is denied entrance to a foreign country because they do not recognize “x” as a gender?

1. Go back home.
2. Go to another country.
3. Change your stupid ass passport.

My first question as well. Passports are for identification purposes. One is a male or a female. Period.
I hope this happens a LOT.

That’s very unlikely to happen. But if it does, then the same thing that happens whenever they deny a US citizen entry, for any reason.

Ok. But if a Muslim country does this? I love how the left ties itself into knots trying to decide which victim group outranks the other on the totem pole.

And in case you haven’t noticed, U.S. citizenship is being given away for free at the border.

Yet, they keep getting away with it. That’s the part I don’t love.

And the world laughs. At us.
.

Shouldn’t it be ‘Z’ so it doesn’t get confused with the ‘X’ and ‘Y’ chromosomes?

either “S” for stupid, or just “BS” for the obvious reason.

we are no longer a serious country.

We once were. Quite the shame.

“…The last horse-mounted cavalry charge by a U.S. Cavalry unit took place on the Bataan Peninsula, in the Philippines in early 1942. The 26th Cavalry Regiment of the allied Philippine Scouts executed the charge against Imperial Japanese Army forces near the village of Morong on 16 January 1942.[7]…”

I would say I’m sorry. But I’m not. I’m wondering if a nation that can’t mount a decent cavalry charge even has a right to exist. Or, forget horses. Destroyers. Leyte Gulf. All Admiral Sprague had to say was, “Small boys, attack.” And little Sammy B the destroyer escort responded, “Do you mean small small boys?”

Nobody said no. So she went and gave her all.

“USS Samuel B. Roberts – “Destroyer Escort That Fought Like a Battleship” in the Battle of Leyte Gulf”

The Japanese were so confused. The light escorts of Taffy 3 punched so much above their weight the Japanese thought they were fighting capital ships. They turned tail and fled.

In case some of you might be tempted to think I’m unfairly partial to the sea services I leave you with this.

Wait until a person with X gender is stopped in a nice “religion of peace” country, nothing like putting a big sign on yourself I am gender confused.

You check in but you don’t check out.

Was this done in response to a change in the law or did the uber-woke State Department make this change on their own?

Let’s all take three guesses, and the first two are nonbinary.

I am not a bad @$$. I want to make that clear, if there were any doubt. I was intel. Eventually I wanted to be EOD. Which was no small hurdle, and I passed it. But then I found out I’d have to be a Surface Warfare Officer to go EOD. Conventional divers have to be qualified to command ships. But not SPECWAR types. So I was like, F U Navy, And it kicked my @$$. Let’s just say trying to become a SEAL is competitive. I’m not a bad @$$. But I know where they are proven.

I only mentioned my pedigree because up until like 5 minutes ago it would have seemed entirely normal. Now, the word normal is racist.