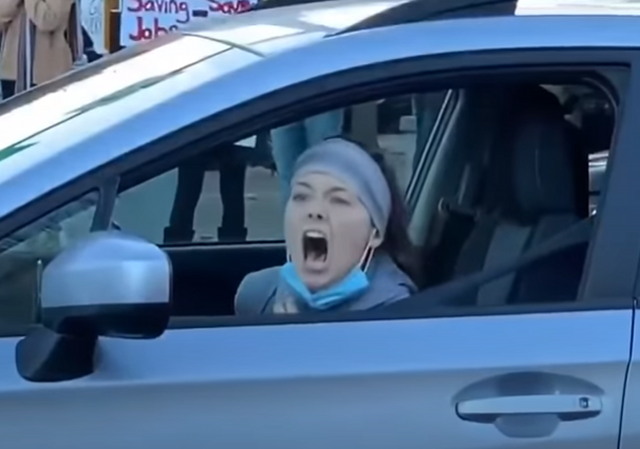 Democrats and their allies on the far left have been screaming about the 2016 election for four solid years. Now they want anyone who opposes them in any way to just shut up.

Some of the censors are being rewarded.

This was largely ignored by the media.

Reality is being changed to benefit one party.

Even if all the legal challenges fail, millions of people are not going to accept the 2020 outcome.

Democrats blame the GOP for simply repeating what Democrats said for months.

This madness has to end.

A leading voice in the Russia collusion hoax.

“Democrats and their allies on the far left have been screaming about the 2016 election for four solid years. Now they want anyone who opposes them in any way to just shut up.”

Seriously, this is the most succinct summation of 2020 I’ve seen so far, and I doubt anyone else will beat it in the 18 days left.

There were rallies in Oly Wa for the past 2 saturdays. Yesterday was a lot of lock down protests and some other groups- proTrump. BLM / Antifa showed up as usual and someone unholstered. MSM is doing everthing possible to paint this as you’d expect, but the local equivalent of Andy Ngo was reporting the shooting took place near a Chase bank parking lot where Antifa was vandalizing cars. Similar to everthing else they’ve done it’s safe to assume what went down and antifa is playing victim.

Make no mistake about it, the violence by antifa is government sanctioned here by both the cities and Governor Inslee. Arrests/prosecutions are only happening when anyone stands up to antifa’s club/hammer swinging thugs. The elected officials are using them as their brown shirt enforcers.

The other thing that has become clear is that the governors are using the lock downs to destroy the livelihoods of those who oppose them. The only ones being hurt in Wa by the economic destruction are those who don’t support the dems.

They are ruining those who simply exist in Oregon.

A blind squirrel can still finds its nuts by smell. I guess Ted has WuFlu since his sense of smell is diminished as well.