“which the City Council will moronically funnel into other city services, including mental health teams to respond to some 911 calls instead of police officers” 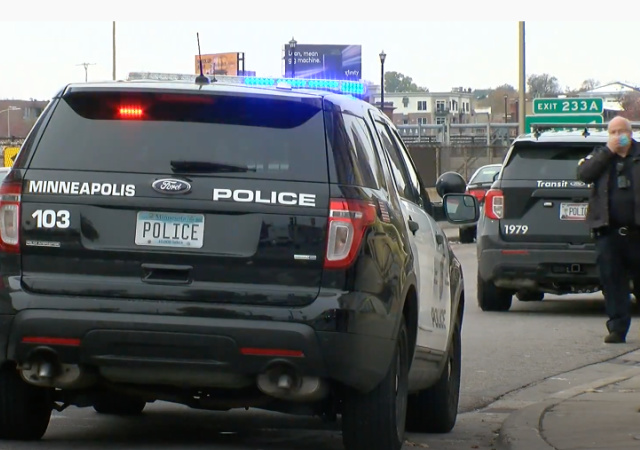 The Minneapolis City Council is moving to cut the city’s police budget by $8 million. At what point do the people who live in the city and pay taxes realize that their leaders are actively working against them?

What other conclusion could one reach?

Even these councilors know the importance of police. Why else would they have hired private security for themselves? Is their safety more important than other people who live there?

The Minneapolis City Council continues to beclown itself as violent crime continues to rage in the city nearly six months after George Floyd died while in the custody of city police.

Apparently “forgetting” that just last month it approved a plan to bring in outside police officers to help quell the soaring violence — made necessary in part by city cops taking early retirement or suffering from PTSD as a result of months of rioting — the City Council on Thursday voted unanimously to slash 8 million dollars from the police department’s budget, as reported by the New York Post. Can you spell “g-e-n-i-u-s-e-s n-o-t”?

As the Post reported, the department’s $179 million budget was cut by $8 million, which the City Council will moronically funnel into other city services, including mental health teams to respond to some 911 calls instead of police officers and the always-very-effective [sarc] “violence prevention programs,” as part of its equally-moronic effort to “transform” public safety in a city that saw anarchists destroy lives and businesses in the aftermath of Floyd’s death.

Why would anyone own a business in downtown Minneapolis for as long as this is happening? Rioters burned down parts of the city over the summer and this is the response from city leadership?

Just a little over a week ago, the Star Tribune reported that violent carjackings in Minneapolis are up by a jaw-dropping 537 percent compared to last year:

A housekeeper arriving early to her shift in south Minneapolis was confronted by two hooded teenagers outside her driver’s side window.

One pointed a gun at her head, demanding that she get out, before firing three shots: two ricocheted off the window and a third struck her side-view mirror.

The woman threw her car into reverse, sending the teens fleeing in the stolen car they arrived in, the latest in a series of brazen attempted armed robberies and carjackings in a wave that is stretching across the city. Minneapolis residents are grappling with a triple-digit percentage increase in these crimes, and incidents occurring at all hours, including broad daylight…

Over the past two months, Minneapolis police have logged more than 125 carjackings in the city, a troubling surge that authorities had largely linked to small groups of marauding teens. But an increasing number of adults have been arrested in recent weeks for the same crime.

Within a one-hour period Saturday morning, police reported three separate carjackings in southeast Minneapolis, including one where an elderly woman was struck on the head. Such attacks are up 537% this month when compared with last November.

Of course Ilhan Omar, who also has private security, is all for this:

Don't fall for the fear-driven narratives.

The next time someone in Minneapolis complains as they’re being carjacked or their business is being looted and burned down, just tell them not to fall for “fear-driven narratives.”

Why taxpayers in Minneapolis put up with this is beyond comprehension.

But, where will we get our thermostats? (I guess the same place as Honeywell does now: China!)

Will the last decent person out of Minneapolis please bring Mary’s statue?

Lol
And don’t forget to turn out the lights…
Well no businesses, no tax money, so pass out the candles before you leave

notamemberofanyorganizedpolicital in reply to gonzotx. | December 11, 2020 at 4:38 pm

And don’t forget to throw your hat into the air while twirling around like the typical duped Democrat idjit!

Most cities will continue to decline, they really have little purpose now, other than housing dredges of our society.

A week or two ago I was running errands and listening to NPR, for lack of anything better. There was a guy pitching a line that cities account for most of our GDP. Basically he was claiming that people needed to be packed in denser conditions. He claimed that cities subsidized people outside those cities. That is most certainly not the case in Michigan.

I wonder how long it will take for one of these “mental health teams” to get taken hostage, or gunned down.

I’m sorry, but you get the government you vote for. And the people of Minneapolis voted for a bunch of idiots.

LA City Council just did the same exact thing. Massive budget deficit and so far, the only cuts are to the police.

Ditto in Austin. We haven’t seen a crime surge yet, but then I don’t trust the stats coming from APD. They’ve been gaming them ever since the city council, in it’s infinite wisdom, decided to put a massive homeless shelter right downtown, smack-dab in the nightlife and campus areas. There is tons of anecdotal evidence of assaults and other violent crime that doesn’t make it’s way into the official stats. I’ve gotten to the point that I just don’t trust any government critter to be honest or truthful about anything.

I live right outside of Austin, lived in Austin for years. People don’t know what a wonderful town it once was.
I lived boating on the lake, partying with friends at all the establishments…but…
All the old establishments gone, for high-rises, restaurants and bars could retire on money from the land, but oh, old Austin is gone…

Now you can not go to 6th street, anywhere downtown and not be physically or mentally assaulted by the thousands of aggressive homeless.
Too much DotCom money has ruined that town.
Can’t drive in it and the fun places are gone…

as an instructor, years back, related: ” once you’ve familiarized yourself with an individual’s background, their habitual activities, the particular nuances of their daily routine, only one other thing is required: proximity. “

What do Keef Ellison and nation of islamistan, say?

They say hire not Mohammad Noors for the police force. LAW AND ORDER! Shoot first and ask questions later.

Seems like a ploy to pay their pet projects, cut police budget, then cry to federal goverment for relief to stem rising crime in their cities.

Stupid spoiled socialist brats in big cities are too ignorant to understand that relatively safe and clean cities IS NOT THE HISTORICAL NORMAL, and took a concerted effort by a huge number of people over a decade long to turn crime-ridden cesspools like NYC into livable cities.

Characters like Batman were created and struck a nerve because the public saw big cities like New York as crime-ridden cesspools that would take a superhero to set right again.

And these stupid ignorant jackasses want to bring it back.

*yawn* So, continued liberal insanity. How novel. Look, as long as people indulge loony-toons, then they get what they deserve. When common citizens begin traveling through the city heavily armed, so they can get through their day, then there will be no need for the police. They can spend the money saved on the coroner’s office to handle the dead body pick-up. When faced with a threat out the law and a government which will do noting to combat that threat, the populace will also ignore the law. Of course, once that happens, then it is very difficult to reestablish the rule of law.

Mac45. Someone said on another blog a month or so ago that police were not there to help the average citizen, police (and the court system) were there to protect the criminals from society when society gets fed up. More and more, I believe that.

Abby Hoffman and his crowd Miss name of the police when they started calling the pigs. More and more I think of the average police force has dogs. Why? Because their loyalty is to whoever it is that feeds them.

The vast majority of LEOs serve the community, that’s the residents. They do this by enforcing laws and ordinances. Now, LE is shackled by the Constitution, court decisions and politicians. The individual LEO will do what he or she can for the individual citizen, but there are many things that the LEO has ot authority to do. And, it becomes even worse when he has to battle insane politicians and insane courts.

One of thee biggest problems that a LEO faces, is a lack of support from individual members of the community. This breeds a certain attitude, among LEOs, that they do not owe the community anything. If the community wants to let criminals roam the streets and put cops out of work or in jail for enforcing th law, well, they can have exactly what they are asking for. Of course, if the LEO gets shafted for doing his job and gets shafted for not doing his job [because that is what the people, through their elected politicians, want] they will leave and go somewhere where the rules are cleared.

Minneapolis must be in the lead for the City of the Year Award.

I think they should cut the police funding by 100% and let BLM and Antifa do the policing.

But first, we build a huge wall around the city.

I’ve tried to get official information about the following question online, but it appears one has to contact an actual insurance agent to obtain the relevant info:

What are the business insurance rates in Minneapolis now and in the immediate future, as opposed to what the rates were from January 2018-December 2018?

I know that homeowners insurance takes into acccount how far a home is from the nearest fire hydrant, and what the distance is to the closest fire station. I’m sure that the same applies to businesses, and one would have to infer that response time to 911 calls and the prevalance of crime in the neighborhood would affect the rates for both large and small businesses.

My brother is a VP of a major insurance company and a certified actuary. He’s advised me informally that rates in Minneapolis are now the highest within the continental 48.

“Come quick!! The Crips and the Bloods are having a shootout!!”

Response from the 911 operator:

“We’ll send three psychologists to handle the call, with two social workers as backup. They will defuse the situation.”