YouTube to remove videos suggesting “fraud or errors changed the outcome of the 2020 U.S. Presidential election”

YouTube to remove videos suggesting “fraud or errors changed the outcome of the 2020 U.S. Presidential election”

What’s it to YouTube if people speculate, discuss, or perform armchair investigations? 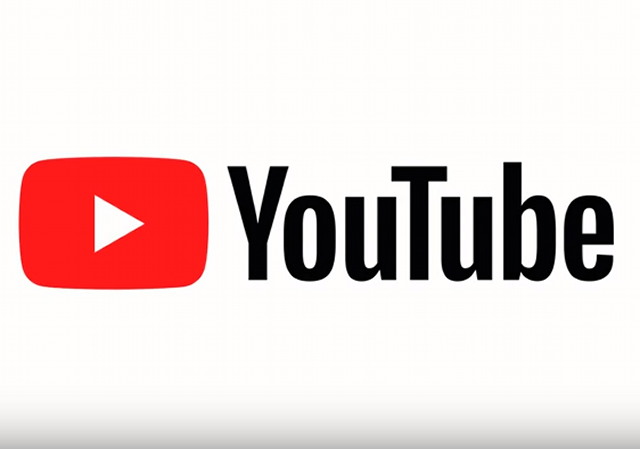 YouTube announced Wednesday that it will remove content posted that “misleads people by alleging that widespread fraud or errors changed the outcome of the 2020 U.S. Presidential election.”

Yesterday was the safe harbor deadline for the U.S. Presidential election and enough states have certified their election results to determine a President-elect. Given that, we will start removing any piece of content uploaded today (or anytime after) that misleads people by alleging that widespread fraud or errors changed the outcome of the 2020 U.S. Presidential election, in line with our approach towards historical U.S. Presidential elections. For example, we will remove videos claiming that a Presidential candidate won the election due to widespread software glitches or counting errors. We will begin enforcing this policy today, and will ramp up in the weeks to come. As always, news coverage and commentary on these issues can remain on our site if there’s sufficient education, documentary, scientific or artistic context.

As we’ve discussed at length, social media giants are no longer platforms, they are publishers who have for some time now operated as the arbiters of reality and truth, while literally constructing alternate realities, by intentionally blacklisting a very specific set of content. It’s horrifying, truly.

What’s it to YouTube if people speculate, discuss, or perform armchair investigations? Particularly in a midst of a complete media blackout (i.e. Hunter Biden, Trump Russia Hoax nonsense) of claims of fraud by a media who is completely untrustworthy. Can we not trust the public to figure this out for themselves? Apparently not.

As I’ve said since the election, you cannot gaslight 73 million people into believing what they witnessed did not happen, neither can you expect 73 million people, who are tired of being bullied by increasingly brazenly hypocritical local and state governments, to accept this nonsense wholesale and without retribution of some kind.

On @YouTube election fraud coverage banned, but Trump being a Russian spy is just fine pic.twitter.com/h9Xb1LBuaK

Remember how they sat on Hunter Biden’s Pedo Sex videos and laptop for a couple of years too?

There is no way Creepy Uncle Joe beat Trump without fraud on a massive scale.

It may just be the student council in charge, not the Chinese.

The tech overlords bare their teeth. “Freedom of speech? What kind of bullshit is that, prole?”

Are these Silicon Valley twits so utterly self-absorbed, narcissistic and arrogant that they can’t fathom how thoroughly Orwellian and totalitarian these censorship antics rightfully appear, to rational minds?

Yes. The answer to your question is yes.

Communists are stupid, it really is that simple.

If the SCOTUS decides to hear oral arguments in the Texas case, will YT ban CSPAN? How about YT commentators that live stream the arguments. I know fo a certain lefty “for the birds lawyer” lawyer who it would be fun to report to YT during such a stream.

“But by far the more important reason for the readjustment of the past is the need to safeguard the infallibility of the Party. It is not merely that speeches, statistics, and records of every kind must be constantly brought up to date in order to show that the predictions of the Party were in all cases right. It is also that no change in doctrine or in political alignment can ever be admitted. For to change one’s mind, or even one’s policy, is a confession of weakness… Thus history is continuously rewritten. This day-to-day falsification of the past, carried out by the Ministry of Truth, is as necessary to the stability of the regime as the work of repression and espionage carried out by the Ministry of Love.”

As a close friend said: “When they froze the count on election night and essentially told America to go to bed.. I’ve never felt such a feeling of ‘war it is.’”

What’s it to YouTube if people speculate, discuss, or perform armchair investigations?

They are complicit, and don’t want the crime exposed.

Just in case anyone doubted that leftists are all fascists at heart.

So many Bidenites have been played. Showing totalitarian affinity just as desired. It will get worse. Trump may have sucked. This sucks more. It is illiberal. The manipulated lemmings (obsessed with Trump) will not realize the damage until they no longer have the Constitution to protect themselves.

Every previous generation preserved the Nation. That is in jeopardy, in favor of a global system that will be more oppressive and less tolerant of the values and human rights that developed in America way before the age of supranationalism existed. Which means it is superior. For example, we don’t cut off the hands of thieves, or even hate speech. Sorry, the least common denominator approach to human values should not become the standard for all. That is exactly what the abusers want. That is where we are headed.

Better to fight for our values and not be afraid to go it alone when necessary. We are supposed to be the leader. That is why people yearning to be free seek us out.

Why anyone believes that big tech lords, the media, and even corrupt Democrats have their back is hard to understand. Everyone outside the close circle is a target to manipulate and serve their interest. Talk about systemic corruption. They head down a path that will turn individual desire and motivation into dust, and the system will inevitably follow, leaving them with rubble. Good luck.

If you link to a YouTube video, put a dash after the T
(yout-ube.com)
That kills an ads. Starve the leftist bastards.

Most browsers have adblocker extensions that will also take care of the problem. I use four different ones, and haven’t seen a YouTube ad except on my phone in years.

Whatever method people use, it’s important to starve the beast as much as possible. Every time YouTube runs videos without advertisements it’s costing them money. And people should avoid any of the premium services they “offer” (meaning constantly berate people to join). No paid music, no “rent or buy” for movies, nothing.

Oh, I’m sorry, is a private company that paid billions of dollars to create its own massively distributed video distribution platform taking your free shit away? Well, you should totally get the government to use its monopoly on the use of force to make them give you more free shit.

Further proof that everyone is a Communist when it comes to their free shit.

Good grief, the issue is censorship, not “free stuff”. Do you honestly believe people that read your comment are just as stupid as you are?

Which leads to the question, can a judge or bureaucrat remove YouTube’s 230 protections for an obvious violation?

If Trump is re-elected, surely there will be an untold number of loony lefties who will vent their apoplectic rage in videos that they will then upload to Youtube. Will those videos be removed because they dispute the results of the election?

They own the playground AND the balls.

Morphing from being a “tube” to giving folks the shaft.

Pravda and Izvestia are jealous.