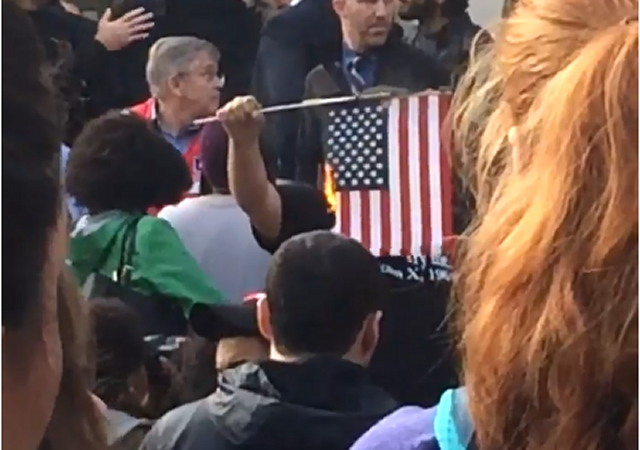 They might feel differently if they ever defended it in uniform.... 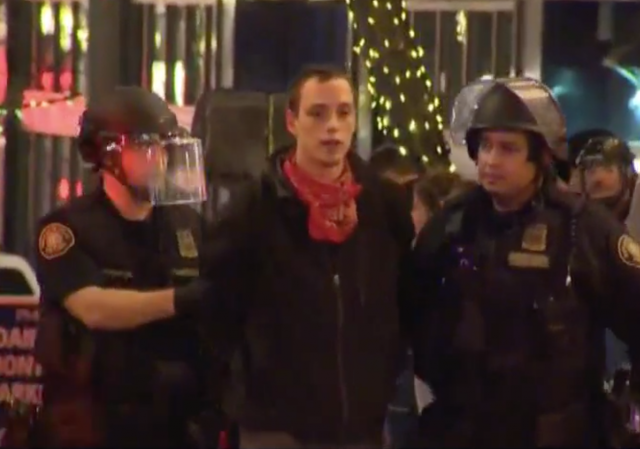 Posted by Kemberlee Kaye on November 15, 2016 21 Comments
My, my, my. What do we have here? According to KGW8, more than half of the anti-Trump protesters arrested in Oregon didn't even vote. Raise your hand if you're surprised.
Read More 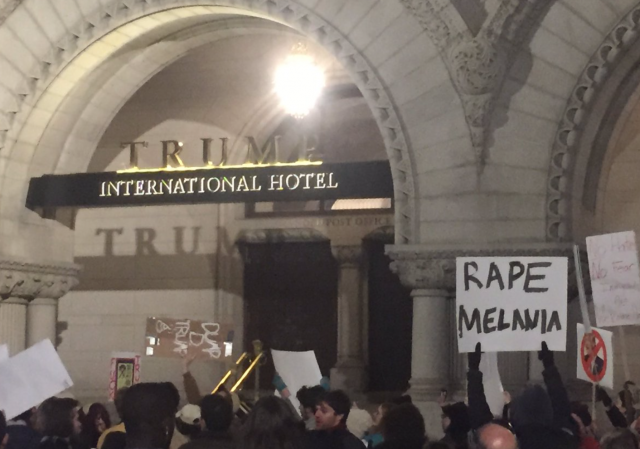 Posted by Kemberlee Kaye on November 14, 2016 22 Comments
As you may have noticed, half the country has lost its damned mind. Case in point, this protester toting a sign advocating for the rape of president-elect Donald Trump's wife, Melania: 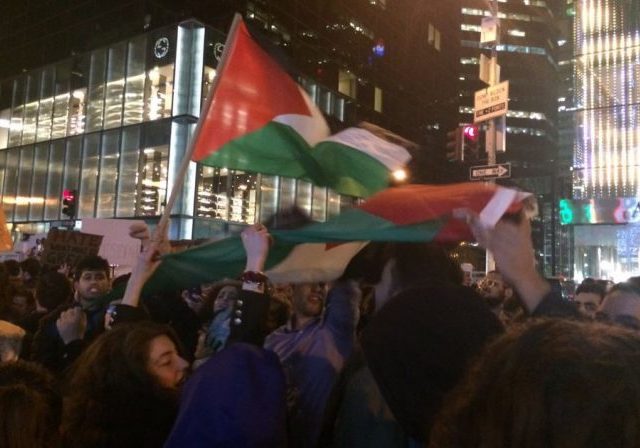 Posted by William A. Jacobson on November 14, 2016 6 Comments
Anti-Israel activists, usually acting under the banner of the Boycott, Divestment and Sanctions (BDS) movement, repeatedly try to hijack unrelated causes to turn them against Israel. We have documented such actions many times, including with regard to Ferguson (Michael Brown) and Baltimore (Freddie Gray) riots, Eric Garner protests, the Standing Rock Sioux pipeline protest, domestic U.S. police shootings, Reclaim MLK marches, and the Black Lives Matter movement, among others. None of this is solidarity. It's conquest of other peoples and movements to redirect them to and focus attention on the BDS anti-Israel agenda. It is a form of Settler Colonialism, BDS is a Settler Colonial Ideology. Not surprisingly, BDS groups are attempting to inject themselves into and dominate the anti-Trump protests and riots.
Read More
DONATE