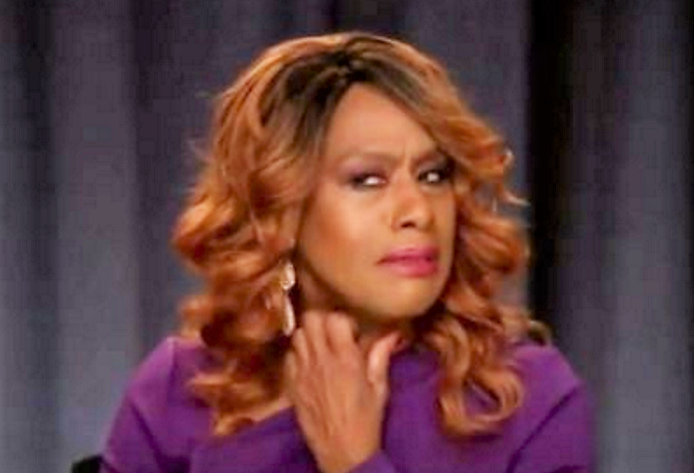 Singer Jennifer Holliday was planning to perform at Trump’s inauguration but her leftist fans didn’t like that and waged a campaign to bully her right off the stage. She even apologized.

Jennifer Holliday has canceled her appearance at Donald Trump’s inauguration event next week, calling her decision to perform a “lapse of judgement.”

In an open letter, provided exclusively to TheWrap, the “Dreamgirls” star apologized to the LGBT community, saying she was “uneducated on the issues that affect every American at this crucial time in history and for causing such dismay and heartbreak to my fans.”

The Tony and Grammy winner came under fire from some of her fans on Friday after it was announced that she was set to perform at a concert as part of Trump’s inauguration festivities.

TO MY BELOVED LGBT COMMUNITY:

Please allow me this opportunity to speak to you directly and to explain why I originally made my decision to perform at the inauguration which was what I had thought would be my simply keeping in my tradition of being a “bi-partisan songbird” having sung for Presidents Reagan, Bush, Clinton and Bush.

I was asked to sing a song for what was presented to me as the “Welcome Concert For The People”– in my mind I was reflecting on the past times of being asked to sing for presidents and I only focused on the phrase “For The People”… I thought, For America!

I was honestly just thinking that I wanted my voice to be a healing and unifying force for hope through music to help our deeply polarized country… Regretfully, I did not take into consideration that my performing for the concert would actually instead be taken as a political act against my own personal beliefs and be mistaken for support of Donald Trump and Mike Pence.

In light of the information pointed out to me via the Daily Beast article on yesterday, my only choice must now be to stand with the LGBT Community and to state unequivocally that I WILL NOT PERFORM FOR THE WELCOME CONCERT OR FOR ANY OF THE INAUGURATION FESTIVITIES!

I sincerely apologize for my lapse of judgement, for being uneducated on the issues that affect every American at this crucial time in history and for causing such dismay and heartbreak to my fans.

Please know that I HEAR YOU and I feel your pain. The LGBT Community was mostly responsible for birthing my career and I am deeply indebted to you… You have loved me faithfully and unconditionally and for so many years you provided me with work even though my star had long since faded.

Thank you for communicating with me, I had no idea that I still meant so much to all of you.

Thank you for your posted comments both the good supportive ones as well as the ugly hurtful ones.

Funny. There were no objections to anyone performing at Obama’s inauguration, despite the fact that unlike Donald Trump, he entered office opposed to gay marriage.

The singer Andrea Bocelli was also slated to perform. He has now backed out due to death threats.

After word broke that award-winning Broadway performer Jennifer Holliday had decided to back out of performing at President-elect Donald Trump’s inauguration next week, it was reported Saturday that opera tenor Andrea Bocelli also decided against performing after receiving death threats and not because he feared boycotts as was originally reported.

When blind tenor Bocelli announced he would not sing at this Friday’s celebration, it was widely reported it was because fans had said they would boycott his concerts and records.

But a source said the 58-year-old had been determined to ‘press ahead’ and sing but had pulled out on the advice of his security team after receiving threats to his life.

A source close to Bocelli, a friend of Trump’s, said: ‘Andrea is very sad to be missing the chance to sing at such a huge global event but he has been advised it is simply not worth the risk.’

Trump supporters sure are violent and intolerant of others, huh?

but had pulled out on the advice of his security team after receiving threats to his life.

I don’t believe a word of it. A professional security guy would know perfectly well that barking Progressives don’t actually bite.

A real security team may know that the likelihood of a Progressive actually biting is low, but most are not in the habit of tempting fate when it’s their principal’s life on the line.

I would only hope that the team reported the threats to the proper authorities for investigation. Not that that’ll make any difference …

The left has gone completely INSANE over Trumps win!
This is just the start! Our country is entering an extremely
dangerous time! Make no mistake we are in a war within our boarders. We are all going to have to fight this insanity.

I’m getting sick of the left’s bullying on all levels. Whether it’s the attacking the wedding cake bakers, death threats to performers, the paid thugs at rallies, the hate hoax’s, welfare animals attacking random white Trump voters, or even the stealing of yard signs.

These are the people who force politics into polite conversation and melt down if you DARE disagree with them.

No problem. We’re doing it now. In fact, we did it – by electing The Donald.

Now she knows how the Jews felt when the Nazis attacked them.

Let me tell you about “lapse in judgment”.

I read somewhere that conservatives are more likely to PURCHASE a CD, a DVD, or a ticket to a concert or movie.
Liberals are more likely to pirate or steal intellectual property.
I just can’t remember the exact figures, but I remember being impressed at the big difference between the two groups.
Being said, it seems extremely stupid to insult those who buy your shit in order to appease those who steal it. But it’s just my opinion, and I am unapologetically biased.

I well remember Barry Manilow refusing to peroform at the Christie Whitman’s inauguration as Governor of NJ.
The performance was to benefit a charity but he still changed his mind and said no. Political pressure from the left is nothing new.
Given DT’s attacks on those with whom he disagreed this is nothing more than karma. IMHO

This is a quote from another piece that seems apt here: Keep it up and Trump will be a lock for another four years. Then eight years of Pence. Then 8 years of Ivanka.

There comes a point when caving to the bully just empowers the bully to impose more tyranny. Turn around, face the problem and pound the bully to the extent that it sends a warning to all other bullies. This country didn’t get or maintain its freedom by caving to the loyalists.

The culture warriors and intellectualoids are truly asking for, nay begging for the pitchforks.

If you pay to see a movie or a television show or buy a song from anyone of these creeps, you have NOTHING to complain about.

How can people so in favor of diversity, openness, one world, we are all the same hate Trump so much? He needs love too. Maybe they are not so diverse and loving as they claim.

Because they don’t actually believe in diversity, openness, one world, and merely use those nice sounding goals to sell essential fascism.

And he was fabulous.