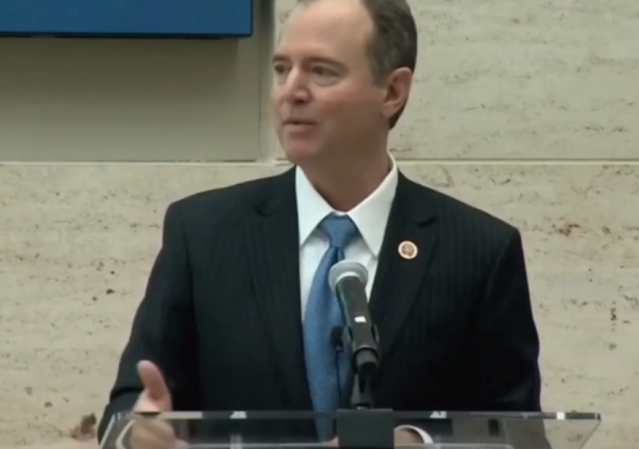 The ongoing effort by Democrats to hobble the Trump administration is reaching ridiculous levels.

The media is beyond parody.

Hmmm, ever notice that in some pictures Schiff and Comey look like they could be related?

I believe that Schiff and the Dhimmicrats planned on putting together a memo that they believed would be killed in committee for release. Some of their plan fizzled, but with knowing it would require heavy redaction they had a back up planned, which is lead by Pelosi and Schumer, acting as if the whole thing needs to be released otherwise it’s a cover up. I am left wondering how deep the plans of an attempted coup go.

We certainly live in interesting times, and it does follow that Chinese curse… just saying.

If the Schiff memo really harms Trump, and doesn’t compromise national security, he can simply arrange to have it leaked. Make it readable to congress, and let them tell us how it refutes the Nunes memo.

When the Nunes memo was circulating, tons of congressmen read it and said it was damning and horrifying. I’ve heard nothing like that regarding Schiff’s.

[email protected] argument does it make?

From what people have said, it makes NO argument. It’s one long personal attack on Nunes and a couple others, and there are pages and pages of utterly irrelevant sources and classified materials that serve absolutely no purpose other than to try and force the memo to remain classified so they can lie about it.