#FakeFollowers to go with the #FakeNews. 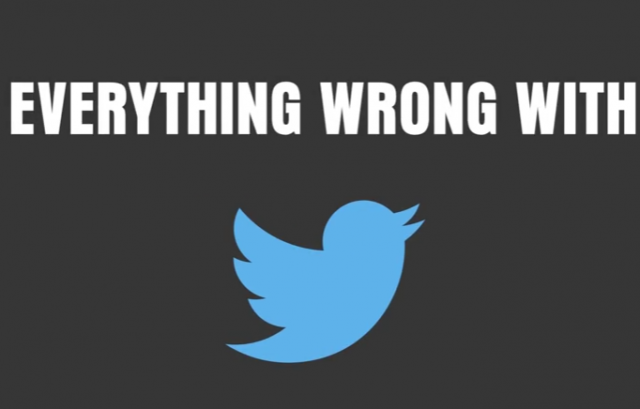 The weekend, I discussed that Trump Derangement Syndrome had affected the America media so badly that it distorted its space-time continuum.

Big media outlets have embraced Twitter as a distribution platform but still struggle with how reporters and editors use the social media service, particularly when they appear to be breaching journalism ethics.

This sizable gray area came into clearer focus this week, after a New York Times exposé revealed that more than a dozen news media figures had paid to artificially pump up the number of followers they have on Twitter.

Journalists and commentators, who presumably joined the platform to enhance their stature, instead found themselves grasping to explain why they had paid for counterfeit supporters. When contacted by NBC News, the journalists identified by The Times as having bought Twitter followers had a range of responses: Many ducked requests for comment, others blamed associates, while just one sounded chastened.

Too perfect! #FakeFollowers to go with the #FakeNews.

The company, Devumi, and its sale of automated followers to a swath of celebrities, sports stars, journalists and politicians, was detailed in a New York Times article published earlier on Saturday. While based in Florida, Devumi claims on its website to be based in New York City.

At least 55,000 of its “bot” accounts used names, pictures, hometowns and other details taken from people on Twitter. The real users hailed from every U.S. state, including New York, and dozens of countries, a Times analysis found.

Some contributors have already taken a hit after their fraud was discovered.

The story prompted the Chicago Sun-Times to suspend its well-known film critic, Richard Roeper, who was among the people the Times said had bought millions of dormant or artificially generated followers from the company, called Devumi. The Sun-Times didn’t explain or detail its decision except to say it wouldn’t publish anything further by Roeper until it completed an investigation of his social-media activity.

… Among the journalists identified by the Times as buying followers from Devumi was Joe Concha, a reporter and columnist for The Hill, a newspaper in Washington. The Hill’s managing editor, Bob Cusack, said the publication wasn’t just unaware that Concha had bought about 5,000 followers in early 2017 – it was unaware that it was possible for anyone to do so.

…Concha declined to comment for this article but said on Twitter that he bought the followers on the recommendation of a friend, a social-media expert, “to enhance [my] brand”. He described it as “one-and-done” and later seemed to dismiss the value of the practice: “Net-net: nobody cares if you have 47k or 42k followers.”

In the meantime, Concha wrote that he has deleted almost all of the followers he bought.

On the other hand, Eric Zorn (a Chicago Tribune contract reporter) minimized the offense.

It’s a misdemeanor violation of the truth, not a felony; an embarrassment, not a disgrace. Like in real life, affection online should be real, not phony; earned not purchased. A loss of face, not the loss of a career, is the fitting consequence.

Between the mass-bannings and shadow-bannings of conservative voices on the Twitter, this new data point confirms that it is the perfect social media platform for Planet #Resistance.

notamemberofanyorganizedpolicital in reply to Paul. | February 5, 2018 at 12:18 pm

There are “Facebook Farms” where one can buy “likes.”

“journalism ethics” That was a MSM ship that sailed long ago.

These self-loving, self-proclaimed “journos” are obviously more interested in their own fake popularity than the truth.

If you have to purchase your “credibility,” you have just admitted that you have none. You also eliminate any “credibility” claimed by the idiot lefties who pay your salary.

These fakers have made themselves caricatures of their own self images. They stain their employers’ with the same indelible dye in which they have immersed themselves.

“If you have to purchase your “credibility,” you have just admitted that you have none.”

Needs to stand alone because it is so true.

“It’s a misdemeanor violation of the truth, not a felony; an embarrassment, not a disgrace.”

I now know exactly how to take anything I ever see by Eric Zorn.

p.s. you is generic you NOT you Valerie

They have become so corrupt they are no longer capable of identifying corruption.

I’m sure there’s something about that, a warning passed down from generations who suffered the consequences of this sin, in those dusty old “mythologies”.

“Whoever fights monsters should see to it that in the process he does not become a monster. And if you gaze long enough into an abyss, the abyss will gaze back into you.”
― Friedrich Nietzsche

“One of the saddest lessons of history is this: If we’ve been bamboozled long enough, we tend to reject any evidence of the bamboozle. We’re no longer interested in finding out the truth. The bamboozle has captured us. It’s simply too painful to acknowledge, even to ourselves, that we’ve been taken. Once you give a charlatan power over you, you almost never get it back.”
― Carl Sagan, The Demon-Haunted World: Science as a Candle in the Dark

“Power does not corrupt. Fear corrupts… perhaps the fear of a loss of power.”
― John Steinbeck

“When honor and the Law no longer stand on the same side of the line, how do we choose[?]”
― Anne Bishop, Heir to the Shadows

“It could probably be shown by facts and figures that there is no distinctly native American criminal class except Congress.”
― Mark Twain

“Power attracts the corruptible. Suspect any who seek it.”
― Frank Herbert, Chapterhouse: Dune

“When one gets in bed with government, one must expect the diseases it spreads.”
― Ron Paul

Even to understand the word ‘doublethink’ involved the use of doublethink.”
― George Orwell, 1984

“The state must declare the child to be the most precious treasure of the people. As long as the government is perceived as working for the benefit of the children, the people will happily endure almost any curtailment of liberty and almost any deprivation.”
― Adolf Hitler, Mein Kampf

“It’s not unpatriotic to denounce an injustice committed on our behalf, perhaps it’s the most patriotic thing we can do.”
― E.A. Bucchianeri, Brushstrokes of a Gadfly

AND THE BEST ONE OF ALL:

“They have become so corrupt they are no longer capable of identifying corruption.”
– Fen

And a hat tip for including Herbert’s quote. You and I are cut from the same cloth.

“It’s a misdemeanor violation of the truth, not a felony; an embarrassment, not a disgrace. Like in real life, affection online should be real, not phony; earned not purchased. A loss of face, not the loss of a career, is the fitting consequence.”

BullShat! When you claim to be a “journalist” the truth IS your career. Once you prove you are willing to lie, you should NEVER be trusted again.