US, Argentina Team Up To Drain Hezbollah’s Terror Funding

US, Argentina Team Up To Drain Hezbollah’s Terror Funding 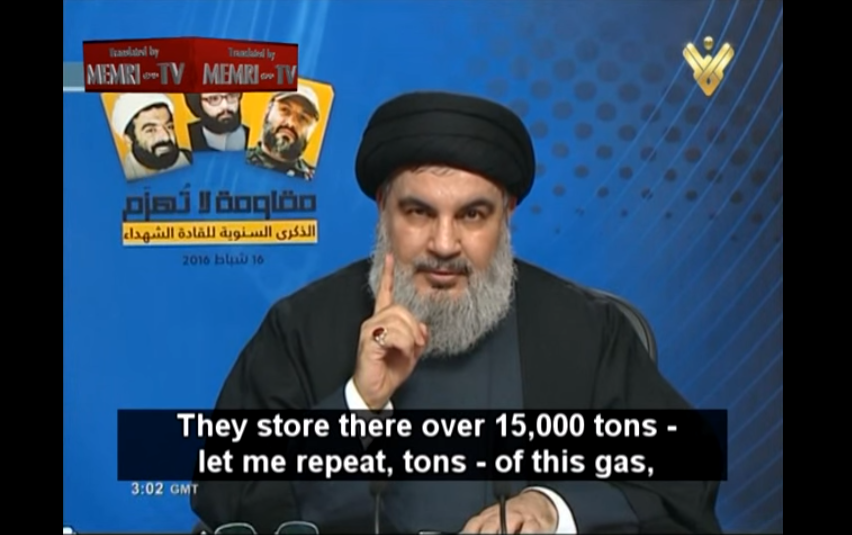 The United States and Argentina are to work together to cut off Lebanese terrorist outfit Hezbollah’s funding networks in Latin America. U.S. Secretary of State Rex Tillerson and Argentinian Foreign Minister Jorge Faurie declared their intention to cooperate in this regard during a press conference in Buenos Aires on Sunday.

Argentina is home to a large Lebanese expatriate population and U.S. authorities believe that the Iranian-backed terrorist group has been raising funds for it activities through organised crime in the region, including drug trade.

The latest announcement comes on the heels of President Donald Trump’s decision to pass tough sanctions against Hezbollah. The sanctions are aimed at businesses in Sierra Leone, Ghana, and Liberia, which the Treasury Department believe “sit at the nexus of Hezbollah’s cash flows.”

These recent measures are in sharp contrast to President Obama’s approach to turn a blind eye to Iran-backed Hezbollah’s global terror network. According to an investigative report published by Politico in December last year, Obama administration blocked the U.S. law enforcement plans to dismantle Hezbollah’s drug-running operations on American soil to avoid annoying the Iranian regime ahead of the nuclear deal. [We covered Politico‘s investigative report]

Israeli TV network Arutz Sheva reported the detail of the agreement reached between the U.S. and Argentinia:

The United States and Argentina will work together more closely to cut off the Lebanese terrorist group Hezbollah’s funding networks in Latin America, both nations’ top diplomats said Sunday, according to AFP.

Argentina has a large Lebanese expatriate population and U.S. authorities suspect groups within it of raising funds through organized crime to support the Iranian-backed Hezbollah.

Secretary of State Rex Tillerson was in Buenos Aires for talks with his Argentinian counterpart Foreign Minister Jorge Faurie, and afterwards they confirmed that the issue had come up.

“With respect to Hezbollah, we also did speak today in our discussion about all of the region about how we must all jointly go after these transnational criminal organizations — narcotics trafficking, human trafficking, smuggling, money laundering — because we see the connections to terrorist financing organizations as well,” Tillerson was quoted as having said.

“And we did specifically discuss the presence of Lebanese Hezbollah in this hemisphere, which is raising funds, obviously, to support its terrorist activities. So it is something that we jointly agree we need to attack and eliminate,” he added.

Crippling Hezbollah’s terror financing activities in South American comes at a crucial time for the Iranian-backed terrorist group. The Lebanon-based Shi’a Islamic militia overstretched its operational capabilities by entering the Syrian conflict seven years ago. So far, the terrorist group lost around 1,500 fighters in an attempt to keep the Iranian-backed dictator Bashar al-Assad in power, with no end to the conflict in sight.

Iranian regime, which increased the funding for the terrorist group up to a billion dollars a year following the Obama-Kerry nuclear deal, is itself facing a sever financial crunch at home — fuelling massive anti-regime protests at home.

While the measures taken by the Trump administration severely impact Hezbollah’s ability to generate funds in the U.S. and South America, the group continues to raise money and operate freely in most of the European countries under the façade of its ‘political wing’. The EU only lists Hezbollah’s ‘military wing’ as a terrorist group, leaving its ‘political wing’ off the hook.

In contrast to the US and Argentine officials below , @GermanyDiplo @BMI_Bund permits 950 Hezbollah operatives to legally operate on its soil and won’t outlaw the entire terrorist entity Hezbollah. https://t.co/g5dMyTIiDd

According to German investigators, Arab migrant gangs involved in organised crime have been laundering money on behalf of Hezbollah. In 2016, German police busted a nationwide Hezbollah-run money laundering ring. A part of the proceeds from the operation was going to South American drug cartels, German media revealed. A similar case was reported in France as well.

Trump administration’s decision to curb Hezbollah’s terror financing network in South America would certainly impair Hezbollah’s ability to carry out terrorist activities across the Middle East. But for this to be a decisive blow, the EU and the European countries, too, must take similar steps against the terror group on their soil. It makes no sense for the European countries to harbor a foreign terrorist organization masquerading as a ‘political wing’. Besides, Hezbollah itself makes no distinction between its ‘military’ and ‘political’ wing.

While the Trump administration takes clear and moral stance against international terrorism, it is painful to watch European politicians make such fine distinctions in dealing with a terrorist organization that targets innocent civilians indiscriminately.

To think that all this, including Jews working with Egyptians, Saidi’s stepping in to the daylight, Palestinians being held accountable etc is ONLY happening because of Trump being in power!

The US government prohibition of illegal marijuana and illegal cocaine has been so effective that it has been 20 years since any was sold in any US state or territory.

I am sure that Argentina is only hours away from being drug free. Hezollah is certain to shrink up and die tomorrow morning.

It is past time for the US government to mind to its own business and stop meddling in the affairs of South America and the Middle East.

Argentina has been a problem for the US, and her interests, since WWII.

At that time, the ethnic German population was so high that, coupled with the desire of several leading Argentine citizens to become the dominant force in South America, that the country was neutral for nearly the entire war and became a major repository for NAZI wealth and fleeing members. Juan Peron, had close ties to the NAZIs and established a fascist dictatorship that took years to marginalize. Nothing has really changed there. The financial institutions of Buenos Aries have been handling dubious financial transactions for decades and still do.

The reason why Argentina is partnering with the US to reduce the movement of Hezbollah funds through its territory and financial institutions, is because it recognizes an opportunity to reduce Iranian influence within the country. Iran, through Hezbollah, has been active in acts of terrorism, directed against Israeli and moderate Arab interests in that country for 30 years, including the AMIA in that country as well as numerous documented acts of bribery. This is a chance for Argentine to reduce Iranian influence and they are taking it.

What the US does not need is a major South American nation heavily influenced or controlled from Tehran. That is why the US is involved.

Making drugs illegal is what has made the illegal drug trade so very, very profitable.

Put down the bong for a moment and think about this.

sure, reducing supply of anything makes the remaining supply more expensive and, potentially, more profitable. On the other hand, how many lives have been saved by these same regulations? It is hard to estimate that, but if we have the current level of overdoses, and drug use generated crimes such as criminal homicide and traffic homicide WITH regulation, then how much higher would they be without regulation? Fewer people are not going to use drugs if they are legally available. Fewer people are going to abuse drugs if they are legally available. So someone else makes the profit, but society pays a heavier price for it.

The Argies at some point were BFF with the mullash in Iran.

They started to distance from Iran only after July 18, 1994, the day of the bombing of a Jewish center, perpetrated by Iran state terrorists.