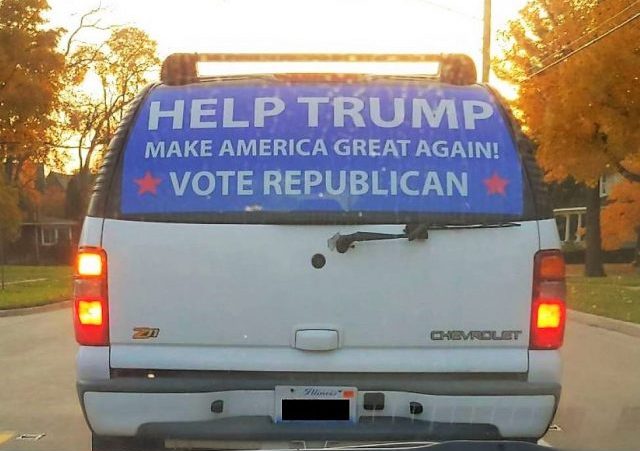 This is it, folks. The 2018 midterms are here. What will happen? No one knows.

Do you want these people in charge?

What the media never shows you.

Never forget what Mrs. Clinton has taught us: “You cannot be civil…”

On the topic of Pittsburgh and the alleged surge in antisemitism which is somehow Trump’s fault, here in Brooklyn NY we had a spate of antisemitic incidents late last week. On Thursday Union Temple in Park Slope was vandalized with slogans like “Kill all Jews”, “die Jew rats we are here,” “Hitler,” and “Jews better be ready”. On Friday seven fires were lit outside synagogues in Williamsburg. The news media and the usual suspect were playing this news up for all it was worth. On Saturday the perpetrator of both was arrested, and nobody here would be surprised at the discovery that he’s not only not a white supremacist, or even white, but also has a history of working for the Democratic Party.

There have been several more serious antisemitic incidents here recently, people assaulted on the street, apparently for no reason but their Jewish appearance; oddly enough none of the perpetrators were white, let alone white supremacists.

PS: This is the “white supremacist” arrested for the antisemitic graffiti and the synagogue fires.

He was just doing the jobs white supremacists won’t do for themselves.