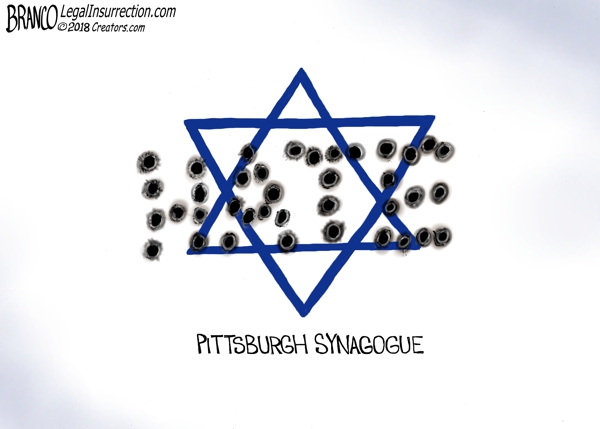 Killing your brother out of envy. We’ve been this way from the beginning. It is our most egregious sin.

Sad but true! God forgive us all.

Cain and Able. Chaos and Order.

Hate abounds. In this instance, I wonder if the Democrats anti-Semitic stance on Israel has had it’s effect on this shooter.

Trump has done more toward stronger relationships with the Israeli people than many Presidents of recent ones. The left with their boycotts and very anti-Israel stances lowers the Jewish people of faith in the eyes of the followers of the Democrats.

It is a puzzle why so many of the Jewish faith still vote leftist, when their stance is against their own heritage.

It is heartbreaking that anyone would go anywhere and shoot at people. It seems far more heinous to do so in a place of worship. Churches, Temples, or any gatherings for religious purposes should be places of peace and refreshment of the soul, not places of fear and angst due to hate that has been cultivated in our society to a near fever pitch. Violence is the outcome of hatred built too high.

G_d bless those families who had their lives torn apart by senseless violence in this shooting. May we come to a day when we release ourselves from such hate that leads to murder of people innocent of the perceived wrongs which lead to this.

Meanwhile the president spouts antisemitic dogwhistles on a near daily basis. Sadly acts like this are going to become more and more the norm.