Posted by Mike LaChance on September 06, 2016 10 Comments
Microaggressions are apparently a big problem at the University of Iowa, especially for black students. That's the only conclusion one could reach based on a new support group offered at the school. The Daily Caller reports:

Iowa Offers Black Students Support Group To Deal With Microaggressions This fall, the University of Iowa is offering black students a weekly support group to help them deal with microaggressions and “deepen their resilient qualities.” 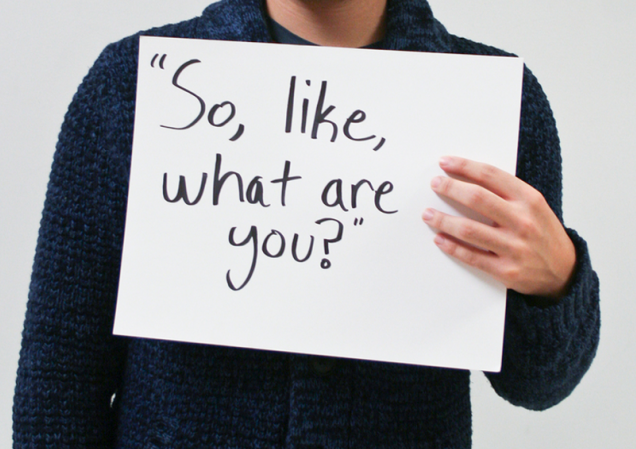 Posted by Howard S. Schwartz on May 03, 2016 29 Comments
Political correctness gets crazier and crazier, but it does so in a way that seems to  represent the development of something that was there right at the beginning. I've been trying to make sense of it, from a psychoanalytic point of view, and the theory has, gratifyingly, developed apace with what it is trying to explain. The current edge of the theory is what I call the "pristine self," which is a self touched by nothing but love, and I am pleased to suggest that it gives us some insight into the current edge of political correctness, which is built around the concept of "microaggression.' In this post, I'd like to lay out that connection. Microaggression is a key element of what has been called the "new pc," whose newness Megan McArdle renders this way:
Read More 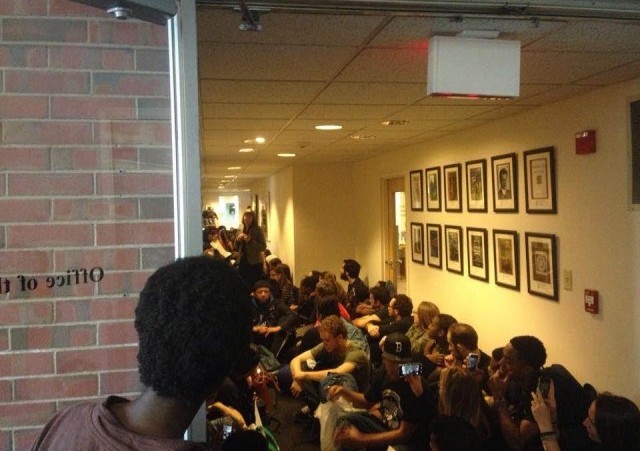 Posted by Amy Miller on November 23, 2015 6 Comments
This post has been updated. Earlier this week, Brandeis University became the latest in a long line of academic institutions to receive a "list of demands" from its allegedly beleaguered student body. Saying that "we [Brandeis has] failed our black students," "Concerned Students 2015" released a laundry list of demands to the administration that included a minimum wage increase for student employees, and the appointment of a VP of "Diversity and Inclusion." Students have since marched on various buildings, and are currently occupying (at some level) the public areas of the administration building. Since this is college, I feel free to assume that this has caused a certain amount of uproar when it comes to attendance policies. Never fear---Brandeis has the situation under control. Interim Provost and Senior Vice President for Academic Affairs Irving R. Epstein sent an email to the faculty last night giving them "discretion in regard to class attendance and completion of academic work." Here's a screenshot of the email (I've blacked out email addresses):
Read More 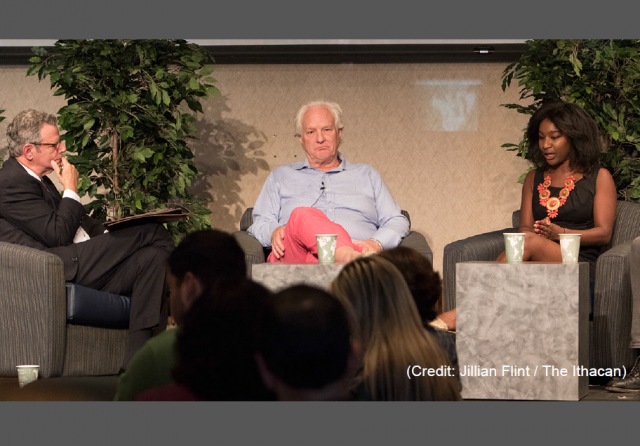 Posted by William A. Jacobson on October 14, 2015 31 Comments
Ithaca College is pretty sensitive to "microaggressions." What is a microaggression? Where have you been, under a rock? (I hope that didn't offend you.) One of the inventors of the terminology and theory describes it this way:

Microaggressions are the everyday verbal, nonverbal, and environmental slights, snubs, or insults, whether intentional or unintentional, which communicate hostile, derogatory, or negative messages to target persons based solely upon their marginalized group membership. In many cases, these hidden messages may invalidate the group identity or experiential reality of target persons, demean them on a personal or group level, communicate they are lesser human beings, suggest they do not belong with the majority group, threaten and intimidate, or relegate them to inferior status and treatment.

For some background, see our prior posts: At Ithaca College, in what may have been a first, last spring the student government voted to set up a microaggression reporting system. (I don't know if they actually ended up setting it up.) This semester started at Ithaca College with accusations of campus security insensitivity:
Read More 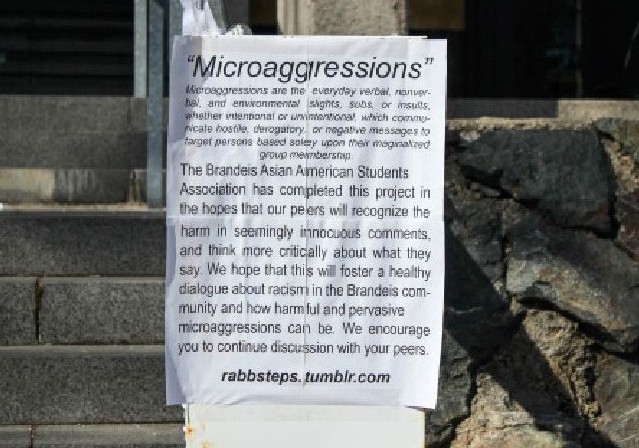 Posted by William A. Jacobson on April 29, 2015 26 Comments
As readers know, "microaggression" theory is the rage on campuses. We have covered the phenomenon extensively: At Brandeis University, the Asian American Students Association (BAASA) sought to put the spotlight on and fight microaggressions through an installation on the steps of the Rabb Graduate Center, as announced on Facebook:

We have put up an installation at the Rabb steps to bring attention to microaggressions that are frequently heard in and out of the Brandeis community. These words are microaggressions, targeted towards Asian (American) students drawn from our very own experiences on this campus. Our experiences connect us and create the need for Asian (American) communities and resources.

Posted by William A. Jacobson on March 25, 2015 26 Comments
It has been a while since we have reported on Microaggression mania on college campuses: What is a microaggression? One of the inventors of the terminology and theory describes it this way:

Microaggressions are the everyday verbal, nonverbal, and environmental slights, snubs, or insults, whether intentional or unintentional, which communicate hostile, derogatory, or negative messages to target persons based solely upon their marginalized group membership. In many cases, these hidden messages may invalidate the group identity or experiential reality of target persons, demean them on a personal or group level, communicate they are lesser human beings, suggest they do not belong with the majority group, threaten and intimidate, or relegate them to inferior status and treatment.

As our prior reporting reflects, microaggression theory and practice are passive-aggressive control mechanisms meant to empower those who can claim protected group identity (it's a lot more than about race or gender) over those who cannot.
Read More 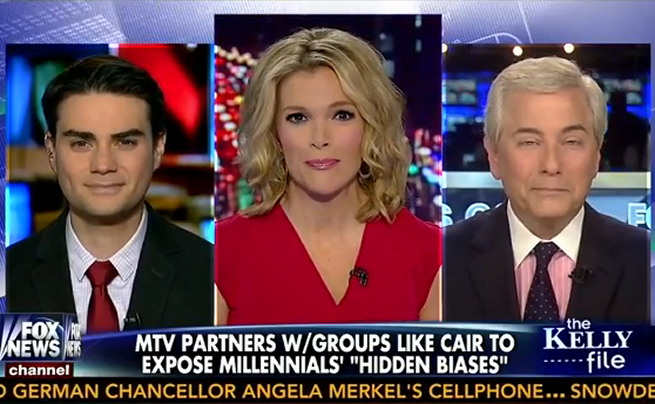 Posted by Mike LaChance on May 11, 2014 19 Comments
We have covered Migroaggression Mania before, 2014 – Year of the Microaggression. It's no secret that MTV leans left but a new PSA from the channel aimed at young people clearly plays into the left's everyone-is-racist-and-sexist meme. Truth Revolt, for which Ben Shapiro serves as editor, recently noted that MTV partnered with organizations such as CAIR and the Southern Poverty Law Center to create the ad...

MTV Launches Project to Fight 'Hidden Bias' Among Millenials On Thursday, MTV announced that it would be launching a “Look Different” initiative designed to uncover “hidden racial, gender and anti-LGBT bias.” MTV will be creating a documentary on Millenials’ perceptions of race and fairness temporarily titled “Untitled Whiteness Project,” a public service announcement series, an “Implicit Bias Quiz” and a week-long “Racial Bias Cleanse” program to help re-educate young Americans about their bias. The campaign will be co-sponsored by the Anti-Defamation League, the National Partnership for Women & Families, The Trevor Project, the Gay and Lesbian Alliance Against Defamation, the Southern Poverty Law Center, the Council on American-Islamic Relations, National Council of La Raza, and the NAACP, among others.

2014 – Year of the Microaggression

Saturday Night Card Game - Everybody must get microaggressed... 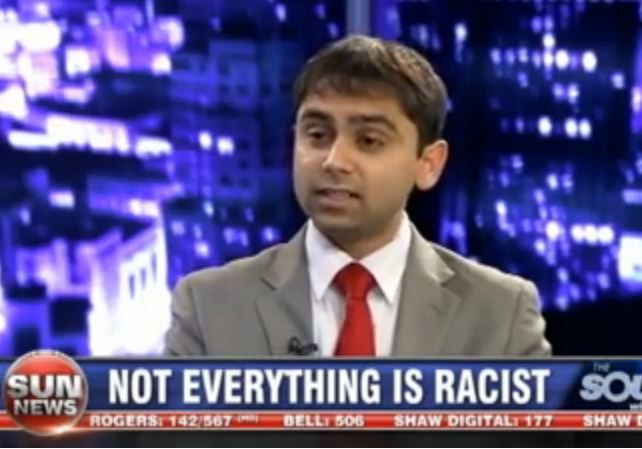 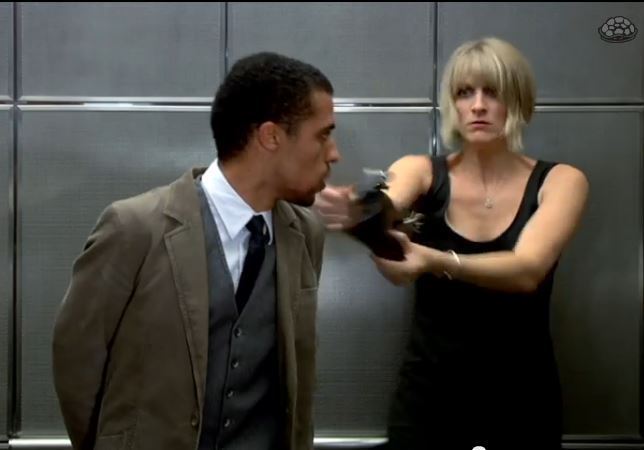 Now this Microaggression is funny

Does one microaggression justify another?... 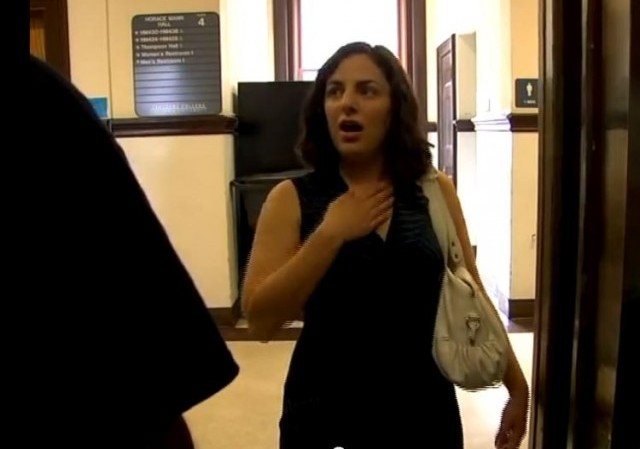 Claiming microaggression is a way to control others....

Posted by William A. Jacobson on February 16, 2014 32 Comments
"Microagression" is the latest craze in racial grievance, something we highlighted when a UCLA professor was accused of the transgression for correcting grammar on minority students' papers. The fake scenario of Obama kicking open a door after a press conference went viral after Jay Leno showed it on the Tonight Show. It obviously was fake, but took on a life of its own on the internet, causing Snopes to issue a False rating and a video comparing the original and edited versions. It also spawned a .gif of the key moment.

All fairly light-hearted humor. Brian Farnan, Vice President for Internal Affairs at the Students’ Society of McGill University (SSMU) in Canada thought it was funny too, and circulated the .gif as part of a weekly mailing. That got him in trouble with the thought police, who filed a complaint against him with SSMU's Equity Committee, which enforces an expansive Equity Policy banning a broad range of supposedly "oppressive" conduct. As reported by The McGill Tribune:
Read More
DONATE