Anne Sorock Segal is a market researcher and president of The Frontier Lab, a nonprofit organization that seeks to increase demand for freedom and revive a unifying American character using cutting-edge behavioral science methodologies. 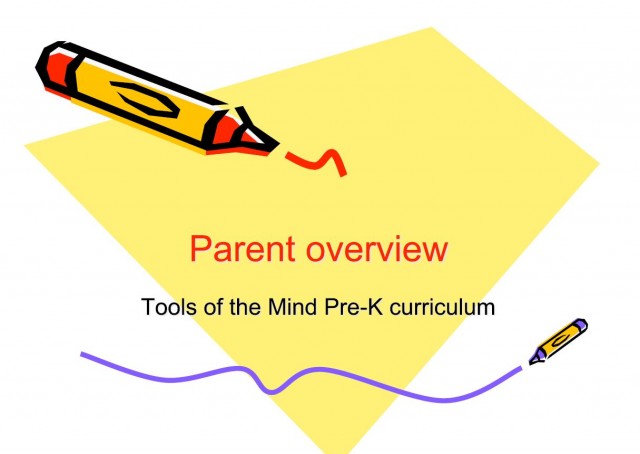 Posted by Anne Segal on October 22, 2013 14 Comments
Navigate to the Hoboken, NJ, public schools website --a town just across the Hudson from New York City -- and you'll find a front-page announcement that since 2008, Hoboken has based its pre-school and kindergarten curriculum on "Tools of the Mind," also known as "Cultural-Historical Theory." Based on the work of Russian psychologist Lev Vygotsky, the Tools of the Mind website proclaims that it is "rooted in cutting edge neuropsychological research on the development of self-regulation/execution functions in children." Dig a little deeper on your site, and they describe how regulation of the child is accomplished: The site describes the role of parents in encouraging their children to be regulated with tips like playing "stop and go" and "freeze" games:

Parents can encourage children to practice self-regulation at home by establishing routines. For example, they can help their child to set an alarm clock that will ring when it is time to go to bed, so the child can “regulate” his or her own bedtime. Now it’s the child, not the parent, saying, “It’s time.”

McCaskill at WWII Memorial: Park Service has “a lot more common sense than the Tea Party”

After the Parks Service erected barricades at the World War II Memorial on orders from the Obama administration, Veterans showed up today to protest. Claire McCaskill (D-MO) also showed up.  She decried people playing politics, but then launched into an attack on the Tea Party: McCaskill: "The...

Posted by Anne Segal on September 04, 2013 19 Comments
Have you noticed another skirmish brewing, not in the Middle East but among Republicans over support for Obama's Syrian debacle? David Axelrod must be twirling his mustache with delight over his latest manipulation of the leaderless Republican party as they provide cover for Obama's latest fail. Of course, Obama's Syrian problem isn't about Congress, it's about his own failures as a leader -- in this case the logical extension of his worldwide apology tour presidency. Enter Axelrod (if he ever was off stage). August 30 Axelrod puts New York Times, et al., on notice of what the talking point will be -- "this is up to Congress": https://twitter.com/davidaxelrod/status/373320824473673729 A gleeful tweet on August 31: https://twitter.com/davidaxelrod/status/373871738032910336 Sept. 2, a thank you to the New York Times for pitching in: https://twitter.com/davidaxelrod/status/374719590124630016 I imagine a phone call from Axelrod to Obama, perhaps sometime Friday night, with Obama pouting about his off-teleprompter "red line" comment. Axelrod has an idea. Foment a little diversion by foisting Obama's Syrian debacle onto hapless Republicans.
Read More

National Right to Life posted a wonderful, poignant, and likable defense of life today, and you can breathe a sigh of relief: it works, beautifully. Not only is it relevant and lighthearted while delivering an important message, it does so without trying too hard. And --...

Another victory for Common Core with IL Catholic Church’s embrace

Posted by Anne Segal on August 27, 2013 14 Comments
Common Core has recently been referred to by a friend of mine who is deeply in-the-know as "the most successful astroturf campaign in the history of this country." This friend is not prone to exaggeration. The left has had a history of tip-toeing into, and taking over, those institutions most vital to defending freedom -- from our schools to our religious institutions, nothing is off-limits. Count the Illinois Catholic Church as having been bamboozled by Common Core. After reading the laudatory press release the superintendents of the Catholic Dioceses in Illinois released August 19, it is right to conclude they've been compromised, as well. They write:

It is within the environment of the Common Core Catholic Identity Initiative that we maintain the integrity of our mission and to the expectations of those whom we serve.  In themselves, Common Core State Standards are not a curriculum.  They do not dictate our curriculum, instructional methodologies, sequence of topics or materials used.  What the Common Core does establish are clear, measurable goals and outcomes for what our students should know, understand, or be able to do at the end of a grade or course of study.

Witness in this statement the dissolution of any perception that Catholic schools are protected from the educational war in which our children are the prize. Their statement is part of a larger movement of local dioceses signing onto a national "Common Core Catholic Identity Initiative," which you can read more about here. If you're like me -- or like I used to be -- your eyes are glossing over at the term, "Common Core." Snap out of it.
Read More

Illinois v. Texas: Ballotpedia analysis should have us all packing our bags

Internet encyclopedia of all things electoral, Ballotpedia, has published a study analyzing both the partisan makeup of a state based on new criteria -- the "Trifecta" of control -- as well as the state's quality of life (the "SQLI"). The lead researcher on the study,...

The Frontier Lab's Switching Behavior study, which identified four core events that preceded disaffiliation from the Republican label, has been picked up by everyone from Sarah Palin and Sean Hannity to Vicki McKenna Yesterday morning, I joined Philadelphia's Rich Zeoli show to discuss the study's findings -- and...

Liberal darling Robert Redford is planning a new documentary series on Chicago where he will showcase the city in all its glory. He will be filming the start of the freshwater sailing race, "Race to Mackinac," but perhaps he ought to be training his cameras...

This week, The Frontier Lab published the results of months of research into why some Republicans are refusing to go by the label "Republican," choosing to identify as anything but. I was the Research Director for this study, which applied a research approach called "Behavioral...

It's worth "liking" the "Ready for Hillary" page on Facebook, the former First Lady's foray into readying the country for her eventual campaign, not only to give your friends a fright, but also to witness just how different her marketing is than her nemesis Barack...

Think the Tea Party's disappearing? Not according to advertisers, who featured the theme in two ads broadcast in the prime final moments of Monday's Boston v. Chicago NHL finals game. FiatUSA takes the continually on-trend Founding Fathers theme as the centerpiece of its "Italian Invasion -...

Today we learned that it only took Hillary Clinton less than an hour to become Twitter-verified. Twitter verification is the blue checkmark in the corner of a twitter profile. This speedy event was unrelated to the alacrity with which a charity of Barack Obama's brother was...

Recycling Obama appointees from private sector to govt and back again

Obama's EPA Chief Lisa Jackson, Apple's newly announced head of environmental policy, is exemplifying "sustainable career moves" after completely recycling her career from private sector to government appointment and back. Jackson, appointed by the President in 2009, had worked for two years in the private sector...

In reaction to news that the Chicago board of education approved the closure of 50 schools, part of what Mayor Rahm Emanuel says is an effort to close a $1 billion budget shortfall in the city made prudent by school underutilization and lack of enrollment,...

The producers of the Andrew Breitbart documentary "Hating Breitbart," have found a unique way to further ensconce the Happy Warrior into the minds of his detractors: send them a copy of their movie. The upcoming wider theater release this upcoming Friday (it will also be...