Chaos is a ladder for America’s Mainstream Media

Chaos is a ladder for America’s Mainstream Media 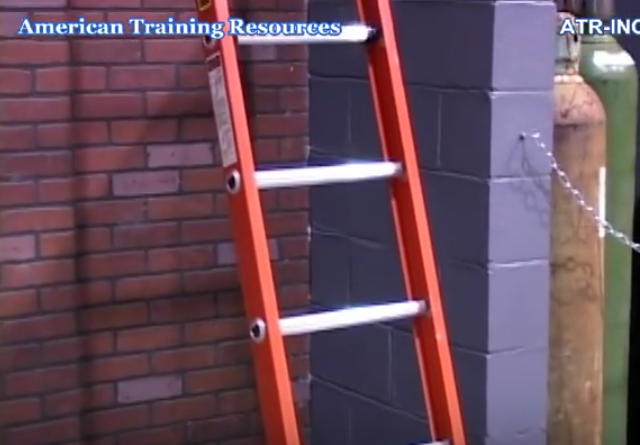 He notes that the failure of the American press to fairly report the truth — that both sides were violent during the protest/counter-protest — goes beyond mere criticism.

True! But there is method to the current media madness. I had an epiphany while rewatching a key scene in which two of the primary contenders in the Game of Thrones discuss royal politics..likening chaos to a ladder.

Chaos is the ladder that the American press is attempting to climb to get out of the pit it dug in its awful, unbalanced, and often incorrect assertions about the entire 2016 election cycle and its aftermath.

Let’s review some of the “serious” and “informed” coverage about President Trump over the past 18 months that we have been treated to by the American mainstream media:

Here is an amusing trip down memory lane:

Just before the Charlottesville chaos, President Trump could point to some significant successes. For example, his strong stance on North Korea appeared to be working. The “Russian Collusion” case against Trump appeared to be a nothing-burger, but there was renewed interest in the Clinton-Lynch collusion on the Arizona tarmac. Between promoting American business and removing needless regulations, the nation’s economy is humming along and people are optimistic about the future.

However, the chaos in Charlottesville gave the press the opportunity to conflate President Trump with Nazis, the KKK, and White Supremacists…a theme they were already familiar with:

So, the chance to connect President Trump to the Nazis who organized the original protest in Charlottesville was a golden opportunity to twist all the false coverage of the past 18 months into “real news”.

The trouble is that most Trump supporters have already dismissed the press coverage of Charlottesville for the partisan hackery that it was.  Additionally, many of us are waiting for more details on white national organizer Jason Kessler, who formerly was an activist for Occupy Wall Street.There are now people checking into an LA firm, Crowds on Demand, to determine if it supplied agitators to enhance the chaos.

Trump supporters also have a long list of alt-left attacks they vividly remember that include beatings of rally attendees in San Jose, a riot in Berkeley, and a stink bomb plot intended for the Inaugural Ball.

Furthermore, after smearing Trump’s supporters as deplorable…again…many or responding in social media to counter the media’s charges and reiterate support for the president.

I Voted for Trump and every day the lies spread by the mainstream media about him are just more reasons why I made the right decision.

Americans also shouted out support for our historic monuments, which are now under attack:

I find this monument – & the ideology it represents – highly offensive.
The Monuments Must Go pic.twitter.com/rE9648MBfp

And some plucky Facebook friends from Seattle finally drew some much-needed attention to a particularly vile local monument. 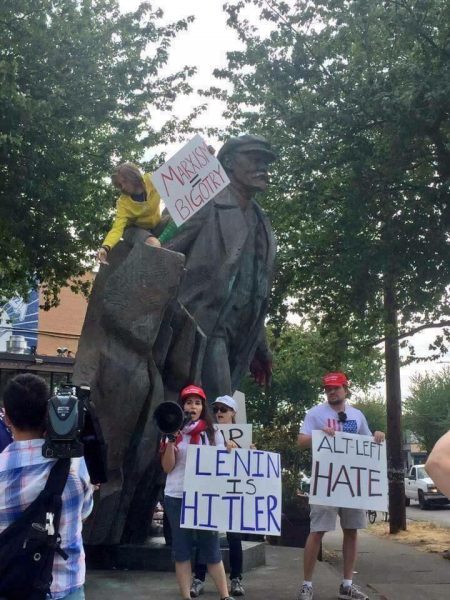 I cover many of these points in today’s Canto Talk show:

In conclusion: The American media may want to use the chaos of Charlottesville as a ladder, but in the end, it will likely be another #FakeNews pit.

Get out of a whole?

Some of them would like too, surely. Just hit reality’s EJECT button and take the rest of the day off.

Thanks for the catch. Hopefully, my internal spell checker works better this week.

MSM in a hole?

The MSM is already buried.

Let the dead bury the dead.

TheFineReport.com in reply to notamemberofanyorganizedpolicital. | August 21, 2017 at 2:16 pm

Then there’s this GOPe idiot:

McConnell: ‘My View Is That Most News Is Not Fake’
http://dailycaller.com/2017/08/21/mcconnell-my-view-is-that-most-news-is-not-fake/

” Additionally, many of us are waiting for more details on white national organizer Jason Kessler, who formerly was an activist for Occupy Wall Street.”

I’d like to know what happened to his blog site that disappeared the very weekend of Cville.

It was his own domain too (www.jasonkessler.net), so I don’t think it was censored. It had the most detailed account of the racist tweets of the vice mayor Wes Bellamy. I haven’t been able to find as thorough of a collection in any other reportings.

” Additionally, many of us are waiting for more details on white national organizer Jason Kessler, who formerly was an activist for Occupy Wall Street.”

Where did you get that? Please be specific.

Are you asking me or the author? My quote is from above. Also, there are conservative blog sites claiming it, with evidence from SPLC’s website. I have no idea as to the veracity; I’m just curious about the auspicious disappearance of the blog on the Sunday immediately following the rallies.

His twitter is down, too, and he claimed to have been hacked by Stormfront for a nasty comment about the dead girl.

My guess is he’s just a useful lawsuit baiter like the Westboro Baptist Church.

So, you take the bullshit published by the SPCL as authority?

I’ve read their shit, and it equivocates even about “rumors” and “seems”.

Jeeebus, you people are so flucking gullible.

EVERY one of the citations noted is derivative, and can be traced to that VERY dubious source.

I looked over the guy’s posts via WayBack, and he could be any one of the more unhinged posters here. He never “seems” to have identified with the Alt-Right per se.

Why don’t you spit your cobra venom at the author then since it’s written in the article….

“Jeebus” (your word), I just want to know why the blog disappeared. Did he take it down or did he get censored somehow.

1. What does who writes what have to do the the facts?

2. What would you do if you were implicated wrongly in this shit-storm?

3. All I’m “spitting” is some facts as I understand them; NOT repeating an apocryphal and defamatory story as though it’s true.

4. Sorry you feel butt-hurt by the foregoing.

“The Wayback Machine” web archive is a wonderful resource for going “back in time” to see what web site content was in the past. It takes periodic “snapshots” of web sites and saves them for posterity.

It should be noted that it does not archive every web site, only those that have been requested. So, if you know of any particularly interesting sites that you think should preserved, you can go to the site and request that they be archived.

Doh totally forgot about this…I feel like I’ve been lmgtfy’ed. Thanks though for the reminder.

The Lenin statue has already been removed from its original location in Slovakia, and is now on private property for sale. If you want to move it again, you can buy it, then move it, or destroy it, at your leisure.

De Libertas Quirkas: We dress him up in a tutu for gay pride.

There have been many Lenin statues for sale. Are you saying this one was moved to Seattle for a better sale price? Figures.

alaskabob: Are you saying this one was moved to Seattle for a better sale price?

On the bight side the news media is dying a slow and delightfully painful death. Take McClatchy, a company I am very familiar with. They are a major news corporation with news outlets in many states.

A couple of years ago they had to pull off a 10 to 1 reverse stock split in order to get their stock above $1 per share and getting kicked off the NY stock exchange. Using the new valuation (10 X higher than reality) their stock was at a high of $748 a share on March 8, 2005. Today their stock is $6.11 a share (or in reality 61 cents a share). Hehehe…. gotta love it.

What is really funny is most of their papers have a business section. Perhaps they should ask their classically trained professional journalists with the highest ethical standards who are experts in the world of business what is wrong with their own business model.

“Additionally, many of us are waiting for more details on white national organizer Jason Kessler, who formerly was an activist for Occupy Wall Street.”

That makes the entire Charlottesville incident look like a false-flag operation. Organize a “right-wing” rally for the sole purpose of denouncing it and blaming all the left-wing violence you’re planning on engaging in on the “right-wing”. Furthermore, the maps of the barriers and exits offers the strong appearance of the local police herding said “right-wing” people into the waiting 2x4s and baseball bats of the ready-to-do-violence antifas.