The stooges captured on video now claim they were “playing around.” 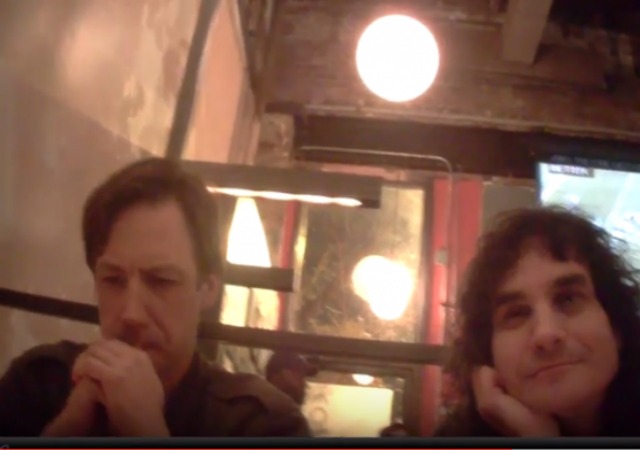 We recently reported that a website, DisruptJ20, has been created that seems to be the clearing house for the left’s plans to shut down the Inauguration of Donald Trump.

James O’Keefe’s Project Veritas has just released compelling video, demonstrating how the alt-Left operates at the sleaziest and most destructive levels, and showing one potential DisruptJ20 operation.

The first installment of the newest undercover project shows members of an “anti-fascist coalition” planning to sabotage an inauguration party with butyric acid bombs. The hidden camera captures D.C. Anti-Fascist Coalition’s Colin Dunn, Luke Kuhn, and Scott Green discussing how to shut down the “Deploraball”, a gala slated on the eve before the Inauguration.

“If you try to close us down we will look for your house, we will burn it,” Kuhn said in the video.

Green claimed he wanted to ruin the evening of those attending the DeploraBall, a gala hosted by controversial alt-right activists. Kahn agreed with Green, saying, “Yeah, if you had … a pint of butyric acid, I don’t care how big the building is, its closing.”

The goal of the Three Stooges of anarchists is to force the evacuation of the National Press Club, where the event is being held. What makes butyric acid useful in the situation is not its toxicity or corrosivity, but the fact that it is one of the most odoriferous compounds known to man. Depending on their individual sensitivities, humans can detect its presence at levels of 10 parts per million (or 0.001%).

The powerful odor is reminiscent of rancid butter (hence, the name), but can smell like vomit or bad cheese to many people. Once the molecules are released, they can remain in the environment for weeks. This can cause real problems for a facility, as chemistry teacher Dr. Kat Day explains:

It’s a stench that just keeps on giving. One of my students managed to get a tiny drop of it on a lab bench and, despite trying to clean it up, the smell lingered for weeks. In fact it was quite interesting. Most people could smell it for about two weeks (as in, they walked into the room and immediately said “ugh, what’s that smell?!”)

So the stunt would have probably rendered the facility unusable for quite some time after Inauguration Day. If the butyric acid doesn’t work, there is a plan B:

Dunn also says he’s ‘trying to think through how to get all the sprinklers to go off at once’ as a back up. ‘And the added benefit, everybody is going to walk outside in the freezing cold,’ he observes in the chopped-up scene.

Kuhn says at one point in the edited tape: ‘The message has to be, we do not recognize the city government either. If you try to close us down we will look for your house, we will burn it. We will physically fight the police if they try to steal one of our places. We will go to war and you will lose.’

O’Keefe indicates that members of his operation met with the FBI, Secret Service and DC Metro Police before publishing the video. Given the seriousness of the possible felony anti-terrorism charges that could be made in relation to this plot, DisruptJ20 has issued a statement indicating this band of agitators were playing along to fool the Project Veritas team.

“The group had no intention of causing any damage or disruption at the Deploraball,” said one of our organizers, who appears in the Veritas video. “Instead, the intent was to capture on video any compromising moments from the performers or speakers, such as the Nazi salutes that similar groups gave in November, broadcast widely by The Atlantic.

O’Keefe explains why this explanation does not pass the smell test:

One of the guests of the DeploraBall is Jim Hoft of Gateway Pundit, who indicates the following security steps have been taken by event organizers:

1. We’ve hired a professional security team to work the event. We did this through the National Press Club, which is experienced with high-security events.

2. In coordination with the Press Club, we are communicating with local police to ensure that they keep the area outside the Club entrance secure and accessible.

3. We chose the Press Club partly because we knew it would be within the security perimeter. This means there will be an expanded police presence in the immediate area.

4. We have hired four people to help with check in and are making greater efforts to verify attendees.

5. We’ve chosen an expanded lobby area to check people in, to minimize anyone from having to wait outside.

It will be fascinating to see where the DisruptJ20 trail takes the Project Veritas team.

I suspect the Trump administration is more inclined to deal out real justice instead of social justice, and if the case made by Project Veritas is shown to be true, the three stooges depicted in this first video won’t be laughing much longer.

The Anarchists that I have known did not need stink bombs to clear a room. Their infrequent personal associations with soap and water produced enough body odor to do the trick.

Just because DC is a gun free zone doesn’t mean there aren’t people who legally possess guns there. They are being really, really stupid.

Oh look, it’s the old “We were just being satirical” canard that the Left think they can hide behind.

Once again—we’re dealing with six-year-olds.

The economic costs of dealing with a well distributed Butyric Acid attack could be huge, especially if distributed in HVAC ducting that may not be amenable to neutralisation wash-down. Butyric acid is an acid, so it can and will damage fabrics and furnishings. So a serious attack could cost tens or hundreds of thousands of dollars to rectify.

Same with triggering all the sprinkler heads in a room – it’s going to cost, and cost big.

But whatever the cost, they’re still six-year-olds.

Ten-year-olds would play with matches instead. That’d be expensive, too.

Do unto to others???? Waiting for what goes around to come back and squash those “protestors.”

Wait, it’s the ANTI-FASCISTS who are planning to throw bombs in opposition to a lawfully elected president?

“anti-fascists” are usually the most violent fascistic faction wherever a group pops up and applies that label to themselves. They’re usually communists.

This could be perceived as a death threat. If anyone attending were to have breathing problems or were allergic to any chemical put out by these “bombs” than the perpetrator would be guilty of attempted murder (man-slaughter). Just sayin’.

I have found it fun/illuminating to read the comments of the regulars on anti-republic/American websites after they have been exposed by sites that oppose their beliefs. they seem to be almost terrified when their site starts getting huge amounts of additional visits from sites that have done research on their activities.
It’s much like cockroaches when the lights are turned on.

Federal Prison will have to come after recovery from the gunshot wounds they should receive right after throwing something that goes bang around a bunch of highly strung Secret Service agents.

There are a host of Federal Charges that a willing Justice Department could bring against these people. Reconnoitering a venue after that discussion could be seen as an act in furtherance of a conspiracy.

The Daily Kos has an article where left wingers apparently taped Project Veritas people talking about offering money for disruptions .
Does anyone know if the press has some kind of shield law that allows them to run stings ( as long as they don’t follow thru ) or will he be subject to charges

Well, then, maybe they should release them. Or file a lawsuit. Discovery should be fun.

Not sure what to make of it. Haven’t seen a lot of sites even mentioning the video. Seemed like they were trying to do the sting in the same manner as Veritas does theirs.
———
However, if you have time on your hands and want to make some decent money……….and maybe disrupt the disrupters….

The job offers a monthly retainer of $2,500 plus “our standard per-event pay of $50/hr, as long as you participate in at least 6 events a year,” as well as health, vision and dental insurance for full-time operatives.

I’m guessing the bikers themselves will be more substantial. Those kiddies better hit the gym.

Oh, Please, Please, Please toss anything resembling a “bomb” into a place filled with twitchy Secret Service agents you complete morons. That strange sensation you will feel about a second after you do is called; “being shot for being a dumbass” and in your case it will be well deserved and hopefully very painful.

Attorney General Sessions, did you hear that?

They’re not going to be “bombs” as such but rather glass jars filled with butyric acid.

Find out where they live and stink bomb them in the homes, cars, wherever.