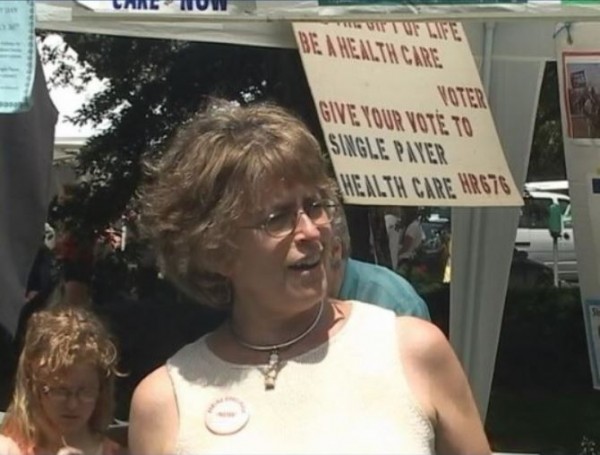 The campaign of Martha Robertson, the Democratic challenger in my home district of NY-23, really should have been on the list of the Worst Campaigns of 2014.

While Robertson started out with strong support from Emily’s List and was a Democratic Congressional Campaign Committee “Red-to-Blue” designee, literally nothing has gone right with the campaign, and a lot has gone wrong including:

Simply put, what once was a promising Democratic possibility of turning a seat from red to blue has turned into a paradigm of how not to run a campaign.

Tom Reed, by contrast, hit the airwaves early defining Robertson as an out-of-touch extreme Ithaca liberal.  Robertson and her supporters have taken umbrage at that portrayal, as if it were an attack on all Ithaca voters, but the more they protest the more they highlight the image.

Every national non-partisan political analyst following the race gives Robertson close to a zero chance of winning.  There hasn’t been any public polling released, but all these analysts must be working off of information fed to them by campaigns.  If Robertson had positive internal polling, you can bet she would release it to counter the analysts’ narrative.

Add The Rothenberg Report to the list, as it just changed its rating on the race from Leans Republican to Republican Favored.

The DCCC has reserved substantial air time for the last two weeks of the race.

Will DCCC bother throwing good money after bad? Hey, miracles can happen, but in a House which might see Republican gains, will the DCCC place its bet on a long-shot?

Update: Just after this post went live, the Rothenberg Report issued its assessment of the House races, Shift in Landscape Makes Bigger GOP House Gains Possible, including this:

Martha Robertson, an allegedly strong Democratic challenger against underperforming Republican Rep. Tom Reed, seems to have flopped in what should be a competitive, polarized district in upstate New York.

She’s avoiding the media because she’s scared you’ll show up and make her look stupid again, of course.

She could move to NJ and try to “fat shame” Christie.

Yes, absolutely, the DCCC should keep throwing away its money on her. The woman has the perfect qualifications to be a low-level office worker in a public elementary school. You know, the kind that snipes at little kids for sharing their candy.

I can believe one person is this stupid, but not an entire team of political advisors and nat’l party reps. From this I infer that Robertson doesn’t listen to her advisors or party. That is how you make the final tick from 99 to 100% Obaman.

Are we entirely sure that this isn’t some sort of donkey petri dish to see what might resonate for other races? They might have known all along that this was a lost cause and decided not to waste the opportunity to test-drive ideas. Also, it might now be just a distraction hoping the GOP turns away from something more important.

The “dog that didn’t bark” thing for me is that there isn’t a massive staff exodus.

The DCCC money will be used to create an ‘Exploding Skunk’ srategy, which is where an outgoing candidate smears, slams and generally spews hate at a soon-to-be victorious candidate in the hopes of destroying their reputation for their upcoming term and to keep that sour smell in the voter’s nose until the next election, where the candidate running against the first victorious candidate will assume the mantle of Purity and Clean Campaigning against the ancient smears that the voters still remember.

DCCC has little choice but to honor their ad time reservations. Most networks and stations limit the total amount of political advertising each election season so their programming won’t be crowded out. To reserve time and not use it costs broadcasters money.

They can’t collect for ads that don’t run, but those who reserve time and fail to follow through will have a hard time placing reservations for future elections.

We might want to anticipate that as Robertson heads toward election day as Rothenberg said a “flop”, her money contributions will dry up, and her claims will become even more outlandish. Will she even do as well as Nate, the last Democrat challenger to Reed, in Tompkins County itself? There are many long time fiscally prudent Democrats in Tompkins who don’t like her extreme Ithaca liberalism, it is just too far left for them. This is their opportunity to show Robertson and the Democrat party leadership in Tompkins that they aren’t happy where their party has drifted under the influence of the more extreme Ithaca area liberals like Robertson and Barbara Lifton. These Democrats may find they are more in tune with Tompkins Republicans than their old party and it is time to consider switching. Robertson could be the catalyst for that.

The voices holding the middle in Tompkins County Democratic County government are the local membership of Republicans active and supportive in their government of Town Boards and Supervisors, where voters keep the Town and County legislative seats in check. True to the ole saying “All Politics is local”, and where the bill sent out each January reads “Town and County Tax Bill”. It has a way of keeping the left in check when voting shows across county lines into a state and national voting district, the voters historically elect Republican legislatures to represent them. Perhaps why the DCCC decided to push back and endorse a made in the mold Nancy Pelosi want to be with the idea they were grooming a carbon copy replacement who already knows how to carry water for the team.