Audio and video recording barred, windows covered with posters so no one could look in. 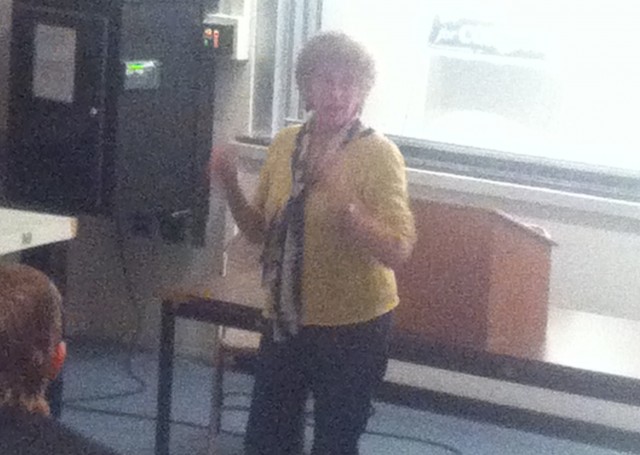 Speaking for 30 minutes to a crowd of about 40 students, Robertson, Cornell Class of 1975, mainly stuck to her autobiography and her major talking points.

We have full coverage at the Cornell Review, of which I am the Editor-in-Chief.

That video may have spooked Robertson, because at the event Wednesday night, no video or audio recording was permitted , and members of the Cornell Democrats kept close watch of the crowd.

Windows were even covered to prevent people outside the lecture hall from filming.

Meanwhile, I’m kicking myself for not taking pictures of the posters on the windows. They were “Martha for Congress” posters placed in the windows in the doors connecting the hallway at the back of the lecture hall so no one could look in. 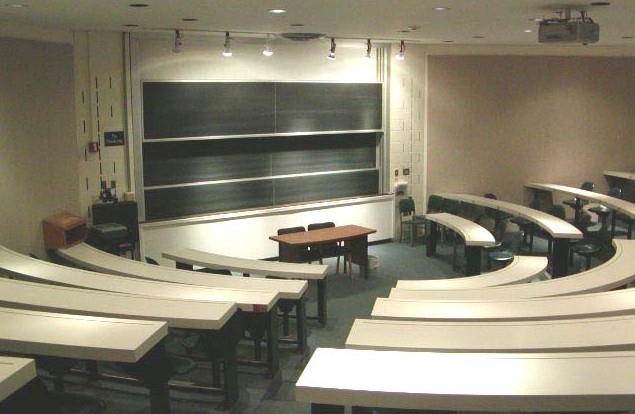 [Room in which speech took place, covered windows at back of classroom]

Why wouldn’t Robertson want her talk recorded, particularly since it was open to the campus community?

What is she afraid of?

She was hiding from her nemesis: accountability.

This is just “trickle down” of the most transparent administration in history.

As far as I’m concerned, she should give all her talks in locked-down safe-rooms where no one can hear her except for 40 people or less whose opinions won’t change, and who will be voting (if at all) by absentee ballot for someone else in the district back home.

is that even legal?
seem to remember hearing stuff like that was in violation of rulings but it may not apply to cornell.

I literally do not understand what the point of her being there was.

Honestly at this point she feels to me like somebody that knows she’s already lost but just can’t admit it so she half heartedly goes through the motions.

Robertson appears to be terrified that her own remarks and her own record will be cited. If she says things and they aren’t taped, she can deny them. So, she can tell a Cornell crowd how “progressive” and liberal she is while telling a crowd in Olean how she (allegedly) supports second amendment rights. She can tell a Jamestown crowd that she is working hard to bring in jobs while telling an Ithaca one the truth, that she opposes energy development in the western southern tier. Her candidacy is built around Orwellian mis-truths from “Republican operatives hacked my site” to out of date overweight pictures of Tom Reed.