Posted by Fuzzy Slippers on August 23, 2019 10 Comments
Here at LI, we covered the Brett Kavanaugh confirmation extensively, including the wild and ultimately debunked accusations against Justice Kavanaugh. The media frenzy was as disgusting as it was illuminating.  The leftstream media fully embraced its role as partisan social justice warriors and worked hard to derail Kavanaugh's confirmation despite the ludicrous nature of the unsubstantiated claims against him.
Read More 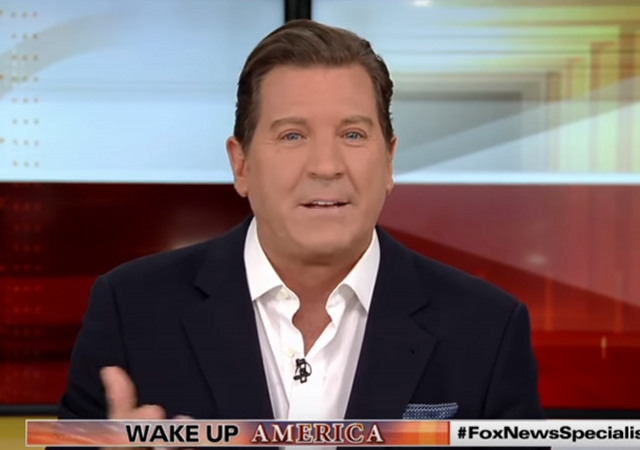 Posted by Mike LaChance on August 10, 2017 22 Comments
Eric Bolling has been suspended from FOX News, as we mentioned in a recent post: FOX News Suspends Eric Bolling for Allegedly Sending Lewd Texts The whole thing is based on a report from the Huffington Post by Yashar Ali which used multiple anonymous sources. Now Bolling is suing Ali.
Read More 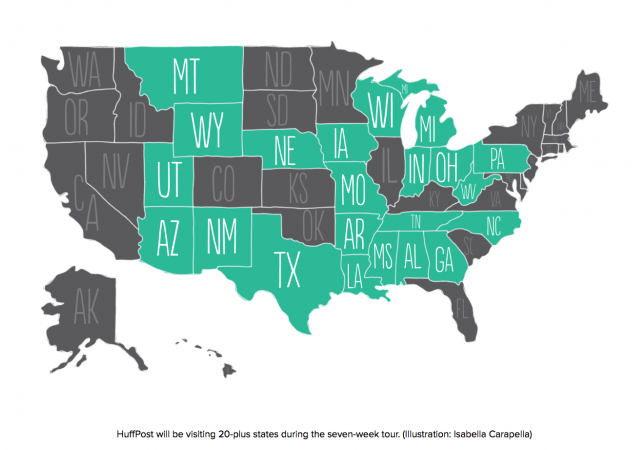 Posted by Kemberlee Kaye on July 13, 2017 37 Comments
Credit where credit's due: the HuffPost (now just HuffPost since founder Ariana Huffington parted ways) is launching a bus tour, stopping in 23 cities so their reporters (or bloggers) can find the answer to this burning question: What does it mean to be American today? The bus tour turned mobile video studio hopes to showcase "what we share as Americans, rather than what divides us."
Read More 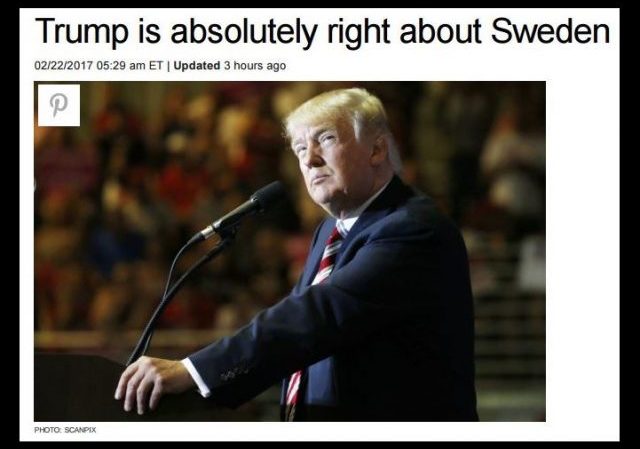 Posted by William A. Jacobson on February 24, 2017 14 Comments
Huffington Post hates Donald Trump. Af first, it refused to cover his primary campaign in the Politics section, putting coverage instead in the Entertainment section. Of course, the joke was on HuffPo, since that move proved it wasn't a serious news organization. Then, HuffPo added a "disclaimer" to the end of each column about Trump: "Note to our readers: Donald Trump is a serial liar, rampant xenophobe, racist, birther and bully who has repeatedly pledged to ban all Muslims -- 1.6 billion members of an entire religion -- from entering the U.S.” That didn't stop Trump from winning the presidency. How far will HuffPo go to hurt Trump? Far enough to delete a post that credited Trump with being right in his comments about Sweden having problems due to mass immigration and migration.
Read More 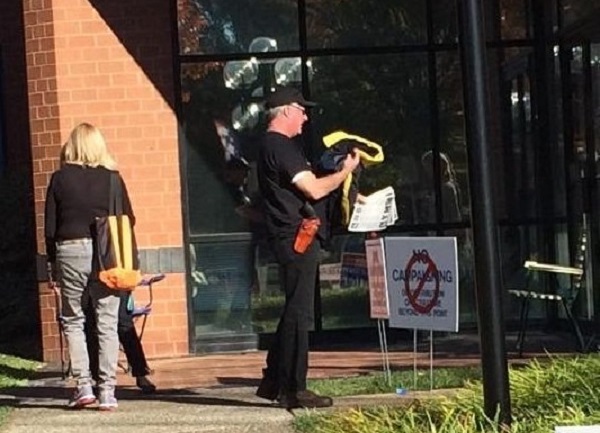 Posted by Fuzzy Slippers on November 05, 2016 70 Comments
Every once in a while a headline catches my eye because it is so profoundly misleading that it can only be purposeful.  This is one of those times. A Huffington Post article entitled "A Guy In A Trump Shirt Carried A Gun Outside Of A Virginia Polling Place. Authorities Say That's Fine" has the strange non sequitur subtitle: "The incident happened in the wealthiest county in America."  Its url also contains, for no apparent reason, the term "voter intimidation." Here's the story:

A man wearing a Donald Trump shirt and carrying a weapon stood outside a voting location in Loudoun County, Virginia, on Friday. Authorities in the nation’s richest county are apparently OK with that. Erika Cotti encountered the man when she went to vote at the county’s registrar’s office, she told The Huffington Post. Virginia doesn’t have early voting per se, but voters can cast in-person absentee ballots for a host of reasons, like if they’re going to be out of the county or city on Election Day.

Posted by Fuzzy Slippers on December 10, 2015 0 Comments
In July, Professor Jacobson wrote about the Huffington Post's decision to move its Donald Trump coverage to its Entertainment section.  He wrote:

It is a political decision by HuffPo to impose on readers its view of Trump in the most pernicious way — not as part of an explicit and open editorial process but by corrupting HuffPo’s own news process. In what universe, other than the liberal media bias, is a candidate currently leading national polls and all but guaranteed to be included in the first debate not a political issue? You can hate Trump’s campaign, but it’s still politics.

HuffPo was stuck with this ridiculous decision, even going so far as to beclown itself further by announcing Trump's decision to forego a third-party run on its Entertainment pages.
Read More 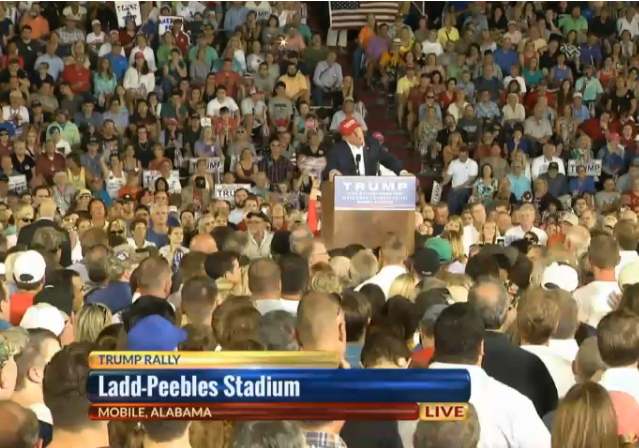 Posted by William A. Jacobson on August 27, 2015 14 Comments
On July 17, 2015, two senior political reporters at Huffington Post announced that all future coverage of Donald Trump's campaign would take place in the Entertainment section of HuffPo, not the Politics section. HuffPo played it up on its Homepage, with a graphic meant to get attention: 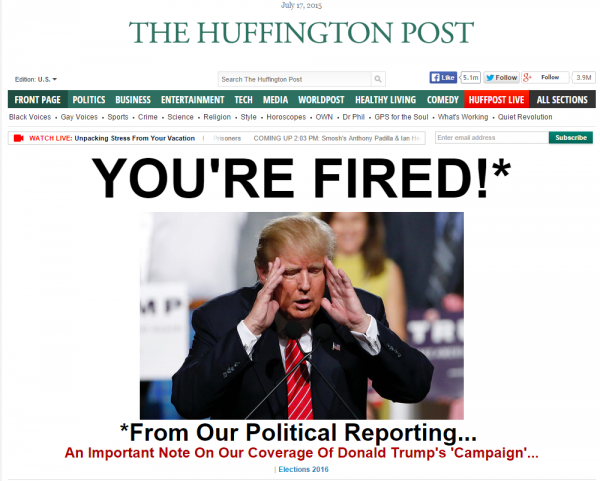 We reported about the decision at the time: 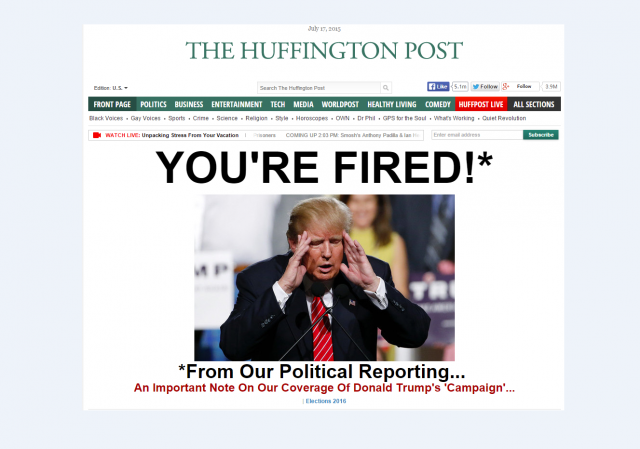 Posted by William A. Jacobson on July 17, 2015 29 Comments
Ryan Grim (Washington bureau chief for The Huffington Post) and Danny Shea (Editorial Director, The Huffington Post), have announced that because Donald Trump in their eyes is a sideshow, any news about Trump will be banished from the "Politics" section of HuffPo News to the Entertainment section, A Note About Our Coverage Of Donald Trump's 'Campaign':

After watching and listening to Donald Trump since he announced his candidacy for president, we have decided we won't report on Trump's campaign as part of The Huffington Post's political coverage. Instead, we will cover his campaign as part of our Entertainment section. Our reason is simple: Trump's campaign is a sideshow. We won't take the bait. If you are interested in what The Donald has to say, you'll find it next to our stories on the Kardashians and The Bachelorette. 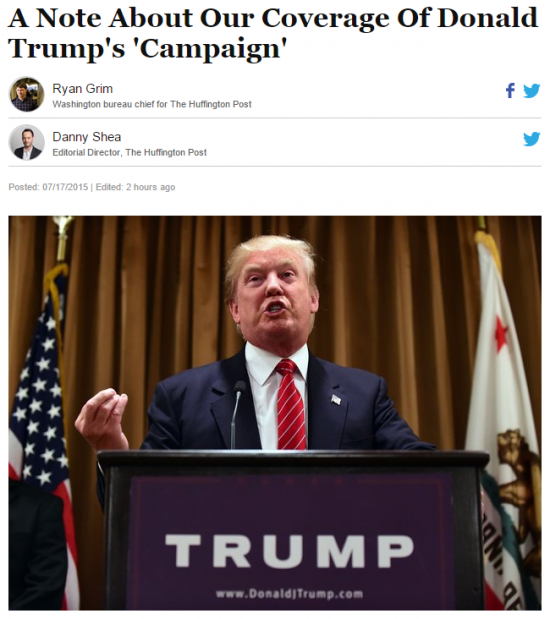 This was a political decision by the higher-ups at HuffPo to tell the electorate how to view a candidate not as part of the editorial process, but as part of the news process. Because HuffPo News has become a powerful force in news coverage, this will have a ripple effect beyond HuffPo readership. Here's how HuffPo it pitching the story on its homepage:
Read More

However, the two students who perpetrated the racist acts later claimed that it was a "joke" in order to "troll" the campus, according to the police report.  Notably, the lead perpetrator was a liberal student with a history of Obama activism in high school and college.

Below, check out these hilarious 15 liberals who just can't handle the truth!

And yet on Twitter, the student described himself as an “atheist/pacifist/environmentalist/libertarian socialist/consequentialist.” Hmm, something just doesn't add up here….

So he made some mistakes. Name an Attorney General who hasn't made mistakes. Okay, more than "some" mistakes: We were right all along, admit it, HuffPo.  Come on, man and woman up. A simple, "we're sorry" will do.  Actually, no it won't....

And now I rise to the defense of one Christopher James Christie: George W. Bush nicknamed him “Big Boy.” This dust-up is so stupid and pathetic it makes my head hurt. You see, when you call a black man a "boy" it's a racial pejorative. When you merely...

Huffington Post has an article promoted on its front page, published today at 1:36pm, from an "LGBT rights activist" referring to the Family Research Council as an "extreme right-wing group" and a "hate group":  ...