“Security officials in Gaza said the explosion came as a result of a technical error when militants were preparing an explosive device.” 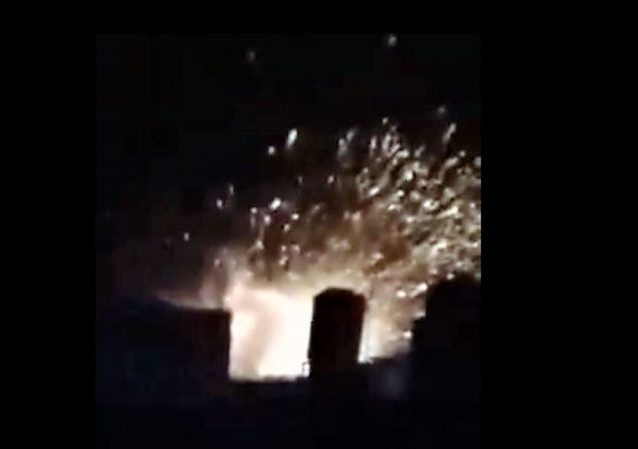 There are numerous reports of an explosion at the home of a senior Palestinian terrorist in southern Gaza resulting from a so-called “work accident.”

Separately on Saturday evening, five people were injured in an explosion in Rafah in the southern Gaza Strip, the Hamas-run health ministry said.

Local media reported the blast emanated from the home of Mohammed Talal Al-Ajani, the Rafah Brigade commander of the Popular Resistance Committees, a Gaza terror group. The explosion, apparently triggered by explosives, was said to have caused a fire and damage to neighboring buildings.

There have been conflicting reports as to the number injured. The Jerusalem Post reports that only two people were taken to the hospital.

At least four Palestinians were injured on Saturday evening in an accidental explosion that wrecked three houses in the southern Gaza Strip town of Rafah, medics, security officials and eyewitnesses said.

Eyewitnesses said rescue teams are still searching for survivors, while police and security forces have closed the area and launched immediate investigation.

Security officials in Gaza said the explosion came as a result of a technical error when militants were preparing an explosive device.

Hamas reportedly has clamped down on local reporting on the explosion.

Nonetheless, there have been images and video posted on social media, which are not independently confirmed: 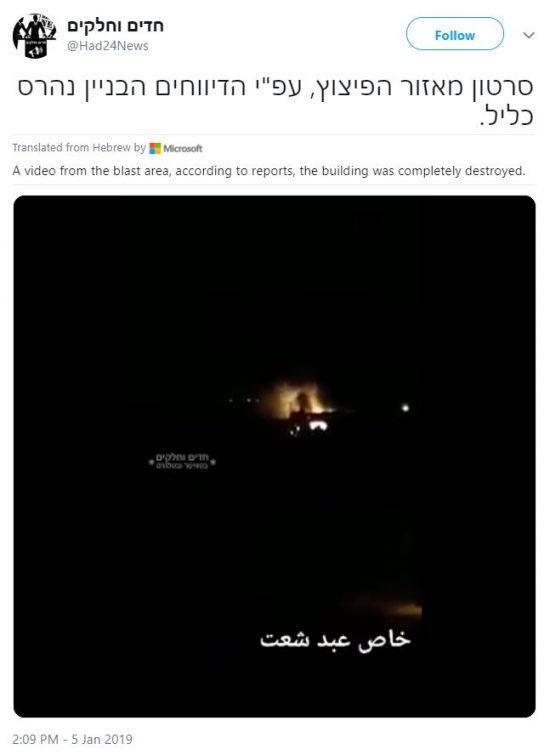 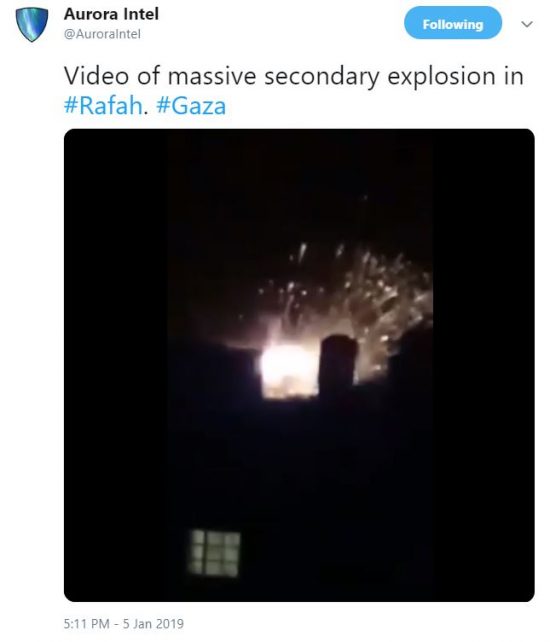 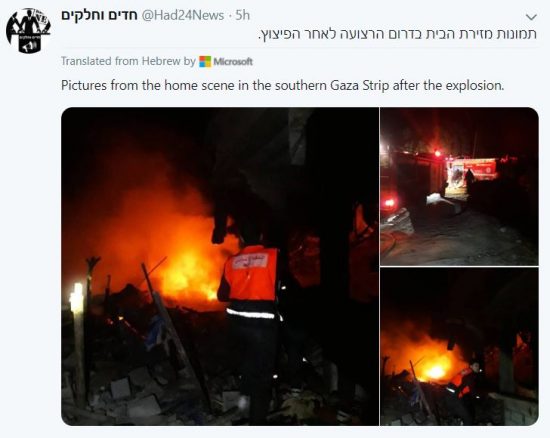 If as reports indicate, this was an accidental explosion while handling explosives, it would qualify as a so-called “work accident.”  That term is a commonly used to refer to Palestinian terrorists who die by their own hand when explosives or explosive devices they are handling detonate prematurely, or when a tunnel they are constructing collapses.

We have covered many such incidents:

Another impotent Palestinian, those virgins are safe.

I love these feel good stories!

“Due to unexpected need, prominent Palestinian group in Gaza is now hiring for several opportunities. Awesome early retirement benefits (out of this world, really). Work from home opportunities. Contact Muhammad Abdul bin Muhammad at zionismisracism.org . Please include resume, and list of at least three living references.”

No loss here. Next in line hopefully gets same reward.

“Abdul, should it be the red wire or the green one?”

“I’m not sure. Let Allah guide us as we use an infidel methodology. Ready? Eeny, meeny, miny, m…..”

Perhaps they have instituted a “green” program to reduce the use of plastics in the workplace in the interest of reducing that pile of junk in the ocean. Meaning they no longer will use the sandwich bag inserts, folded over the threads of the pipe to keep powdered explosive out of the threads.. Some of these feel-good, pseudo-environmental efforts have negative side-effects.

Perhaps they forgot to screen terrorist applicants for colorblindness.

Don’t these guys ever read the warning labels that say “Don’t try this at home!”?

Is Israel’s ‘OSHA’ at work?

Don’t ever teach these guys about quality improvement.

But do they qualify for workers’ comp?

About a $1M USA. Ironically paid for by our “foreign aid”. That is how much his spouse and mother will share.

over/under this is the first successful combat deployment of a SDB?

that would be awesome.

If only they had OSHA in Palestine.
#bomblivesmatter.
(Sarcasm Tag is in effect)

I think these guys deserve their own commemorative song. Say, something along the lines of I’m Forever Blowing Bubbles. Using the tune, a good lyricist could have a blast!

This site crashes after about a minute on my IPad. Is anyone else having this problem.

“Hamas reportedly has clamped down on local reporting on the explosion.”

But, but I thought democracy dies in darkness.

This just in: NEWS FLASH. Nancy Pelosi demands that Mr Ajani‘s family be eligible for compensation from Workmen’s Compensation Act. Nancy says we are all one family now and this terrible accident was caused by the Israeli Wall. Walls are immoral.

I wonder if the injured will get workman’s comp?