Hamas Bomb Expert Blows Himself Up

Hamas Bomb Expert Blows Himself Up

Hamas Commander Abdel Rahim Abbas killed when explosive he was working on exploded at passport building. 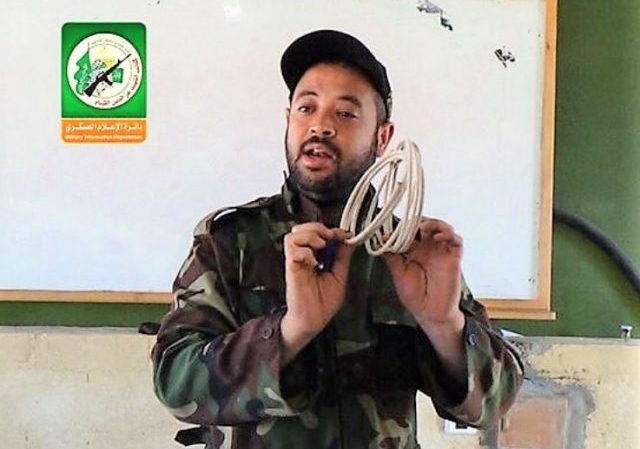 We have covered several instances where Hamas and other Palestinian terrorist commanders and bomb experts have blown themselves up or otherwise killed themselves in what euphemistically are called “work accidents.”

Sometimes it clearly was an accident, sometimes there is suspicion that Israel was behind it:

A member of the Hamas security forces was killed Wednesday in an accidental explosion in the Gaza Strip, the Palestinian terror group reported.

The military wing of Hamas announced the man was Abdel Rahim Abbas, 42, a local commander of the Hamas security forces.

The Hamas-run Gaza interior ministry said the explosion happened at the administrative headquarters for the police’s bomb disposal unit and was a result of explosive materials catching on fire during an inspection.

Police and civil defense units extinguished the fire caused by the explosion, the ministry added.

A Hamas security source said he was trying to neutralize an Israeli munition.

He did have a history of dealing with unexploded Israeli ordinance.

This photo appears to show the power of the explosion inside the passport building where he was working on the explosives. 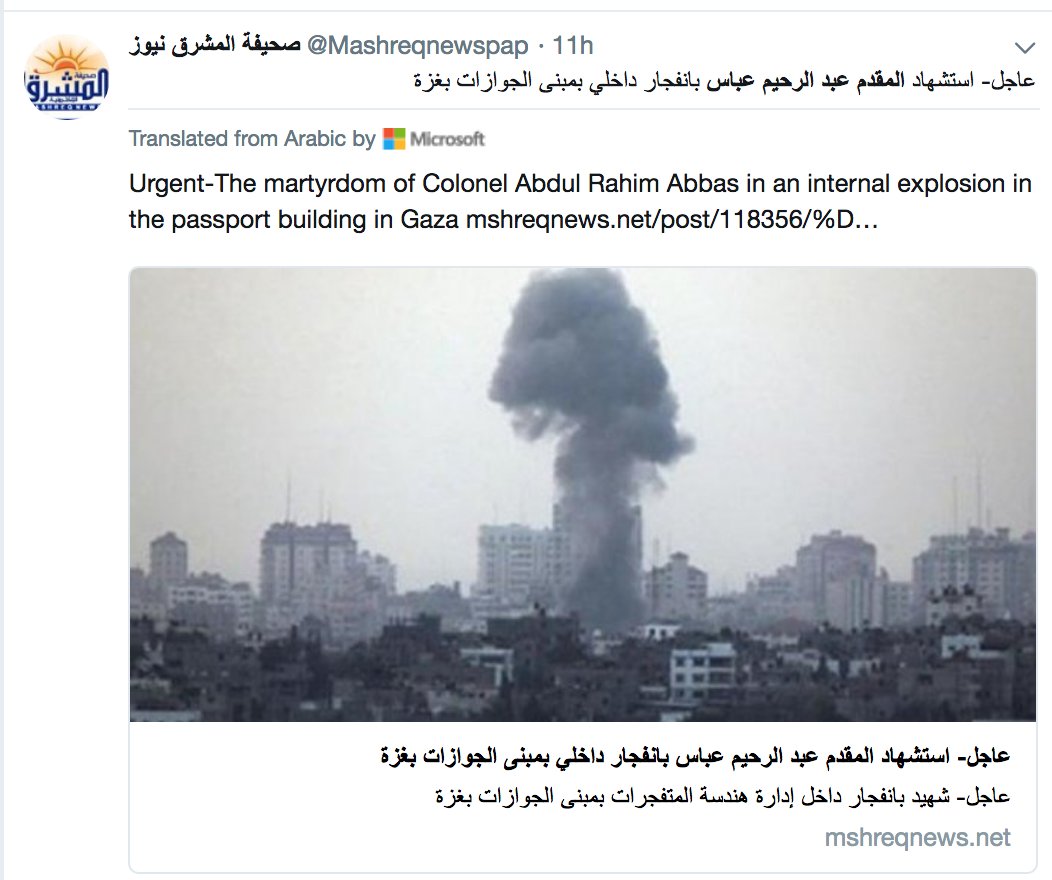 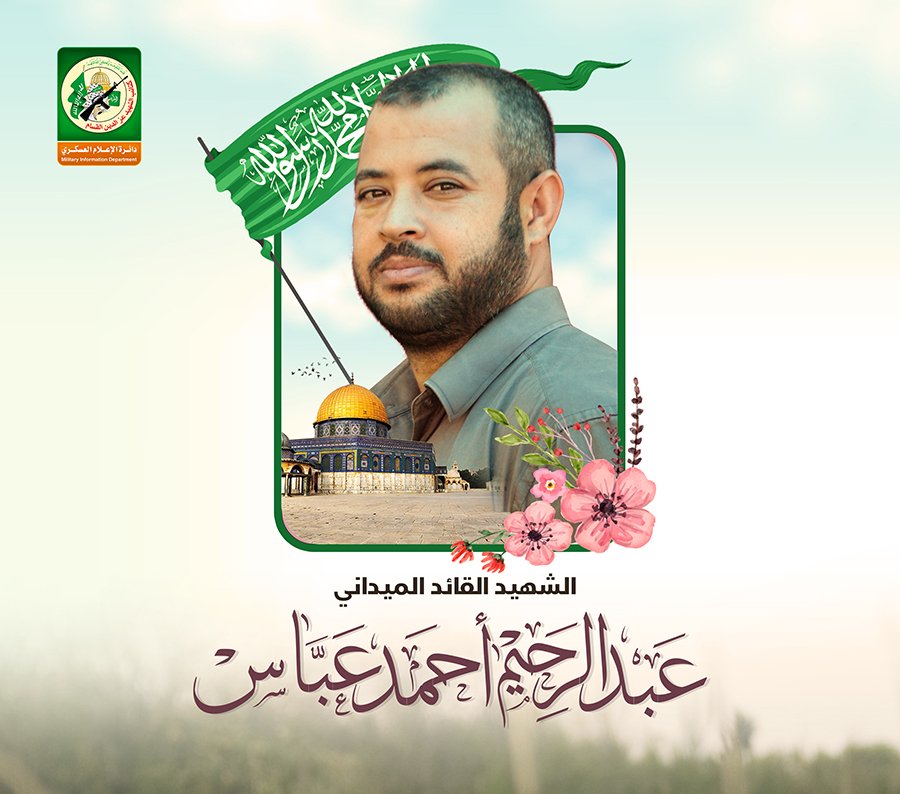 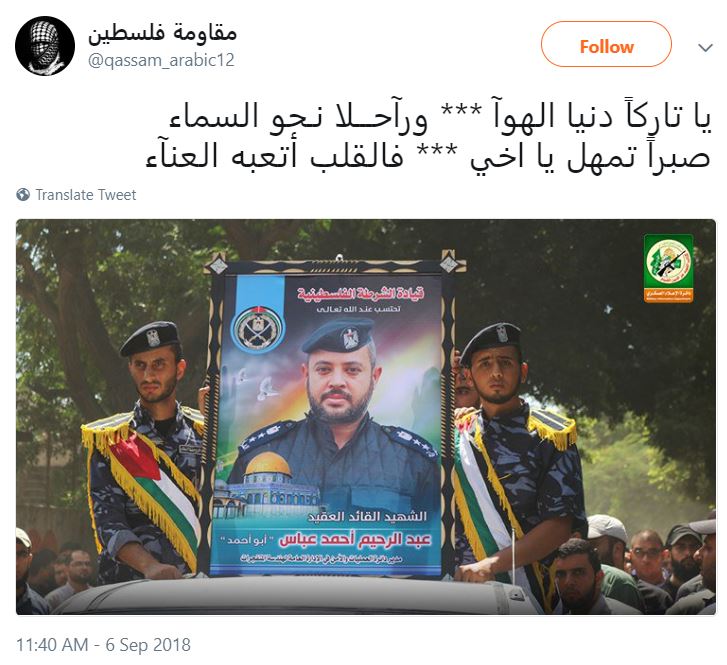 The top Hamas brass turned out for the funeral, demonstrating how important he was in the terror group: 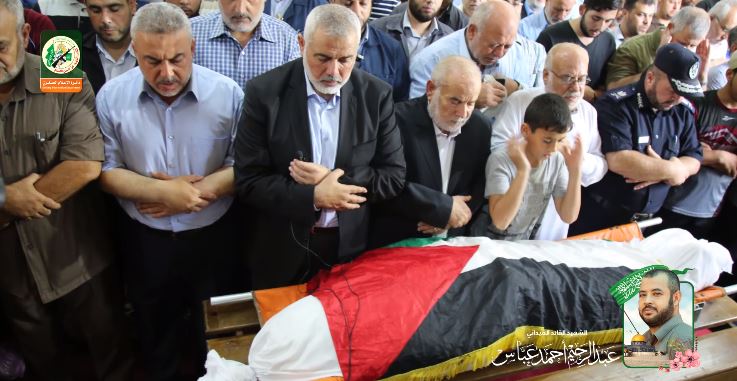 I particularly like the auto translate on this tweet — not sure “champ” is the translation intended by Hamas: 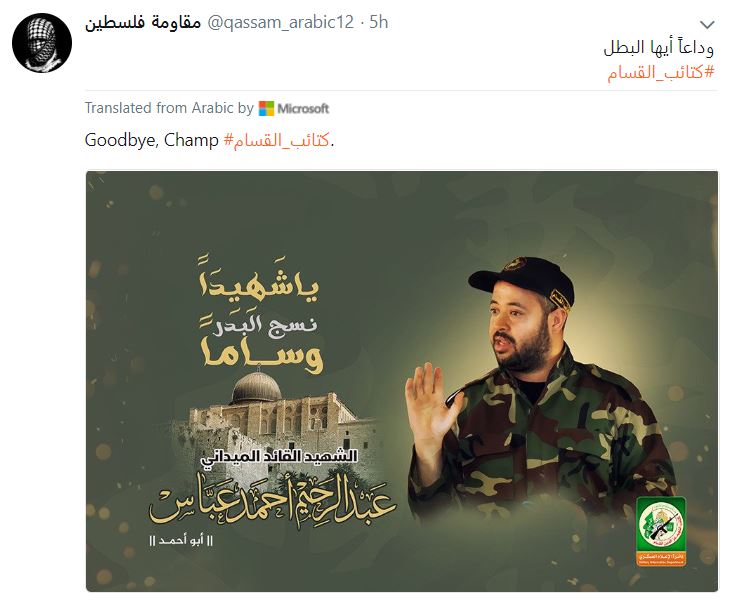 Photos also have been posted of the “champ” appearing to instruct others on how to wire bombs. 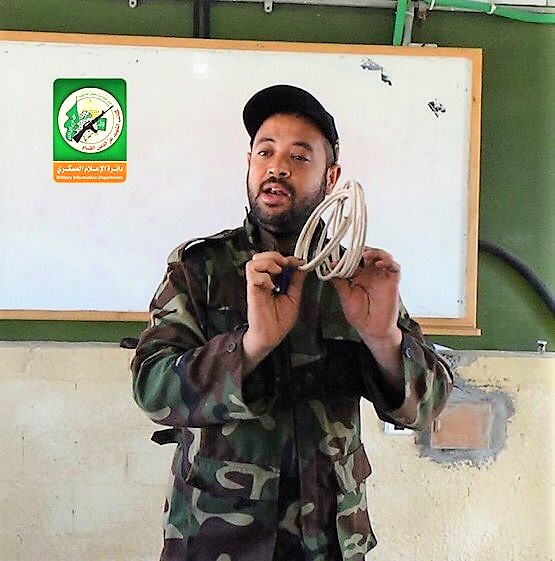 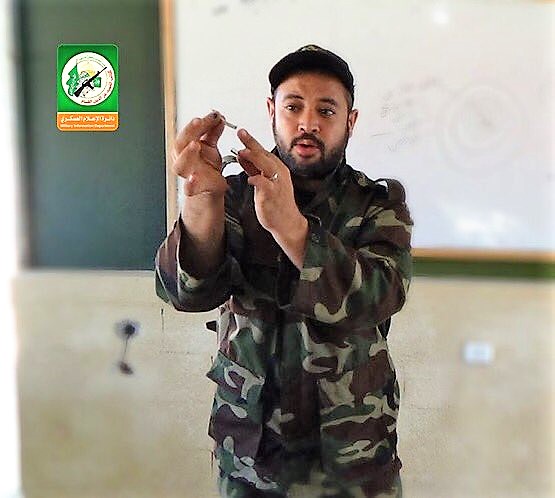 Those who can’t do, teach.

Here he is in front of his last class,

Thank you so much for this post, Prof. Jacobson. After all of the ridiculousness coming out of D.C., I needed a laugh.

Palestinians are chronic liars, but either way, so maybe they claim he was attempting to disable an Israeli device to save face, but regardless Israel won this one.

That looked like a pretty intact corpse under that flag are they sure they got the right piece(s)?

Now standing in line for his 72 Virginians.

The reason that they can offer 72 virgins is that none of the Muslim men are up to servicing them.

I always hope the virgins are male.

That’s not Abdel. ? Abdel’s taller than that.

File another claim with Mutual of Gaza…

Achmed the dead terrorist’s handler would say that he “Died of pre-mature detonation.”

Squint at that diagram of the exposion and your comment says it all.

My favorite line from the Achmed routine …

“What was the last thing that went through your mind?”

(pssst, it was the Israelis, don’t tell.)

i LURVE a story with a happy ending!

Would’ve been a DNC frontrunner

Another case of an on the job accident. OSHA is on the way investigate.

Hoist by his own petard.

Ahh, one less mouth to feed.

I wish I knew how to caption photos, because those last 2 are pure gold.

This is why you need to attend accredited bomb making schools and use only OEM parts. Dude will never get his money back.

What would we do without experts?

I guess we’re going to find out as we are down one.

Probably I’ll have to call one of my old Navy EOD buds.

Oh, wait! That would have been my first instinct, rather than calling Hamas. And don’t kid yourselves.

I have their phone numbers.

A feel-good story for a Thursday night. Thanks!

Maybe they can get Forrest whitaker to play him in the movie. My buds and I call these pink mist events. Poof! Pink mist.

“My buds and I call these pink mist events.”

Can I steal that?

not much to steal: it’s a common term among military folks here in the US… at least the combat arms types.

A feel-good story for a Thursday night. Thanks”

I was working for an admiral when some idiot broke into one of our SEAL’s homes.

You, really, don’t want to do that.

So the SEAL shot idiot dead. And the Sandy Eggo PD cleared him of any and all wrongdoing from the beginning of time until the day of Resurrection. Feel good story of the last century.

But my admiral was obsessed over the issue of how tight a group the SEAL had put into the criminal’s chest. He obsessed over it for a week. And because I was the intel guy, he expected me to find out.

I carry no weight down at the morgue.

Finally I had to tell him, “How tight was the group? Tight enough, the perp is dead. Let it go.”

My brush with greatness.

Very unusual passports they have there.

Accident or not, it falls under the heading Good News Story.

Must have been an ACME manufactured bomb.

He was a walking HR violation. He blew up in front of his coworkers.
I guess it was the red wire after all

Looks like Det(onating) Cord, not wire, in the next to last picture and a primer in the last picture.

And those who can’t teach, teach teachers.

He blowed up real good.

He had blue eyes. One blew this way, the other blew that way.

I’m surprised that they found enough of him to make it look like there’s a body under that flag.

Time to gather up the pieces before the Palestinian eagles (pigeons) come to the table. Few people know this, but there are few things as tasty a meat impregnated with nitrates….that’s what BACON is all about!

If it was Israeli ordinance he was working on, it’s not unexploded anymore.
This is so commonplace that it doesn’t even rate an honorable mention in the Darwin Awards anymore.

“Martyrdom” used to mean you died in battle against the enemy in the name of Islam. Now you can blow yourself up (purposefully or by accident) and it’s also called “martyrdom.” That’s not what Mohamed had in mind.

I love it when the Life Rule of the survival of the fittest is invoked and a sub human takes themselves out of the gene pool.

Too bad others were not there with him.

“Long hair… Short hair… Whats the difference once the heads blown off!”

Perhaps it was martyr dumb.