Hamas member killed in “accidental explosion during preparation and training”

Hamas member killed in “accidental explosion during preparation and training” 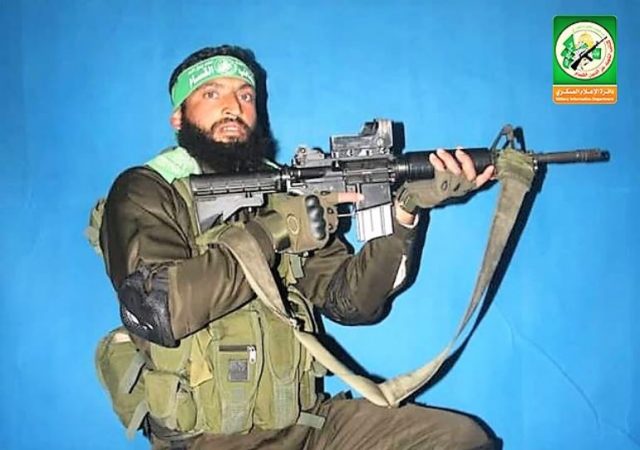 A “work accident” is a commonly used term to refer to Palestinian terrorists who die by their own hand when explosives or explosive devices they are handling detonate prematurely. We have covered many such incidents.

We now have a Palestinian Work Accident tag, to keep track of various accidental handling of explosives that have killed terrorists.

The Times of Israel reports on Jneid’s accident:

A member of the Izz ad-Din al-Qassam Brigades, Hamas’s military wing, was killed on Thursday in an “accidental explosion” in the northern Gaza Strip, the terror group said.

Daoud Jneid of Jabalia in northern Gaza “was martyred in an accidental explosion,” the Qassam Brigades said in a statement on its official website.

The Hamas-run Health Ministry said Jneid was 37. The Qassam Brigades said he was 39.

The explosion took place at a site that belongs to an armed group in Gaza, the Hamas-linked Palestinian Information Center reported, citing local sources.

The International Middle East Media Center, which describes itself as “a media center developed in collaboration between Palestinian and International journalists to provide independent media coverage of Israel-Palestine” provides the following details:

The Al-Qassam Brigades, the armed wing of Hamas, has reported that one of its fighters was killed, on Thursday morning, in an accident explosion, in the northern part of the Gaza Strip.

Al-Qassam said the fighter, Daoud Rezeq Eid Jneid, 37, was killed in an accidental explosion “during preparation and training.”

Media sources in Gaza said the Palestinian was killed when a grenade accidentally detonated, in the Civil Defense headquarters, in northern Gaza.

They added that Jneid was killed in the same center which was recently targeted by Israeli missiles and shells.

The Palestinian was from Jabalia, in the northern part of the Gaza Strip.

Another ‘hand grenade’ accident? That seems to be a common, and likely inaccurate, explanation.

The al-Qassam Brigade posted this notice on its website (image is auto-translate), along with several portraits of the type we frequently see from these terrorist groups: 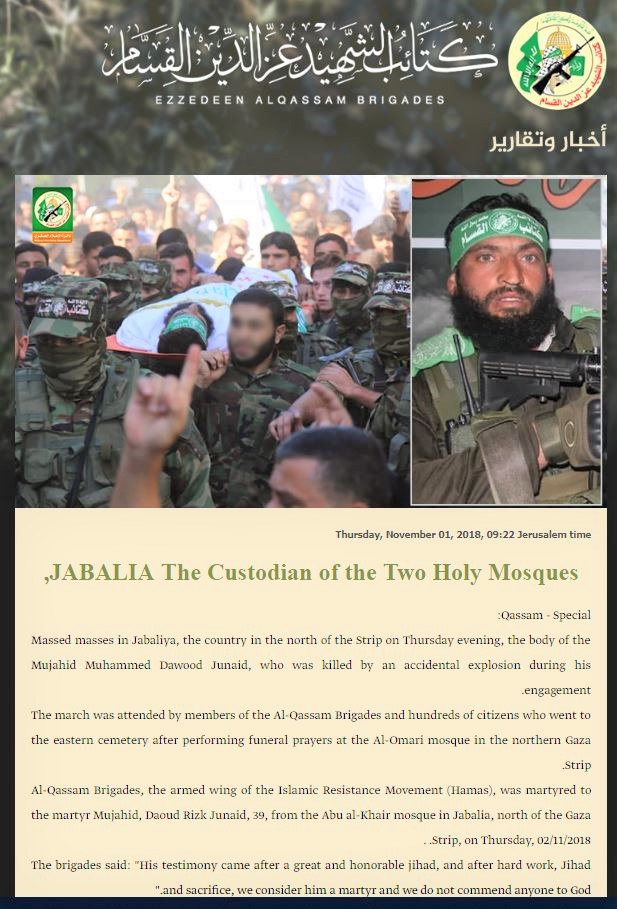 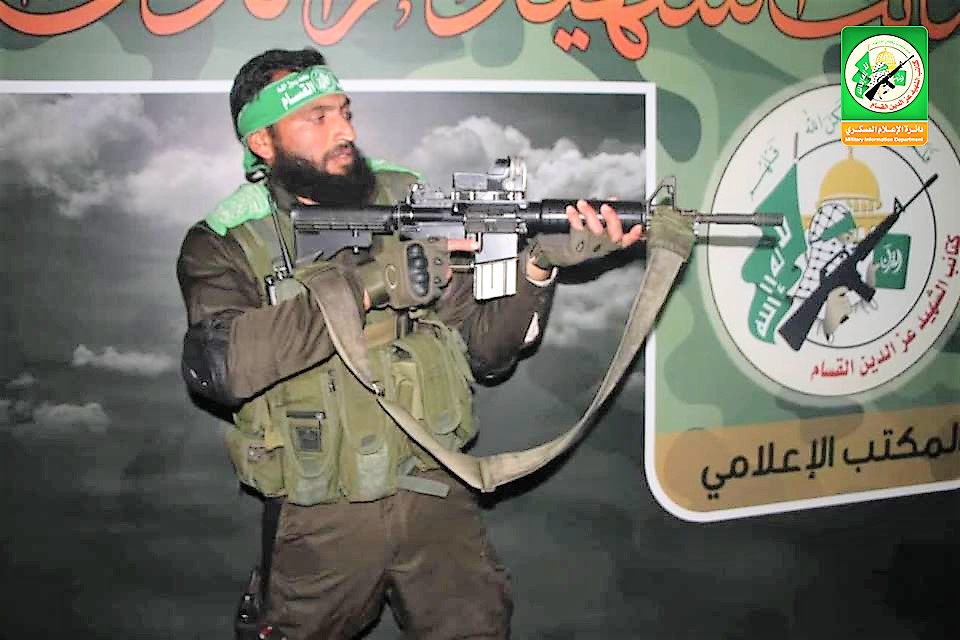 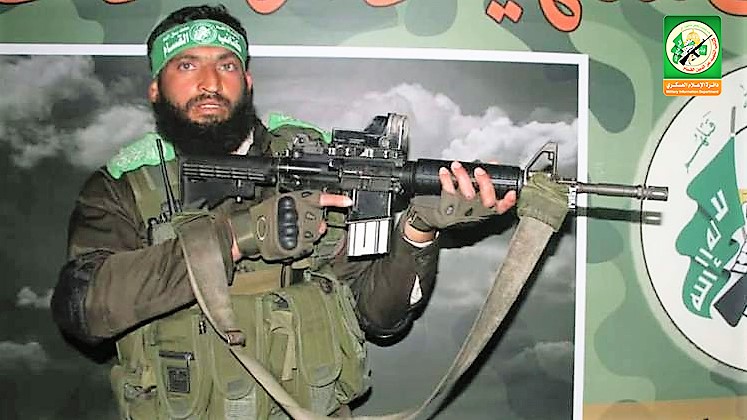 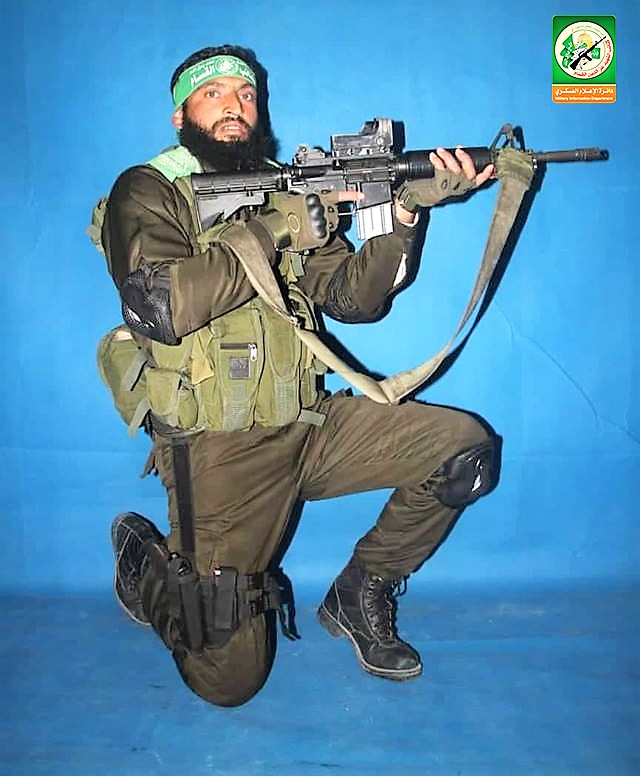 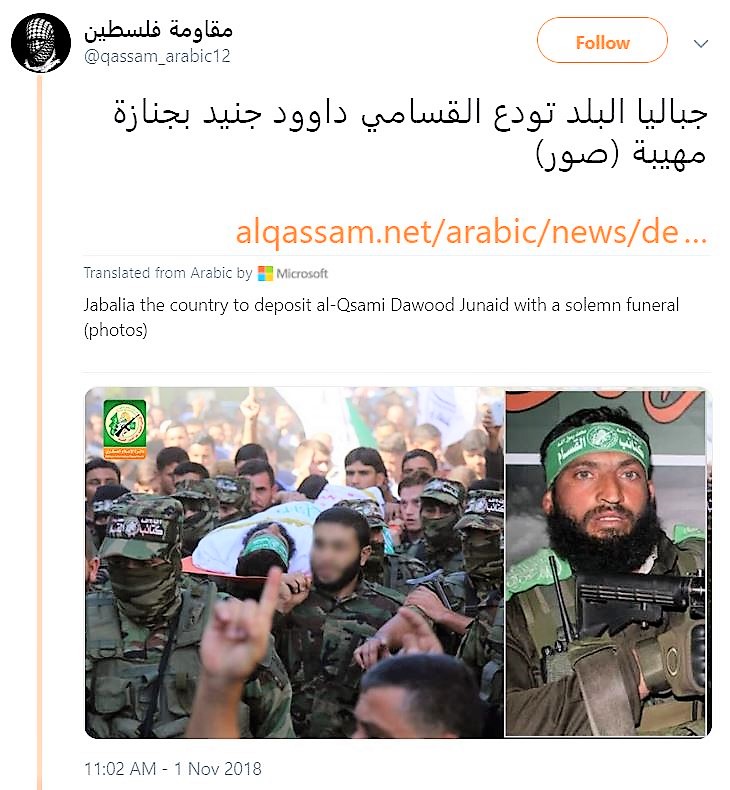 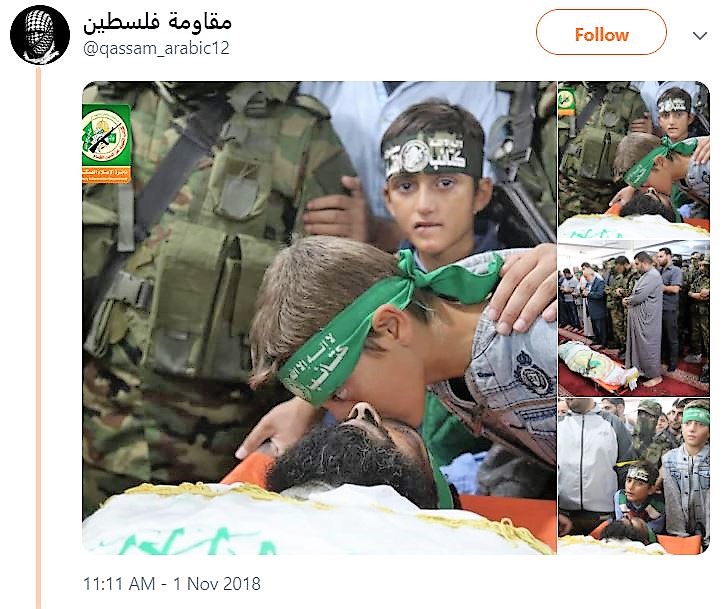 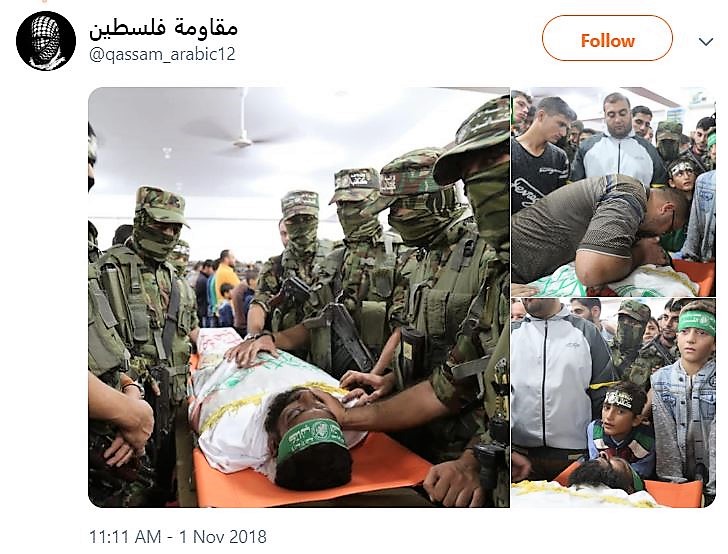 their workers comp policies must cost almost as much as an obamacare plan…..

And the American tax payers have been paying that premium for decades through foreign aide to Palistine.

notamemberofanyorganizedpolicital in reply to Shadow5. | November 1, 2018 at 3:32 pm

By and large, Palestinians are incompetent. Their funerals should be ground zero for a fuel air bomb, a device which would incinerate a 200 meter radius circle.

Not really. The government picks up the cost: pure single payer, the Democrats dream comes true.

What happened, did he get a robo call from Beto? LOL!

The “blue screen” background is a genius touch. That way, he can be CGIed into any actual battlefield, while hiding in a hospital.

Hamas should call in OSHA, to ensure safer working conditions, in order to prevent massive walkout protests by rank and file employees.

Set up a Union.

I did not know this, but I will have to look into it.

JusticeDelivered in reply to notamemberofanyorganizedpolicital. | November 1, 2018 at 8:47 pm

Superglue his pieces together.

JusticeDelivered in reply to notamemberofanyorganizedpolicital. | November 1, 2018 at 9:01 pm

They had to superglue his together.

persecutor in reply to notamemberofanyorganizedpolicital. | November 2, 2018 at 11:16 am

He’s remarkably “intact” for someone who detonated! I love the photos of him with his AR–almost like they’ve started a line of Terrorist Trading Cards for the kiddies: “Collect ’em, flip ’em, share ’em with your friends!”

The real danger is mean words on the internet.

I really hate when this happens. The good news is that he will not make THAT mistake again!

May his 72 virgins all be extremely old and ugly.

Hahaha he is disqualified from the 72 virgins clause.

I know QUEEN has a song for this!

What did the Islamic terrorist say when his vest malfunctioned?

That can happen when one is a practicing member of the cult of Pieces and Love.

Was he practicing with his suicide vest?

Notably, this dope was not hilariously described as a bomb “expert” like recent similar suckers.

Now, we need to teach the rest of these heathen scum how to emulate this behavior.

Interesting, that no one has yet blamed Trump.