Hamas terrorist killed when attack tunnel collapses on him

Hamas terrorist killed when attack tunnel collapses on him

Location in central Gaza strip makes clear it was not a smuggling tunnel, al-Qassam brigade publicly mourns the loss 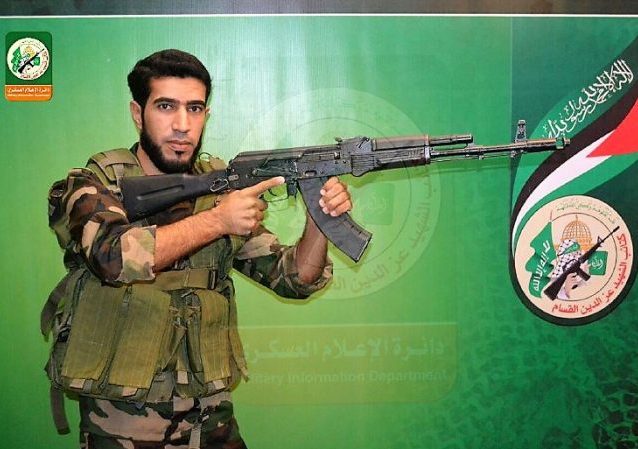 The International Middle East Media Center, a Palestinian news group, reports that Hamas al-Qassam brigade member Tha’er Nayef az-Zare’ey was killed yesterday when a tunnel he was in collapse.

While IMEMC refers to the tunnel as a “siege-busting tunnel,” the location in the central Gaza strip, far from the Egyptian border, demonstrates that it was not a smuggling tunnel. IMEMC reports, Qassam Fighter Killed In Tunnel Accident In Central Gaza:

The Al-Qassam Brigades, the armed wing of Hamas, has reported that one of its fighters was killed, Sunday, when a siege-busting tunnel collapsed on him near the border in Deir al-Balah, in central Gaza.

The Brigades identified the fighter as Tha’er Nayef az-Zare’ey, 30, from Deir al-Balah. His corpse was located under the rubble and was moved to the Al-Aqsa Hospital.

Al-Qassam tweeted these before and after images of the deceased: 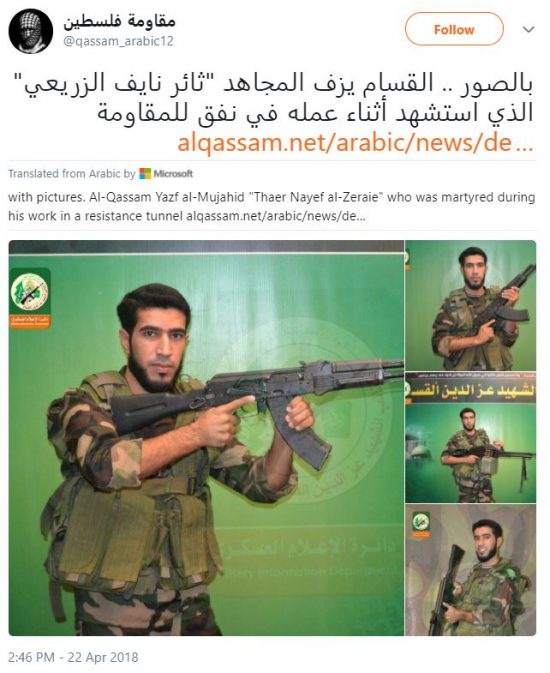 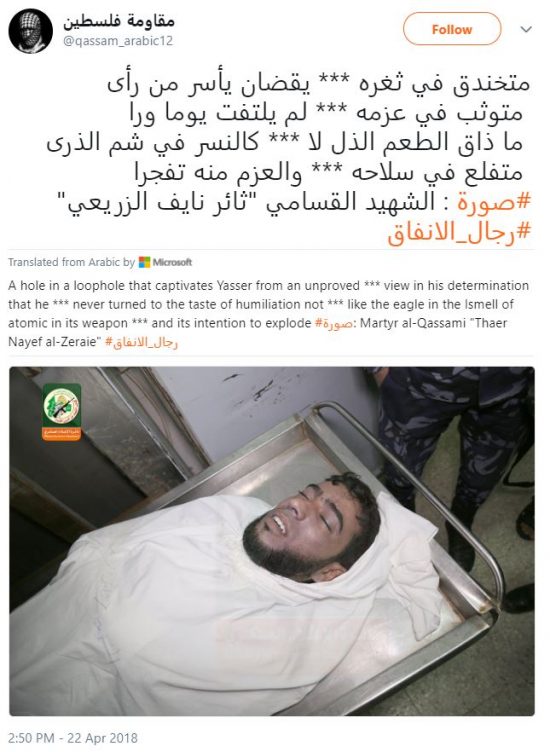 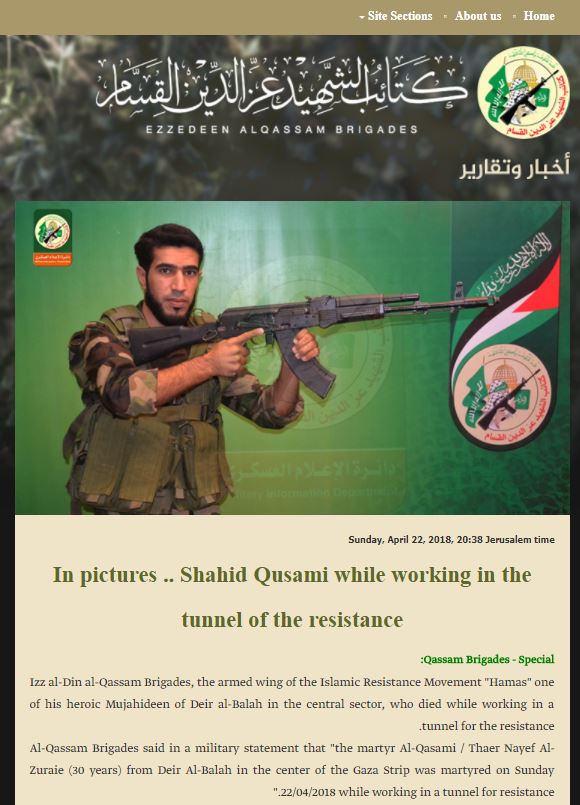 If this doesn’t prove karma exists, nothing does.

Probably President Trump’s fault, for moving the embassy to Jerusalem.

I just love positive human interest stories. Got warm fuzzies from this one.