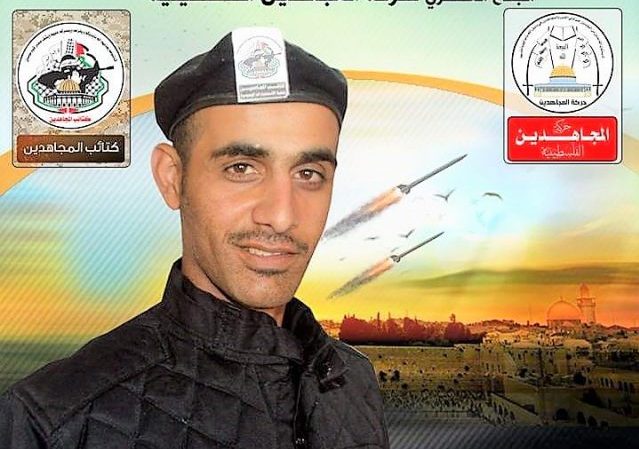 Consider this part of the Palestinian terrorist “work accident” series.

A “work accident” is a commonly used term to refer to Palestinian terrorists who die by their own hand when explosives or explosive devices they are handling detonate prematurely. We have covered many such incidents.

We appear to have another member of the club, during Hamas-led attempts to breach the Gaza border.

These border attacks began last spring under the name of the “Great March of Return.” From the start, these were not mere protests, but military-style attempts to tear down the border fence, with minors often put out front for the cameras. Huge tire fires were set to create a smokescreen.

The overwhelming majority of those killed near the fence were military members of various terrorist groups.

In the past two months, the attacks have become increasingly violent, and openly military.

IEDs and hand grenades are thrown by the hundreds, accompanied by rocket and mortar fire. Israel has retaliated with aircraft strikes on empty Hamas and Islamic Jihad facilities. But the trajectory of the violence could lead to a full scale war if, as has happened in the last few days, Palestinians fire rockets at major Israeli cities.

Over 100 improvised bombs and grenades were hurled at Israeli troops during Friday’s riots at the Gaza border, the military said Saturday.

The army released footage of the violent demonstrations, which it said were the worst in two months, depicting attempts to breach and sabotage the security fence.

It also said IDF forces were still engaged in the controlled detonation of unexploded bombs and grenades.

The Times of Israel reported on October 26, 2018 about deaths during Palestinian militant attempts to breach the border fence, including someone named Jaber Abu Hemesa, who apparently died when a ‘hand grenade’ he was holding exploded prematurely:

One of the fatalities, named as Jaber Abu Hemesa, died east of El Bureij, in the central part of the Strip, when a hand grenade he was holding exploded accidentally, witnesses said.

There wasn’t much other information I could find about Hemesa or his death.

But Joe Truzman, someone who follows Gaza events on Twitter and has been reliable, posted this information about the death of a Palestinian field commander, who appears to be Hamesa: 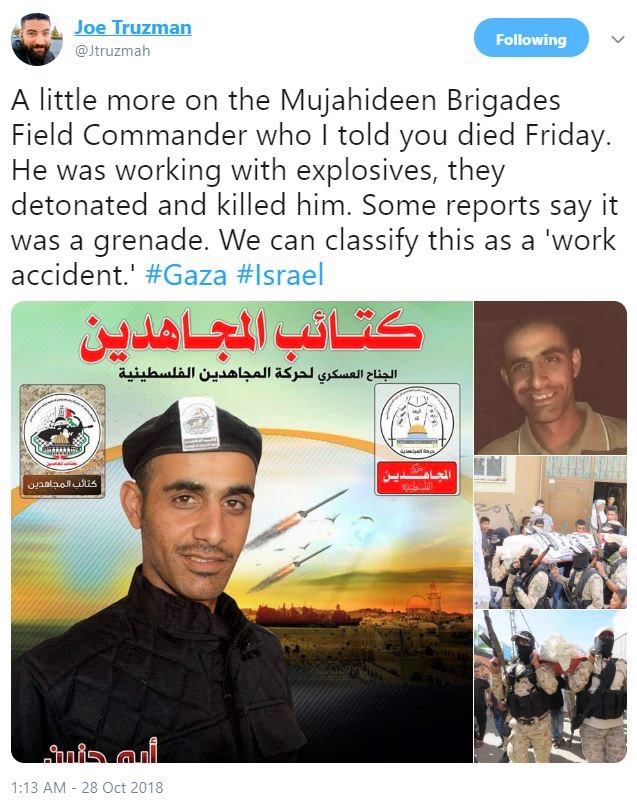 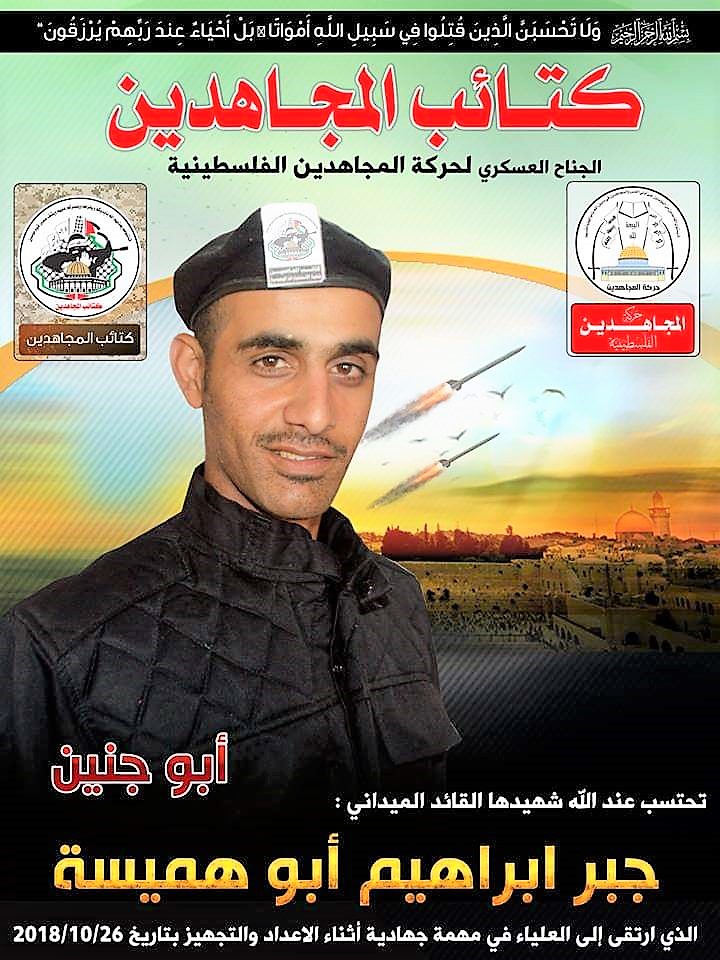 The Al-Mujahideen Brigades is affiliated with Hamas, and has been involved in building cross-border attack tunnels, many of which Israel has destroyed in the last three years.

U.S. Is Ending Final Source of Aid for Palestinian Civilians

No more death payments to terrorist families from the US tax payer.

I am sure that some liberal will blame Trump, Kavanaugh or those evil Jews of murder.

Well, if you’re a liberal NPC, that’s all you know to do.

If you haven’t watched conservative Mark Dice, you’re in for a treat:

Pesky things, them fragmentation grenades. Toughen up, put a band aid on it, get back to work.

Rub some dirt on it, Johnny…errr…Jaber

The Hamas Commander could’ve learned a thing or two from the MAGA Bomber. You get more media coverage from fake explosives plus they’re a lot safer too.

If this lox is a ‘commander,’ Hamas (like Antifa) has nothing left but to resort to scraping the bottom of the barrel.

“SCRAPING” Strange you should use that ‘term’, since that’s how they found all the pieces…scraping them off the ceiling and the walls; all the pieces the pigeons didn’t already eat.

Guess he didn’t read the latest OSHA report on grenades and workplace accidents, and now he can’t get paid by us for his Workman’s Comp claim. I hope his 72 virgins all look like Helen Thomas.

If that traitor Odumbo was still president, he’d order this guy’s family be given worker comp death benefits.

Thank you for this post, Professor. We needed some good news today.

Made me think of the demise of Leonard Smalls, the “Biker of the Apocalypse”, from the movie, Raising Arizona”. (Unfortunately, I couldn’t find a clip to post here.)

Think it is about these terrorists get their equivalent of OSHA. Way too many workplace accidents /sarc.

Think it is about these terrorists get their equivalent of OSHA. Way too many workplace accidents /sarc.

LOL. At least this guy didn’t make phony grenades and sent them to himself.

LOL. At least this guy didn’t make phony grenades and sent them to himself.

The Religion of Pieces.

When you have a pathetic ego, and because of it have no present ability to make anything of yourself, you join Hamas (or antifa.)

Retirement prospects aren’t good, but you get to feel powerful for a little while. One caveat: there could very well be a place called Hell. (Or prison. And then Hell.)

Just look at the mug on that idiot.

Premature Detonations can become a problem as men get older.

Another claim to Mutual of Gaza!

Perhaps it was the Joooz that booby-trapped the grenade so that it went off “accidentally”. If I were the leader of Mossad, that’s the rumor I’d be planting.

It was Jewish mind beams.

Now ain’t that a crying shame…

I wonder if anyone has done a study comparing the number of these “work place accidents” to the number of “freedom fighters” put out of work by the IDF.

Let them fire their rockets. Iran doesn’t have any more money to replace them.

They should issue them a new uniform. A shirt with a target on it. Make the IDF’s jobs easier.

Such desperation such stupidity. It seems they won’t be satisfied until they’ve all committed suicide.

Excuse me while I shed a tear.