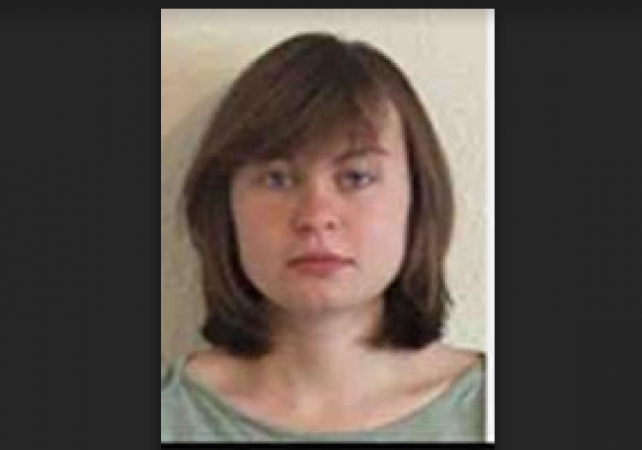 A favorite chant of anti-Israel students on U.S. campuses is “Long Live the Intifada.”

The First and Second Intifadas were marked by extreme violence directed at Israelis, with suicide bombings being the hallmark of the Second Intifada.

It was the suicide bombing campaign starting in 2001 during the Second Intifada, masterminded by the likes of fugitive from U.S. justice Ahlam Tamimi, that led to the building of the security barrier (in some places a wall, in most places a fence). That security barrier, which anti-Israel activists libelously call the “Apartheid Wall”) was in important factor in ending the Second Intifada, but not before almost 1000 Israelis were killed.

More recently, starting in 2015, is the so-called “Knife Intifada,” which has consisted of a large number of high profile stabbings and attempted stabbings by Palestinian terrorists, along with car rammings and shootings.

We have covered many of these attacks:

The “Knife Intifada” is a direct result of Palestinian media and political incitement, even of children, such as these recent examples:

The “Knife Intifada” has had another notable element, the use of attacks by Palestinians with personal or family problems as a way of redeeming their honor and that of their family, or provoking a deadly response. I wrote about this in the post What motivates Palestinians who commit “suicide by Israeli cop”?

Now you can add another victim to the Knife Intifada, from a Palestinian with a history of mental problems who chose to attack passengers — which he likely presumed were Jews — on the Jerusalem light rail. 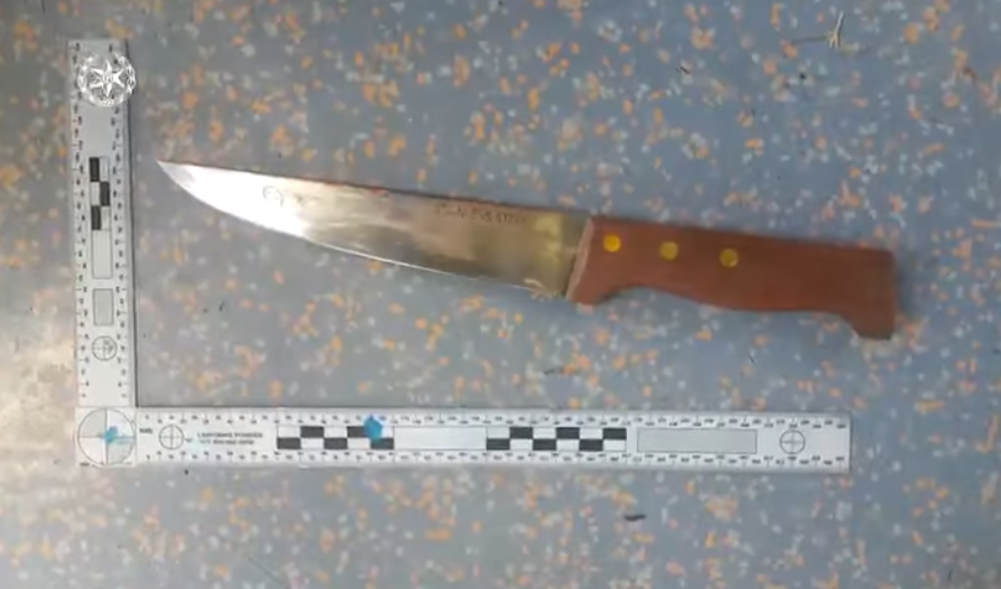 A 23-year-old British exchange student was killed on Friday in a stabbing attack on Jerusalem’s Light Rail outside the Old City.

Hannah Baldon, who was studying in Israel as part of an exchange program, was critically wounded and taken to Jerusalem’s Hadassah Hospital on Mount Scopus, where doctors tried unsuccessfully to save her life.The attack occurred around 10:00 GMT near Tsahal Square just outside the Old City where Christian commemorations were under way for Good Friday as Jews marked the week-long Passover holiday.

A spokesperson for Israeli Police said the Palestinian attacker, identified as 57-year-old Gamil Tamimi from the East Jerusalem neighborhood of Ras al-Amud, was apprehended and taken in for interrogation.“

A 30-year-old pregnant woman and a 50-year-old man who were lightly injured in the ensuing chaos also received medical treatment, medics from the Magen David Adom emergency service said.

Police had been on high alert for Passover when tens of thousands of Jews pray at the Western Wall inside the Old City and some visit the flashpoint Temple Mount compound above it.

The Times of Israel has more on the victim:

The young British woman murdered on Friday in a terror attack in Jerusalem was named as Hannah Bladon, 21, an exchange student at the Hebrew University of Jerusalem.

Bladon started her studies in January at the university and was set to complete the program in September. She took courses on Bible Studies, archaeology and religion at the Rothberg International School at the institution, according to reports in the Hebrew-language media. She previously studied religion at the University of Birmingham….

In a Facebook post in January, Bladon wrote that she was doing ok in response to some concerns for her safety amid an ongoing wave of terror attacks that had largely subsided since beginning in October 2015, saying: “Security is really tight on campus so no worries at mo[ment]! Managed to see a lot of sites before starting my classes today so defo (definitely) having a great time! Xx.” The comment accompanied a pictute of the Dome of the Rock on the Temple Mount in Jerusalem. 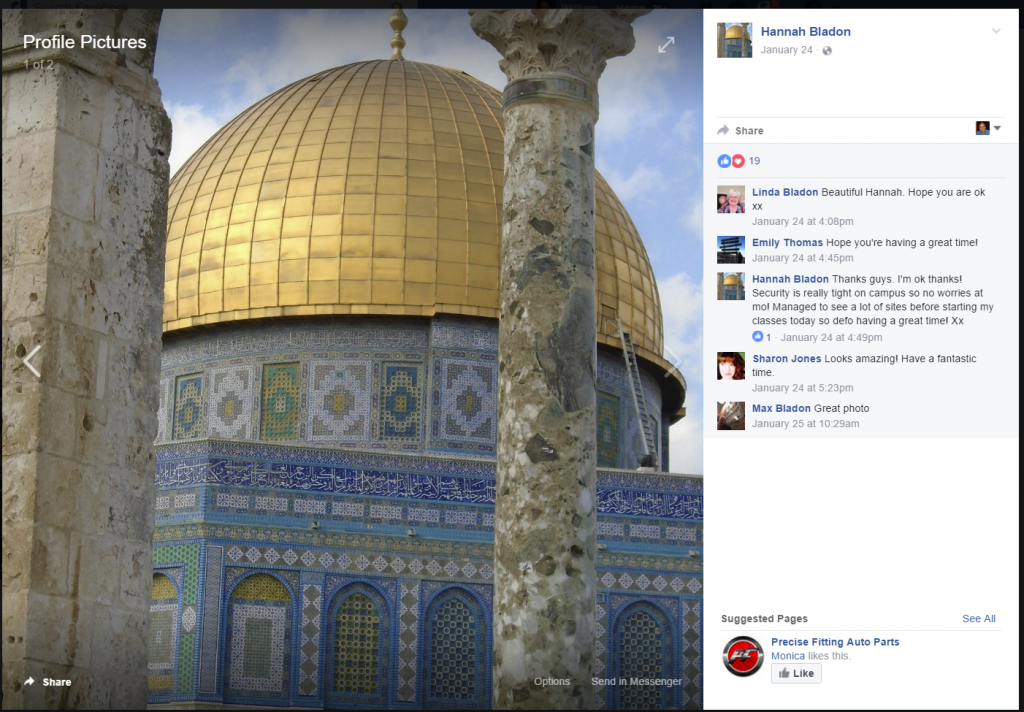 This video shows the terrorist being carried off by police:

Does the perpetrator’s history of mental illness make this a merely criminal, as opposed to terrorist, attack?

Not if you understand the history of the “Knife Intifada” and Palestinian incitement.

The worst thing that could happen for the left is for Palestinians to settle for peace with Jews.

If that were to happen the lefts racial hatred would have to find another way or another group fir its hatred to manifest itself through.

I am trying to imagine how vicious Israel’s retaliation toward Palestinians would have to be before I would feel some pity for them, and my imagination fails me.

Try to imagine a scenario where these animals actually exterminate all Jews for this Earth. What group do you suppose they would go after next? We know that monsters like this are not satisfied with small scale genocide. They want EVERY group that is not islamic to be ground into the dirt. When does the free world understand this? I just heard on a program that the US and Canada are not even on the muslim radar yet. That South and Central America and Africa are teeming with new muslim recruits and the conversion rate is very high. Now Europe is also flooded with them. If any of you have seen the old movie “ZULU”, then you can get a feel for what is happening to the free world!

You know I bet Israel would have no problem letting a few of the boys that climbed to the church at Hereford in there to play for a few days. (a.ka. The British Special Air Service)

Israel wouldn’t mind taking care of business on its own…if governments in Europe (including the UK) wouldn’t denounce Israel for doing so, or chicken out from voting against anti-Israel resolutions.

The radical Islamic ideology is a perfect fit for sociopaths and for other mentally disturbed individuals. Tell people like this they can fix all of their problems and be forgiven for all of their failings if they will only go kill an infidel, and the results are what we see.

May her memory be a blessing.