Khaled Koutineh rammed his car into a bus stop in Jerusalem in April 2015. 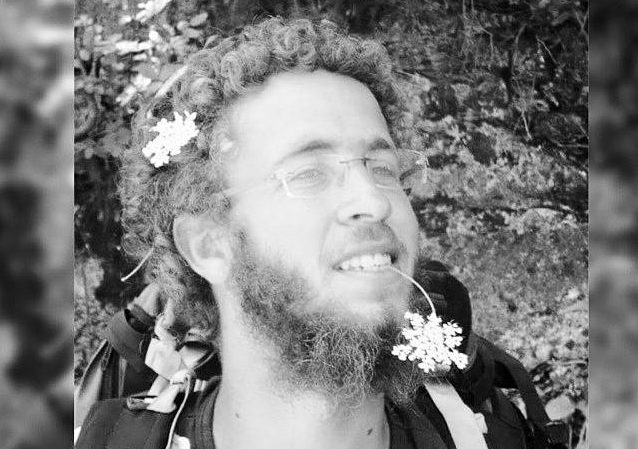 Car ramming has become a favorite tactics of terrorists, as we witnessed in Nice, Berlin and Ohio State U.

Car ramming as a terror tactic may not have been invented by Palestinian terrorists, but it certainly was elevated as a tactic with dozens of car rammings, as we documented in The long list of Palestinian car rammings:

The use of a truck as a terror weapon in Nice has shocked so many people not only because of the death toll, but also because the terrorist turned an ordinary device into a weapon.

That was not the first time in France that a vehicle has been used in such a way. But in Israel the use of cars as weapons became commonplace since October 2015, when the current wave of Palestinian terror started. While usually referred to as the Knife or Stabbing Intifada, in fact shootings and car rammings have been used with great frequency.

The car ramming terror was most intense in the last three months of 2015, with high density locations like bus stops a target.

This video shows an April 2015 car ramming in the French Hill section of Jerusalem. Watch the upper right hand corner, and you can see the car veer across two lanes to hit a bus stop. 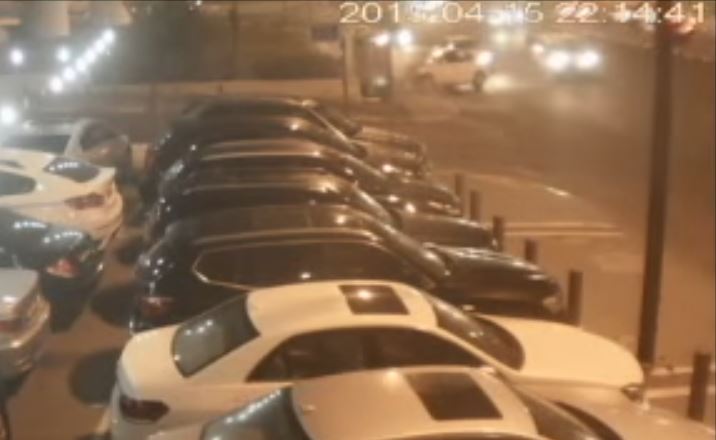 Killed in the attack was 25-year-old Shalom Sherki (also spelled Sharki and Cherki). Ynet News reported at the time:

Shalom Yohai Cherki, 25, who was struck by a vehicle in Jerusalem on Wednesday night, succumbed to his wounds on Thursday morning. A woman also hurt in the incident remains in very serious condition.

Cherki and the woman sustained serious injuries when they were hit by the vehicle Wednesday night at the French Hill junction in Jerusalem, as they waited for a bus. Magen David Adom rescue personnel treated the victims and the driver, an Arab man from north of Jerusalem, who was said to have sustained light injuries.

It remains unclear whether the incident was an accident or a deliberate attack.

The initial assumption was that it was a car accident, but police are now investigating the driver.

Police said the driver “swerved from his lane and hit two civilians standing at the station”. 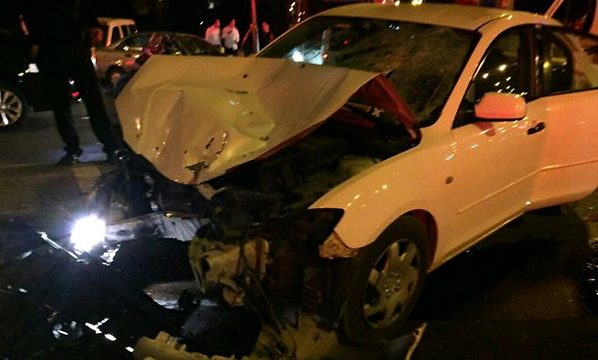 It quickly became clear that this was no mere auto accident.

The Israeli Ministry of Foreign Affairs provides this information about Shekri and the attack:

Apr 15, 2015 – Shalom Yohai Sherki, 25, was run down and killed on Wednesday night at the French Hill junction in Jerusalem in a terrorist attack.

Khaled Koutineh, 37, a resident of northern Jerusalem, was driving from the center of Jerusalem toward the French Hill neighborhood when he suddenly swerved and rammed into a bus station. He hit Shalom Sherki and Shira Klein, who were sitting at the station, with great force, causing severe head injuries. The driver, who was trapped inside his vehicle, was apprehended and taken to hospital for treatment. Following investigation, Israel Police chief Yohanan Danino ruled out initial suggestions that the attack had been an accident.

Shira Klein, 20, from Yakir, who was injured in the same car ramming attack, is still hospitalized in Jerusalem in a medically induced coma.

Shalom Sherki was the second of seven siblings. He attended the Bnei Tzvi yeshiva in Bet El, where he became a youth counselor after completing his army service in the navy. He was also a tour guide for the Society for the Protection of Nature in Israel. He attended the Herzog teachers’ college in Gush Etzion.

Sherki’s father, Rabbi Uri Sherki, eulogized his son, saying, “The doctors who treated you said that there was no doubt that you saved the life of the woman standing next to you. Always, in every place you appeared, wherever there was tension you brought peace. You were red-haired like King David.” Yair, speaking about his brother’s work as a tour guide, said, “You left no one angry, but you are leaving behind so many sad children.” Elisha Cohen, Sherki’s cousin, recounted that “he smiled all the time. There is no way to describe this person; he was very, very positive.”

Fellow students at the Bnei Tzvi yeshiva related an incident one Shabbat during last year’s snowstorm, when the yeshiva lost electricity and began to run low on food. Shalom organized the students into teams and baked pitta bread over gas fires. “Instead of a depressing Shabbat full of low spirits, thanks to Shalom we had a happy, uplifting and unforgettable Shabbat.”

Shalom Yohai Sherki was laid to rest in Jerusalem. He is survived by his parentsת Uri and Ronit, and six siblings. 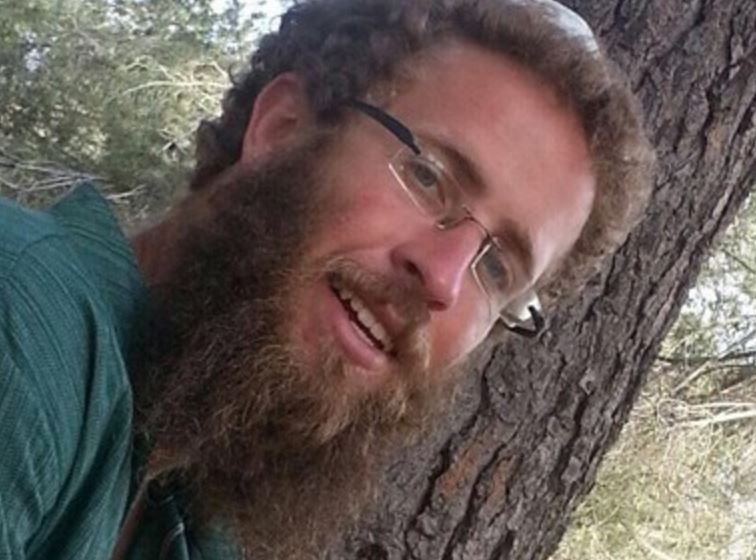 The Times of Israel reported on the funeral:

Thousands of people on Thursday afternoon attended the Jerusalem funeral of 25-year-old Shalom Sherki, who was killed late Wednesday in the capital in a car-ramming incident that police said was likely deliberate and nationalistically motivated.

Sherki’s father, Rabbi Uri Sherki, praised his son for saving the life of the woman who stood next to him at the time of the incident, Shira Klein, who is in the hospital in critical condition.

He said “the doctors who treated you said that, without a doubt, you saved the life of the woman who stood next to you.”

Sherki said his son, who died on Holocaust Remembrance Day, was strongly moved by the annual commemorations…

Police Commissioner Yohanan Danino said the attack was likely an act of terrorism.

Police named Khaled Koutineh, 37, of the West Bank town of Anata northeast of Jerusalem, as the suspect in the attack, which took place in the French Hill neighborhood. 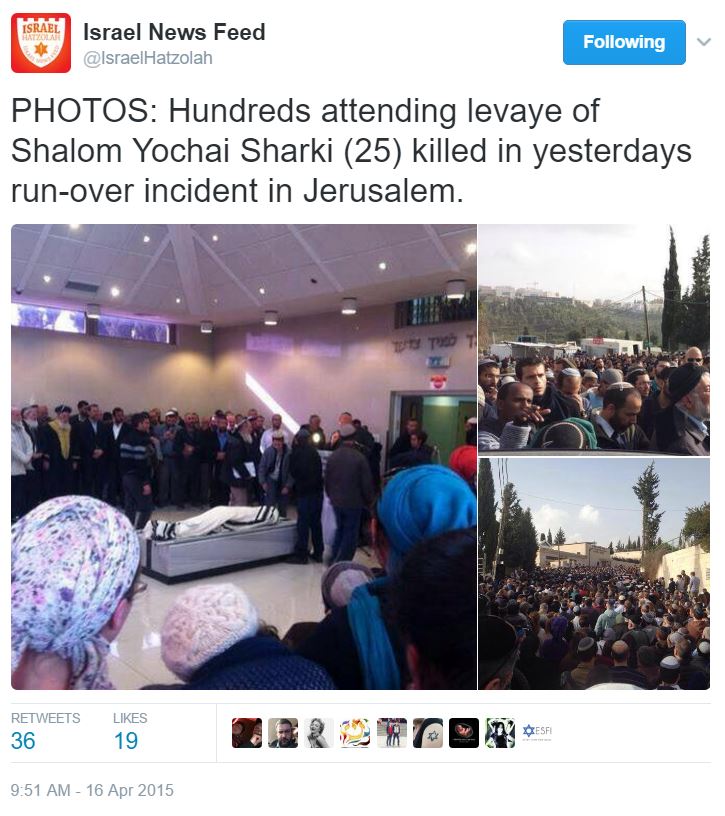 The driver, Khaled Koutineh, was convicted a year later after trial:

Koutineh was just sentenced to life in prison:

Life imprisonment plus 20 years is the sentence imposed Monday afternoon on the terrorist Khaled Kutina, who was indicted for the murder of Shalom Sharki, and the attempted murder of Shira Klein in the April 2015 car-ramming attack in Jerusalem’s French Hill. The Jerusalem District Court also imposed a payment of 258,000 shekels as restitution for Sharki’s parents.

Judges Yoram Noam, Rivka Friedman-Feldman and Moshe Bar’am stated in the verdict that “the murderous terror attack executed by the defendant, which was meant to sow death and destruction in the lives of innocent people simply for the fact of being Jewish, is a diabolical act that dehumanizes its committer.

“The murderous, vicious and heinous act committed by the defendant necessitates the imposition of accumulating sentences. The consecutive sentences are doubly required when the case is of such a heinous terror attack whose sole purpose is to cause the death of innocent civilians. In terror attacks in particular, which ruthlessly and indiscriminately seek to harm innocents, it is incumbent on the court to repay the assassins… This approach is necessary in order to provide proper expression to the sanctity of life.” …

After the verdict Shrki’s father, Rabbi Uri Sherki, said that “we will do as much as we can for justice. From then on, it’s up to heaven’s judgment. I hope they won’t shorten his sentence and release him in the future. This is not out of vengeance; he will commit another terrorism act if he is gets out.” 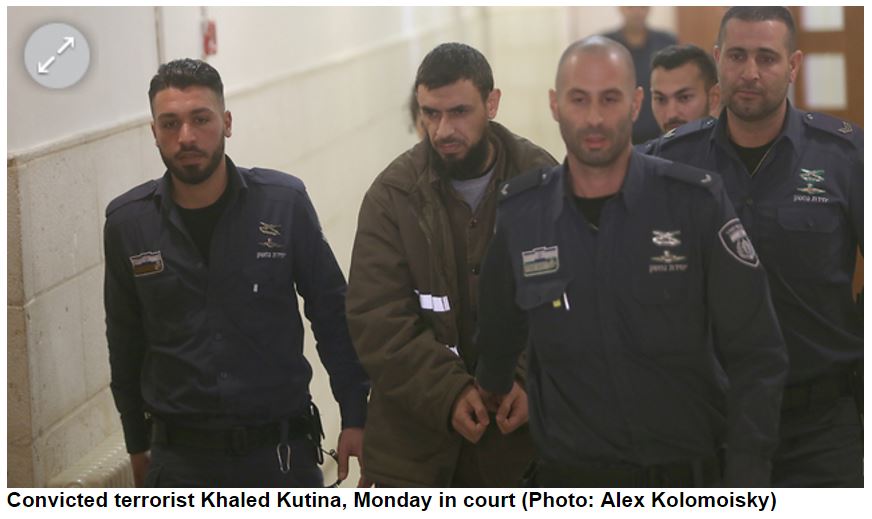 This post is part of our project to document the victims of Palestinian terror.

Here is a video remembering the victim:

The time has come to state the obvious that Islam is a modern name for Moloch.
In the ancient world this ‘religion’ demanded child sacrifices.

How is that different now ?

we need to end any acceptance of this abomination in the civilized world.

People talk about how peace in Middle East is such a “complicated” problem, to which I say “Bullsh*t!” The problem is quite simple: the Muslims, in particular the Islamic Supremacists, want to kill every Jew on the face of the Earth! There will be no lasting peace until the people of the world recognize and acknowledge this simple fact and then take the actions necessary to contain Islamic Supremacists and prevent them from acting out the program of genocide ordained 1400 years ago by the vile pervert they call their “Prophet” !

Until that happens attacks such as the one that killed – murdered – Shalom Sherki will continue unabated.

People talk about how peace in Middle East is such a “complicated” problem, to which I say “Bullsh*t!” The problem is quite simple: the Muslims, in particular the Islamic Supremacists, want to kill every Jew on the face of the Earth. There will be no lasting peace until the people of the world recognize and acknowledge this simple fact and then take the actions necessary to contain Islamic Supremacists and prevent them from acting out the program of genocide ordained 1400 years ago by the vile pervert they call their “Prophet” !

Until that happens attacks such as the one that killed – murdered – Shalom Sherki will continue unabated.

The Israelis need to impose a mandatory death sentence for terrorist acts that result in death. Life sentences are just incentives for the insanely lopsided exchanges of terrorists for Jews. Don’t return the bodies, to prevent their use in propaganda: cremate the bodies and scatter the ashes at sea.