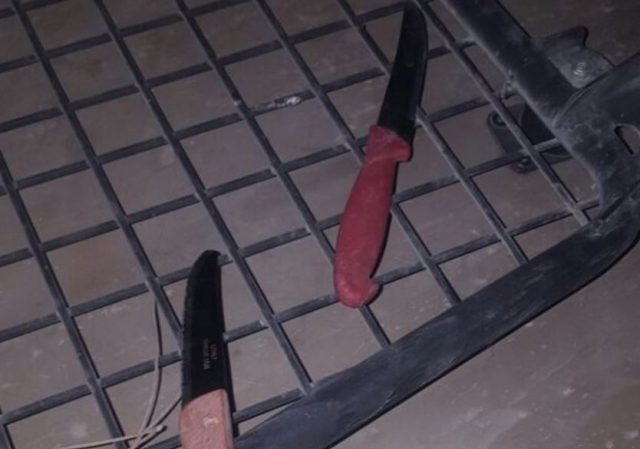 The Palestinian use of children to carry out terror attacks is both shocking and sadly a reflection of a culture of incitement, as we previously reported:

Here is the latest, as reported by The Times of Israel, Palestinian kids, 8, detained with knives outside settlement:

“A short while ago forces identified and apprehended two Palestinian children under the age of ten near the community of Migdal Oz,” the army said. “During the initial questioning the children admitted to have been sent, armed with knives, in order to carry out a terror attack.”

The two were spotted near the security fence.

“When two, eight-year-old children are sent on a mission to attack Israeli civilians it is clear that the hateful rhetoric that echoes within Palestinian society abuses the most vulnerable of minds,” he said.

In the year-long wave of terror attacks that has killed at least 34 Israelis and injured dozens, some of the terrorists carrying out stabbing attacks were as young as 11 or 13.

A short while ago, forces identified & apprehended 2 Palestinian children under 10 yrs old armed w/ knives near a community south of Jlem. pic.twitter.com/NkUeul0YGY

During initial questioning, the children admitted to being sent to carry out a terror attack.