The Sickening Deification of Rasmea Odeh

The Sickening Deification of Rasmea Odeh 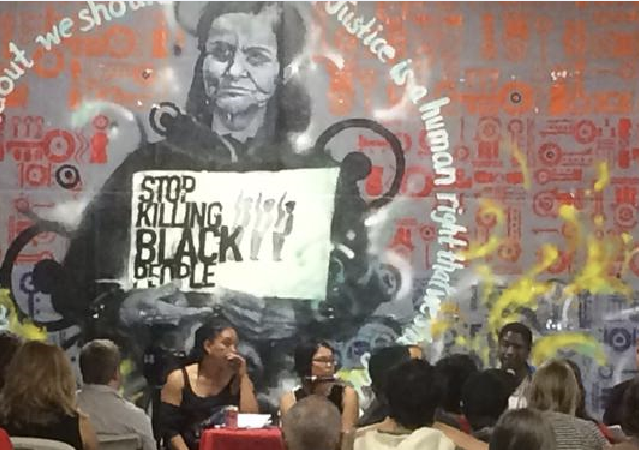 In early September 1972, Palestinian “Black September” terrorists seized the Israeli Olympic team at the Olympic Village in Munich, West Germany. By the time it was over, 11 Israeli athletes and one German policeman would be dead.

Before the deadly conclusion, Black September demanded the release of the notorious German “Red Army Faction” terrorists Andreas Baader and Ulrike Meinhoff as well as 234 prisoners held in Israeli prisons.

Included on that list was a name that probably meant little to people outside Israel – Rasmieh Odeh.

The name Rasmieh (Rasmea) Odeh meant a lot to Israelis because Rasmea and her co-conspirators were convicted in 1970 of the 1969 bombing of the SuperSol Supermarket in Jerusalem, which killed university students Edward Joffe and Leon Kanner.

A second bomb placed in the SuperSol supermarket timed to go off when first responders arrived, was disarmed moments before it was to explode.

As I reported when I met the families of Edward and Leon in Israel, the SuperSol bombing was scorched into the memories of Israelis because it was the first major post-1967 attack on Israeli civilians, and the funeral was a national event.

In 1979, Rasmea was released as part of a prisoner swap for an Israeli soldier captured in Lebanon.

Rasmea was charged in federal court in Detroit for fraudulently obtaining naturalization.

Rasmea’s supporters set our to try to influence the jury with protests outside the courthouse, leading the judge to enter multiple orders protecting jurors.

The jury took just two hours to deliberate.  Rasmea was sentenced to 18 months in prison and ordered deported. Rasmea danced in the aisle of the bus back to Chicago after the sentencing. 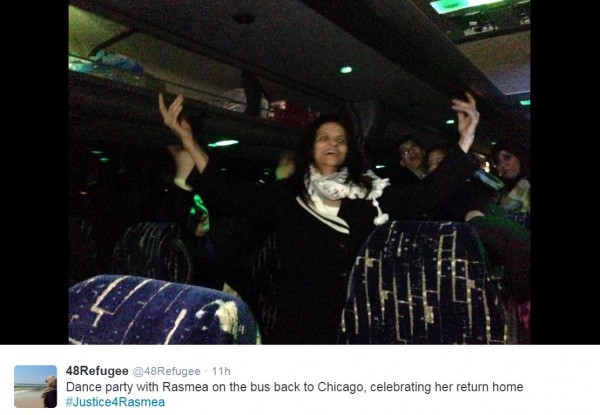 Rasmea is free on bond pending appeal, which is scheduled to be argued on October 14 before the Sixth Circuit Court of Appeals. Rasmea raises several alleged procedural mistakes by the trial judge, to which the prosecution filed a fairly devastating brief pointing out how Rasmea’s own trial testimony contradicted the basis for her appeal.

If Rasmea convinces the appeals court that there was a substantial procedural error, she may get a new trial.

From the beginning of the case, anti-Israel activists in the U.S. have tried to turn Rasmea into a hero.

They claim that she was falsely convicted in Israel and is a victim of a Zionist conspiracy in the U.S. I explained the accusations in great detail in a Detroit News Op-Ed:

Odeh has become, in the words of one supporter, “a Palestinian woman who embodies the Palestinian history of dispossession, struggle and resilience.”

The pro-Odeh narrative runs something like this: Odeh was just a political activist prior to Israeli arrest, picked up as part of a mass arrest of 500 or more people with no evidence of involvement in terror. Odeh gave a false confession after 25 days of horrific sexual torture, including gang rape, being forced to watch another prisoner tortured to death, and failed attempts to coerce her father into raping her. Odeh was denied the ability to defend herself, was denied access to counsel in the Israeli military court, and did not receive a fair trial.

In fact, prior to her arrest in Israel, Rasmea was a military participant in and organizer for the Popular Front for the Liberation of Palestine.

Rasmea confessed in a highly detailed account just one day after arrest. The timetable of her confession was inconsistent with the multi-week torture narrative. Other evidence of Rasmea’s guilt in the bombing was overwhelming, such as bomb-making material found in her bedroom and home.

Other co-conspirators also quickly confessed; one of whom, Ayesha Odeh (no relation) directly implicated Rasmea as the mastermind in a 2004 film documentary. Ayesha’s name appears on the Black September list just after Rasmea’s name.

After arrest Rasmea was allowed to and did defend herself in the Israeli military court, where she was represented by counsel. Israel called witnesses to rebut the torture allegations. An observer from the International Red Cross was present for the entire six-month Israeli trial, and stated afterward that the Israeli military court “had given the accused every chance of defending themselves, and the trial was – in his opinion – a fair trial.”

None of the facts and evidence stopped anti-Israel groups and activists from claiming that Rasmea was falsely convicted in Israel and is the victim of some conspiracy in the U.S.

There have been numerous fundraisers and events at which Rasmea’s was celebrated and honored.

This summer, however, the pace and intensity has picked up dramatically, as part of a continuing effort by anti-Israel activists to co-opt and hijack the Black Lives Matters movement.

This  attempt to merge anti-Israel activism and the Black Lives Matter movement did not start with Rasmea.

As I documented in the summer of 2014, the most aggressive elements of the anti-Israel movement infiltrated and exploited the Ferguson riots after the death of Michael Brown. See, Intifada Missouri – Anti-Israel activists may push Ferguson over the edge and Anti-Israel activist still stoking fires in #Ferguson.

The chant “Pigs in a Blanket, Fry ’em like Bacon” didn’t start in Minnesota recently, or even when two NYC policemen were executed and the killer used that phrase. It started with an anti-Israel activist during Ferguson protests.

The hijacking of the Black Lives Matters movement by anti-Israel activists continued during the Baltimore riots, and Martin Luther King, Jr. Day protests, such as on the San Mateo Bridge. Groups like Dream Defenders, run by an anti-Israel activist, push the claim that there is a connection between blacks in the U.S. and Palestinians, even sending Marc Lamont Hill on a highly publicized trip to exploit the issue.

Former Stanford student and anti-Israel activist Kristian Davis Bailey uses his column at Ebony Magazine to stoke anti-Israel sentiment, and organized an ongoing campaign to get “black activists” to sign onto the anti-Israel position under the banner of “Black For Palestine.”

The movement to exploit the Black Lives Matters movement for anti-Israel purposes has found its willing poster child: Rasmea Odeh. 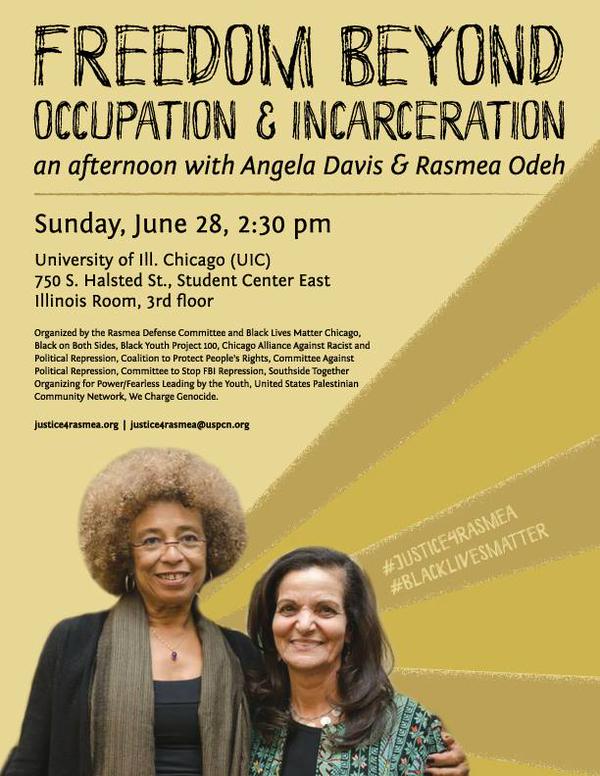 At her fundraiser’s Rasmea weaves together the Black Lives Matter movement and her own alleged unlawful conviction in Israel:

Rasmea is a frequent speaker at Black Lives Matter and anti-police events: 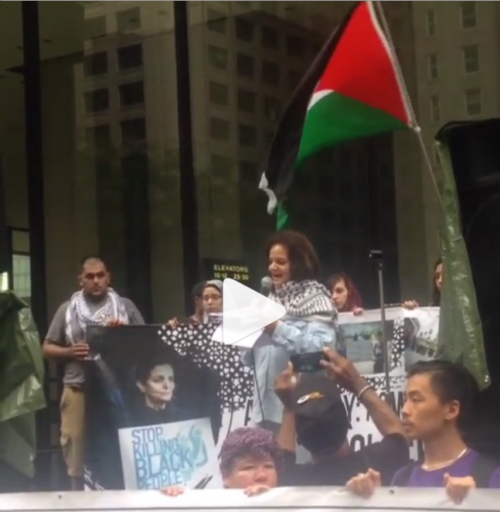 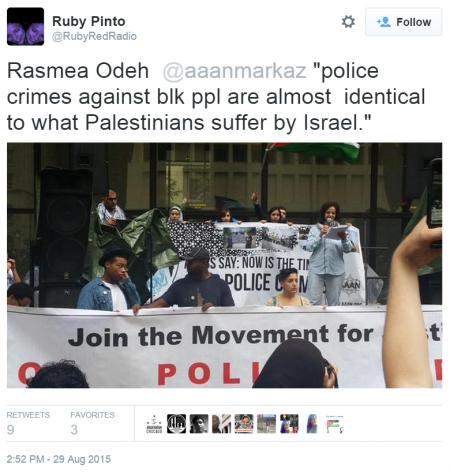 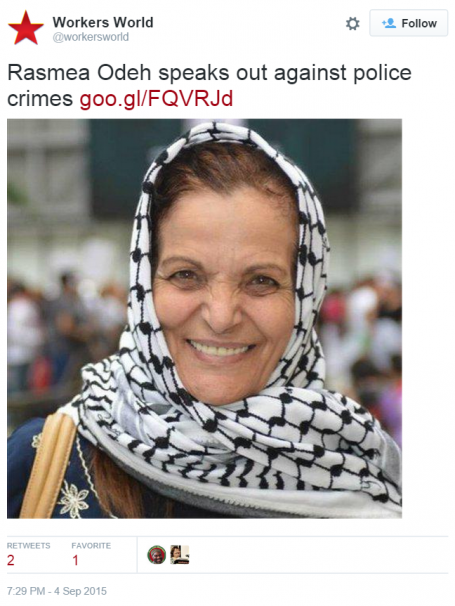 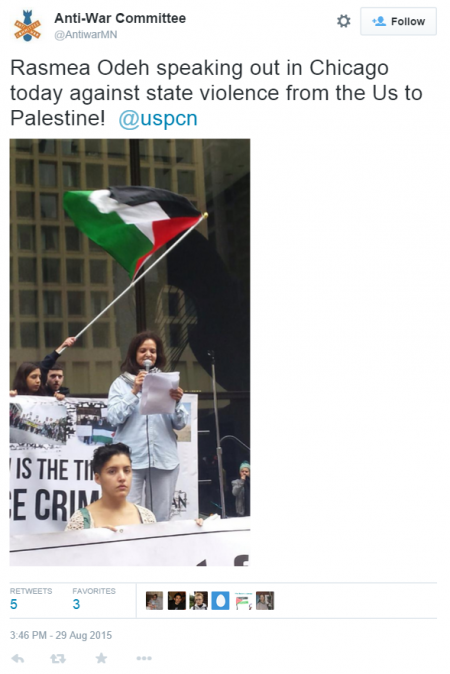 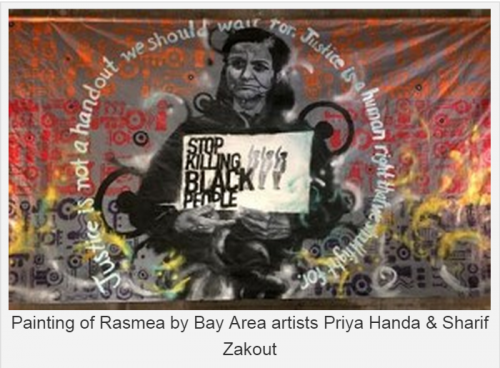 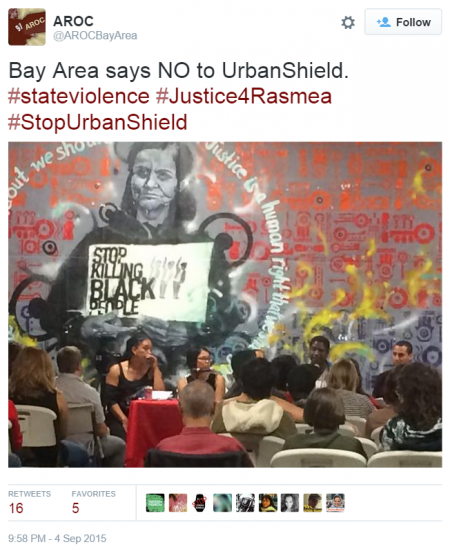 Rasmea is taking on a cult-like status. One supporter even wrote a poem about her, which concludes:

Now they say they will deport her from the city on the lake
They say that 20 years ago she made a technical mistake
They say Rasmea is a terrorist, but I’d say it would seem
Rasmea Odeh is the victim of a terrorist regime

There are home fundraisers for Rasmea’s legal defense fund: 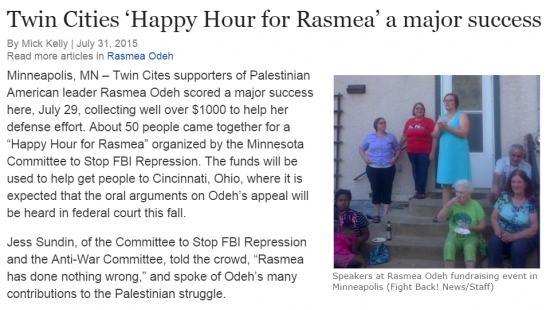 Rasmea will be a featured speaker at the annual meeting of the anti-Israel US Campaign to End the Occupation:

September 8-14, 2015 is a Week of Action for Rasmea Odeh, with events scheduled in numerous locations: 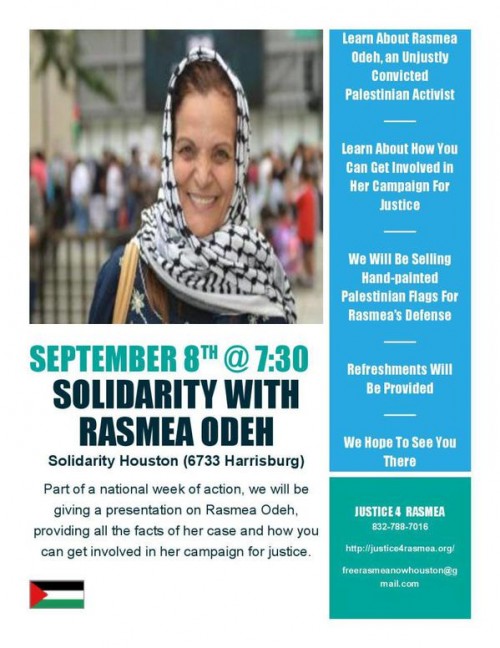 Much at they did for the District Court trial in Detroit, Rasmea supporters are planning protests outside the Appeals Court in Cincinnati, and to pack the courtroom hoping to influence the judges: 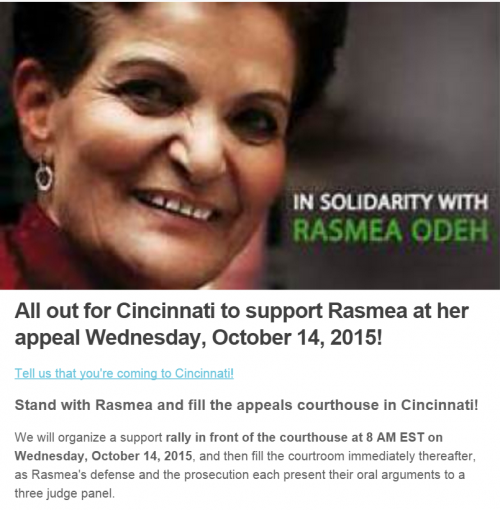 Rasmea is entitled to have her legal rights protected.  If her rights were violated by substantial errors during her trial, then she should get a new trial. While that doesn’t seem to be the case, one never knows what an appeals court will do.

But there is a long road from protection of legal rights to glorification and deification.

While there rarely are perfect analogies, when I see the campaigns for Rasmea, I can’t help but think of how leftist activists glorified Mumia Abu-Jamal without regard to the policeman he brutally executed. 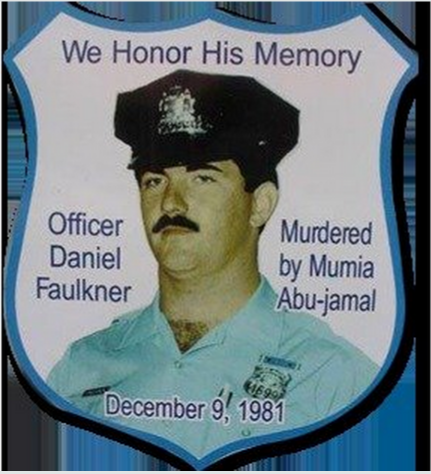 So too in the Rasmea case, you hear almost nothing about Rasmea’s victims, Edward Joffe and Leon Kanner. 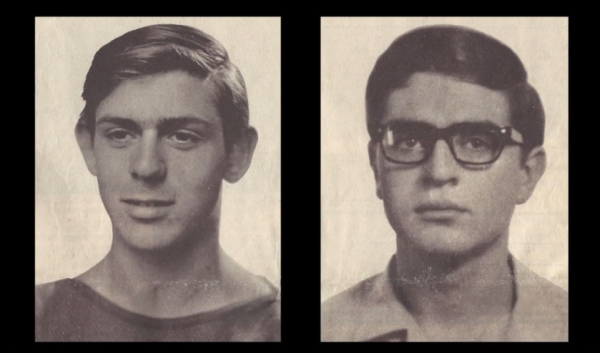 Or the suffering of their families, Rasmea Odeh’s victims – then and now:

“You IDF soldiers don’t rape Palestinians because Israelis are so racist and disgusted by them that you won’t touch them.”

Now, the BDS crowd needs to get their stories straight.

Then, we can talk.

Easy to see how these tales arise. Sounds like the ISIS MO not the IDF. So it is something familiar to them.

The same people who will show up and rally for the bomber are the same kind who celebrated the imprisonment of the clerk in Kentucky, Kim Davis.

Slippery slope. And what is lubricating that slope is the excrement of occupiers.

Some people chose to become monsters.

Other people chose to support and lionize monsters.

We need to get rid if this particular monster. Ship her back to live with ISIS. Preferably not very long.

If there is any justice in this world, Rasmea will be deported to Israel where she will serve a life sentence. What a vile human being.
She and Angela Davis have so much in common.

Israel already released her. On what grounds would they rearrest her if she came back? No, she’ll be deported to Jordan, where she’s a heroine.

This one is genuinely bad. Our legal system has permitted itself and the courts themselves to be put on trial in this matter. She is a confessed, convicted murderer and convict who lied on her immigration application. If the court does not deport her in October the country, with very few recourses remaining for control of its immigration practices and problems, may as well throw in the towel.

Mumia Abu-jamal, a cold-blooded, unrepentant murderer, acted in a spur of the moment event. Odeh planned her killing in advance (redundancy intentional). It will be a travesty if the court does not deport her immediately.

Hey! She has to serve her sentence first!

And why shouldn’t her cause be merged with that of #BlackLivesMatter? After all, both causes have exactly the same amount of justice: none.

Truer words have never been said. They are almost identical: they’re both fictional.

They say that 20 years ago she made a technical mistake

Yes, she misread “ever” as “never”, and correctly answered that she hadn’t never been arrested 🙂