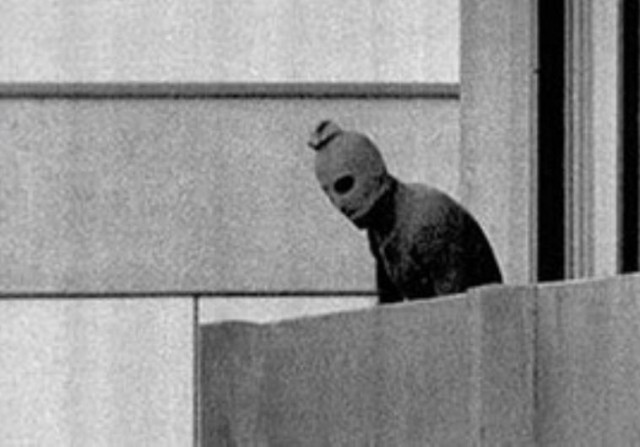 For those of us of a certain age, The Munich Massacre is etched in our memories as much as almost any other historical event.

At approximately 4:30 a.m. in the morning on September 5, 1972 in West Germany [still September 4 in the U.S.], Palestinian “Black September” terrorists took Israeli Olympians hostage at the Olympic Village in Munich, West Germany.

Two of the athletes were killed there, and another 9 died at the airport in a failed rescue mission as the terrorists thought they were boarding a plane to take them and the hostages away. A German policeman also was killed.

The Independent in Britain recounted the events in a 2006 look back which provides great detail:

Carrying assault rifles and grenades, the Palestinians ran towards No 31 Connollystrasse, the building housing the Israeli delegation to the Munich Olympic Games. Bursting into the first apartment, they took a group of Israeli officials and trainers hostage: Yossef Gutfreund, Amitzur Shapira, Kehat Shorr, Andrei Spitzer, Jacov Springer and Moshe Weinberg.

In another apartment, they captured the Israeli wrestlers and weightlifters Eliezer Halfin, Yossef Romano, Mark Slavin, David Berger (an Israeli-American law graduate) and Zeev Friedman. When the tough Israelis fought back, the Palestinians opened fire, shooting Romano and Weinberg dead. The other nine were subdued and taken hostage. The Palestinians then demanded the release of 234 prisoners held in Israeli jails. 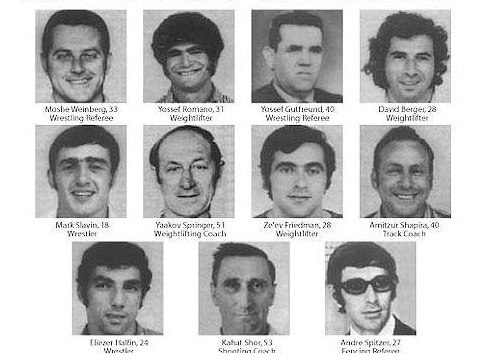 The images of a hooded terrorist on the balcony where the hostages were being held are among the most iconic:

Here are some original television reports:

There would be a long period of retribution by the Israelis, in what was called Operation Wrath of God, in which those involved in the planning and execution of the attack were killed. I don’t know that we’ve ever heard the true or full story, but it has been fictionalized in movies such as Munich.

Featured Image: Weeping relatives of the Munich massacre victims arrive on the tarmac at Lod Airport for the memorial service before the funeral processions at local cemeteries via Wikimedia Commons.

I remember quite well the events of Munich. I was 11 years old, and I was absolutely thrilled with Mark Spitz. I think my sports fandom came of age that year, and then all of a sudden we were shocked by the news of the terror and deaths of the Israeli athletes. I’ve been one of Israel’s biggest champions ever since.

I was a bit older at that time.

I remember at the time idealizing the Olympics as a place where disagreements ended and peaceful competition would be played out through races, gymnastics and the like. As a teenager I was very much into track and tennis.

But, this tragedy along with the Vietnam War reinforced my understanding that there is great evil in the world.

It looks like “great evil” gave me a thumbs down.

All for the lie called “Palestine.”

All for the Hatred of Jews. The lie of “Palestine” is merely an excuse for killing Jews.

I remember this. And how upset Germany was — trying to show how it had entered the post-war world of civilized countries, only to be thwarted by muzzie thugs.

And lets not forget that Muhammad Abbas was a financier of the operation.

I knew two of them personally. Yaakov Springer was my high school gym teacher. Amitzur Shapira was my next door neighbor when I was in pre-school, and I used to play with his children. 43 years and it still hurts. Good to know some people still remember.

They wear masks to hide their identity but the Mosad found them and murdered them, one at a time.

Fall of 1972. I was a freshman student athlete at a small liberal arts college. I went to school with a member of the Kuwaiti royal family. One of my teammates was Jewish.

At the time, I could never understand the ingrained hatred of the Jews by my fellow student from the Middle East. And I could not understand the murder of athletes, who are often some of the most apolitical human beings on earth.