Leaving on a jet plane. 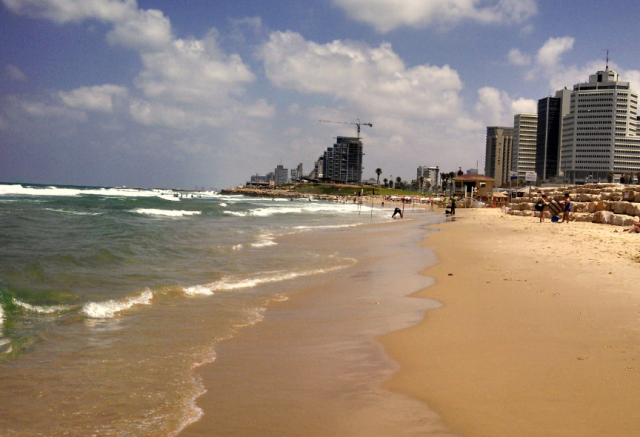 I’m leaving Friday for a two week Apology Tour to Israel. I will deliver the speech referenced in the link, possibly.

I hope I don’t violate the Logan Act.

I’ll start in Haifa and northern Israel, where I’ll be a guest at the University of Haifa Law School and will travel up the coast and then to towns and places of interest along the Lebanese border. After that it’s down to Tel Aviv, then to the South along the coast to Sderot, and the areas bordering Gaza. After a visit with faculty at Ben Gurion University of the Negev, it’s to Jerusalem, where I’ll be staying in the Jewish Quarter of the Old City.

Along the way, I’ll focus on meeting people, not just visiting places. Among others, I’ll visit with the families of Edward Joffe and Leon Kanner, killed in the terrorist bombing by Rasmea Odeh of the SuperSol Supermarket in Jerusalem in 1969. I’ll also see many of the bloggers we link to, and many others with whom I’ve become acquainted online over the past couple of years.

Building relationships and strengthening ties is what The Apology Tour is all about. It’s not actually about the apology.

As I did in 2013, I’ll be posting at Legal Insurrection about some of the places and people I’ll meet, but I’ll also do shorter, less formal daily updates at Morning Insurrection, so be sure to subscribe.

What can you expect from my reports?

Imagine yourself as my neighbor. You come over to my house to borrow a cup of sugar.

But before I give you the sugar, I make you sit down for my slide show of vacation photos, like these from 2013:

Oh, you can leave without watching my slides.

But you can’t take the sugar with you if you do.

The nearest Starbucks is in Jordan.

Who needs Starbucks when you’ve got Aroma, Cafe Cafe, Cofix and more?

Apology Tour? What? Well, you need to apologize to all us somewhat loyal readers, and commenters, of this fine blog for not including us on you rip to Israel! Yet, somehow it wouldn’t be seemly to apologize for that, would it?

Have a great trip and spread the word that not all Americans believe in the same bull crap as our current Socialist President, and especially as to his stupid views towards Israel.

Such is life and bad proofing.

He can toot his own horn all he likes, but who he really is …

… is the man who accompanied Mrs. Jacobson to Israel.

I wanted to go, but I was concerned about an Israel visa stamp on my American passport as I have to travel to Arab countries on business. So I called the Israel Embassy in D.C. and my local Consulate. I could not get a single human being to speak with about the visa stamp. Not one human could be reached on the phone. The I did the Google-fu and found that sometimes, the Israel border authorities will choose not to stamp your passport and sometimes they insist on stamping your passport.

Long story short – no visits to Israel in this lifetime. So sorry.

In my experience, in the past decade or so, they stamp a piece of paper, not the passport, but I haven’t been to Israel in about 4 years now.

If you tell border control that you need to keep your passport clear they’ll stamp a piece of paper and insert it in your passport, which you can remove later. It’s not a problem and it’s been done for decades.

Safe journey Professor! Looking forward to meeting up with you hopefully.