On the road to Golan

On the road to Golan

We traveled north from Tel Aviv today to several Kibbutzim on our way to exploring the Golan Heights on Monday.

First we stopped at Kibbutz Ein Shemer about mid-way between Tel Aviv and Haifa, not far form the large Israeli Arab town of Umm Al-Fahm. 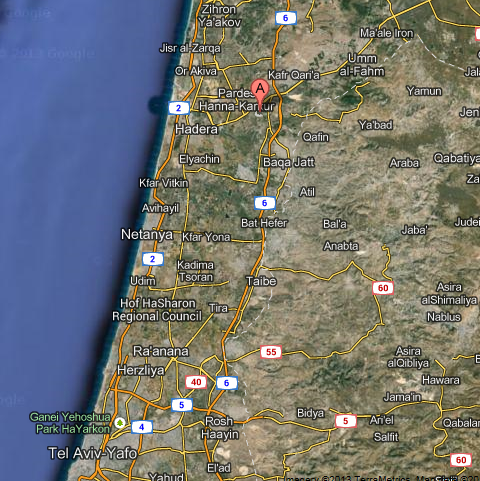 Founded in 1927, Ein Shemer is a fairly typical Kibbutz, about 650 people, with a variety of agriculture (dairy, cotton, etc.) as well as factories. Facing pressures facing many Kibbutzim, Ein Shemer voted a couple of years ago to allow limited “inequality” of income (up to 2.5 times what the Kibbutz pays members) for those with outside jobs in order to retain and attract younger residents. 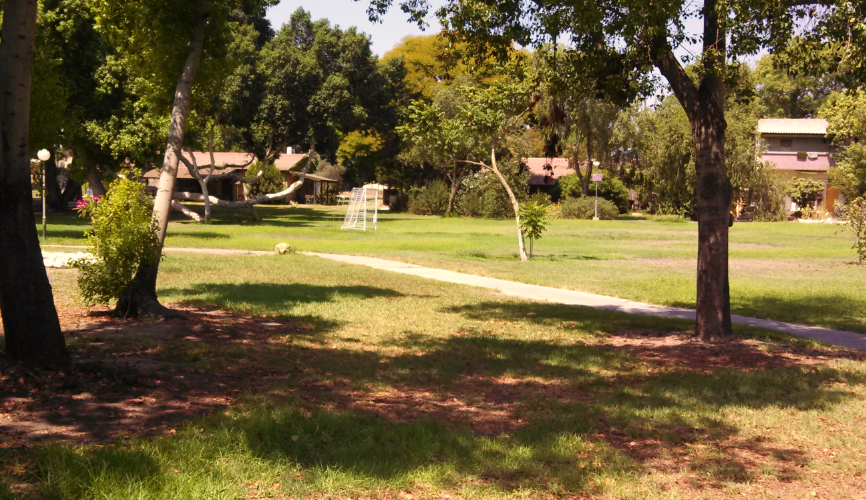 We then went on to climb towards the Golan, stoping at the Mount Barkan lookout point, near Mount Gilboa, which has a tremendous view of the Galilee region of northern Israel. 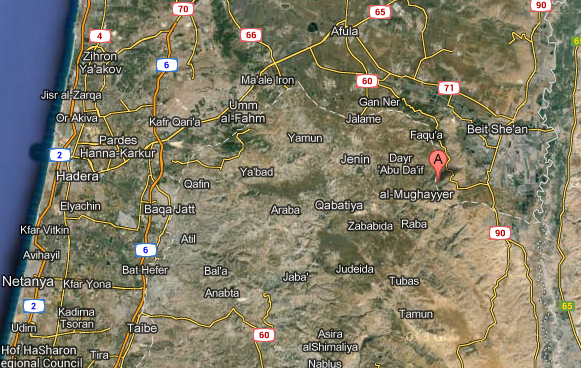 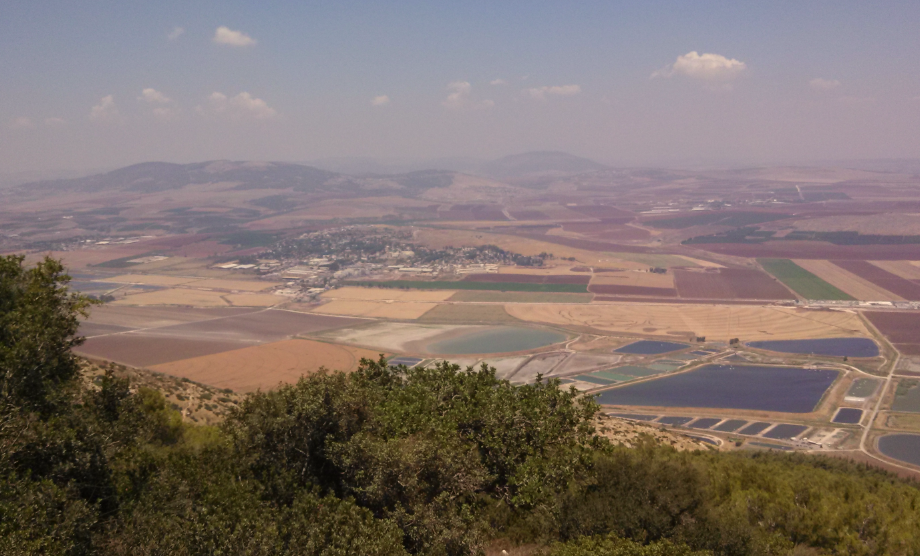 We then went to Kibbutz Gesher on the Jordan border, where we had a late lunch. 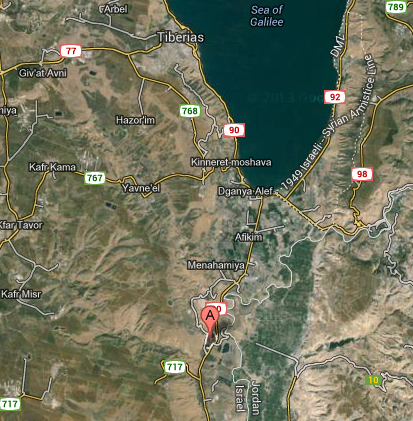 The actual border is a little bit beyond the fence, and the ruins, where what’s left of the Jordan River winds its way. 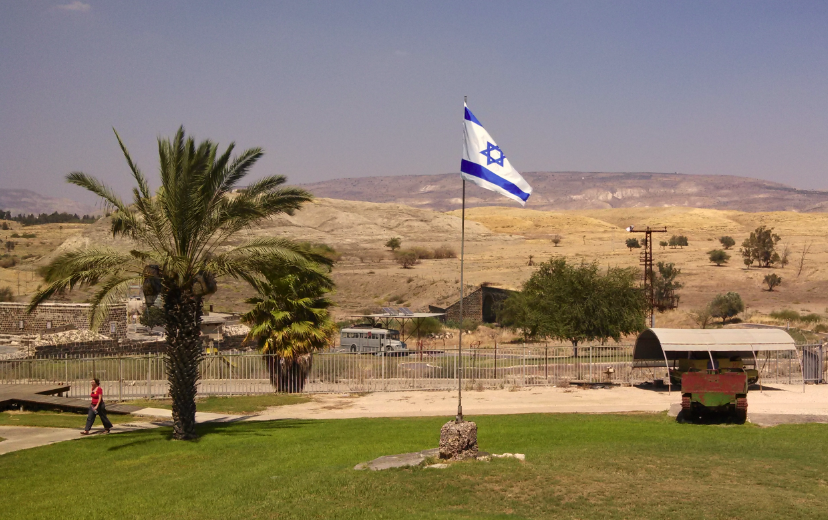 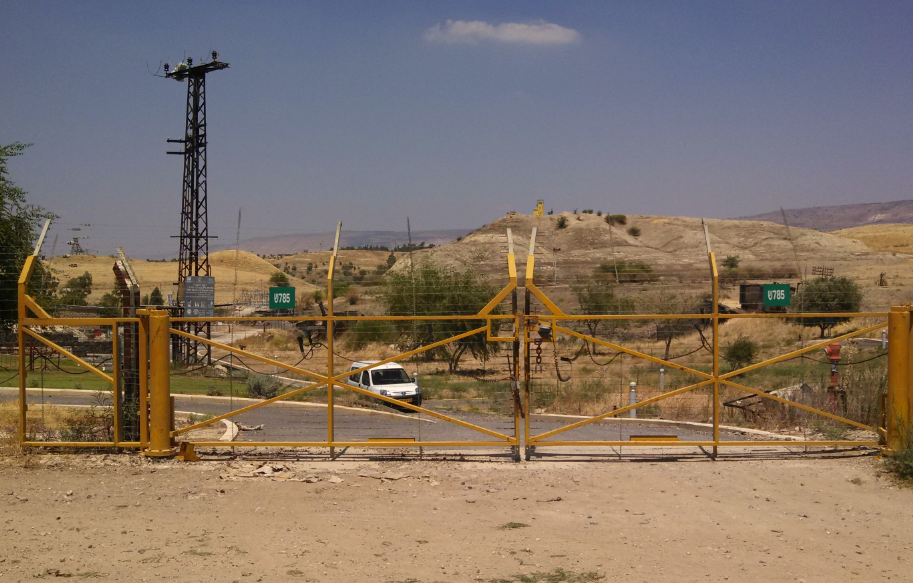 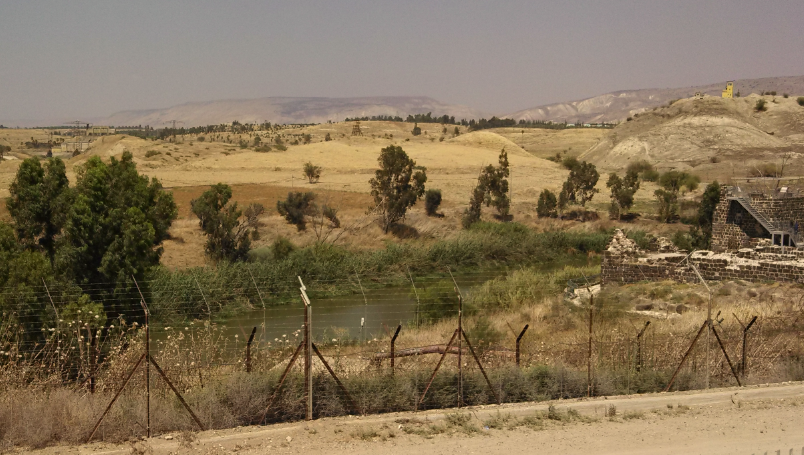 Then on to the first Kibbutz in Israel, Degania on the Sea of Galilee near Beit She’an, founded in 1909.

Former Defense Minister Moshe Dayan was born at Degania. The imposing nature of the Golan Heights over northern Israel can be appreciated from Degania and its fields. 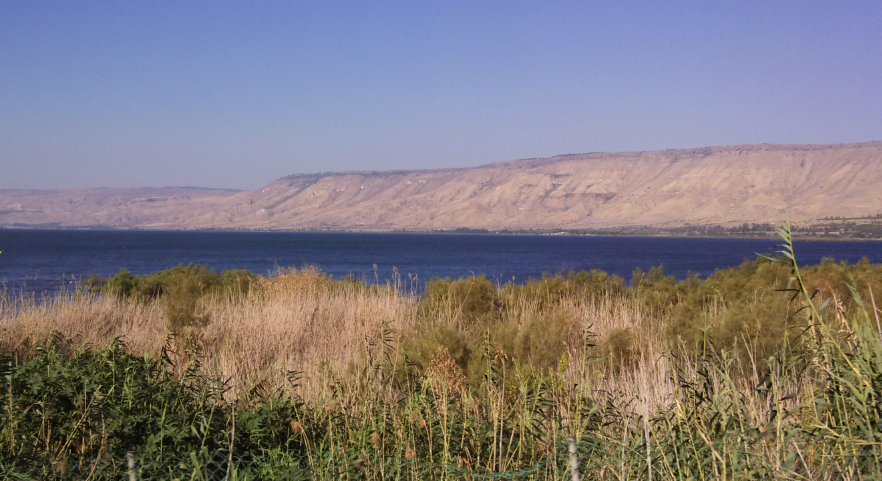 (Golan Heights over Sea of Galilee)

Then onto Sha’ar HaGolan Kibbutz, the “gateway” to the Golan, where we are spending the night (no pics) before we head up to the Golan on Monday.

My hometown! I never thought I’d hear of Gesher here.

Wonderful pictures as usual Professor, but as I scrolled through them thinking about how peaceful and serene the countryside appears I kept returning to the Jordan border gate and feeling a cold chill.

Why? Jordan is a propped up American Hashemite Kingdom of descendants of Muhammed’s brother in law / whoever. A few arranged glamour puss princesses & Bob’s your ( Islamic ) uncle.

I particularly like the last king killed by American medical treatment around the time of the heir switcheroo.

If you looked closely through the fence you could spot the CIA guys – that should warm you up.

The second batch of 157 Fijian soldiers landed in Beirut on the 28th .

The UN missed the pic of them praying before their departure & gave these Christians visas for the Golan where they went on immediate duty in dangerous times & gruelling no mans landmark from home.

Far from David Gerstmans mockery of Fijians – they are very much helping the safety of travellers to the Golan.

If they are stationed on the Israeli side, it is perfectly safe. No Israeli is shooting at them or using them for cover to kill civilians. Look to the Arabs for that little act of human rights.

Note that it was a UN vehicle that was used in the kidnapping of Regev and Goldwasser which sparked the second Lebanon War.

The rebels briefly seized a border crossing in the Golan recently before being overrun by Syria. Syria sent Israel notice of stray missiles & asked not to retaliate .

The fact that this was the first serious incursion in 40 years allows credit to the UN forces. Thus travellers can visit the Golan feeling safe.

Looking forward to the Golan pics – & appreciate the maps. Sometimes when I actually look at the map I get surprised at how amazing the region is. One of my kids lived in the Sinai & I was always trying to re locate it after getting distracted. Omg there is Saudi Arabia!

Interesting that the safest border for the last 40 years is the one where there’s no peace process.

i’d love to be able to visit the Golan, and see the Valley of Tears. Heights of Courage was an incredible book (until one of my NCO’s stole it from me)

The comments about the kibbutz system were interesting. When I visited Israel several years ago, we were told the the kibbutz system was rapidly losing popularity. It seems that industrious members were beginning to resent the lack of effort from less industrious ones. We visited a few “co-ops” where individual families in effect operate their own businesses but join the others in purchasing and marketing. That seemed to be working pretty well.

I wonder if Professor Jacobson has any observations on this subject.

The Golan is a beautiful and productive region and a delight to visit.

I’m not sure I’ve ever seen photos of the Golan Heights before, at least not ones that put them in perspective. It’s certainly clear how they got the name.