To Samaria and back

To Samaria and back

Today we reunited with a family I was close to while a student in Moscow in 1980, and had not seen since 1984 in Moscow.  It was great, and very satisfying.  The parents, now in their early 80’s, have a life story about which history books should be written.  To see their son (my age) and his beautiful family in Israel was beyond anything I could have expected in those horrible days in which they were subjected to retribution and imprisonment.

Most of the day was spent touring the central “West Bank” area including Itamar, Barkan and Ariel in the Shomrom hills.  This represents only a small slice of the “settlements.”

For background on the legality of the settlements and the popular misconceptions and deceptions, see:

The longest part of the trip was the drive to Itamar, which is located on top of a high ridge overlooking Nablus in the distance with views towards the Jordan Valley. 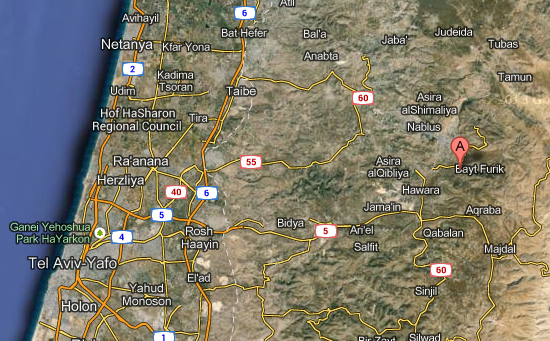 Itamar, founded in 1985, is an rambling agricultural community of 175 families spread over quite a distance, with a dairy, goats, chickens and vineyards (which looked to me to have been recently planted).  The products are “organic” and apparently sell for quite a high price in the main Israeli cities.  We had some fresh yogurt at the small public café.

Unlike Barkan and Ariel, discussed below, many (but not all) of the homes were nothing more than simple trailers or small block houses:

In this photo of my wife taking a photo of me, you can see how Itamar towers over the surrounding landscape (our “guide” for the day — my friend from Moscow days — is to the left): 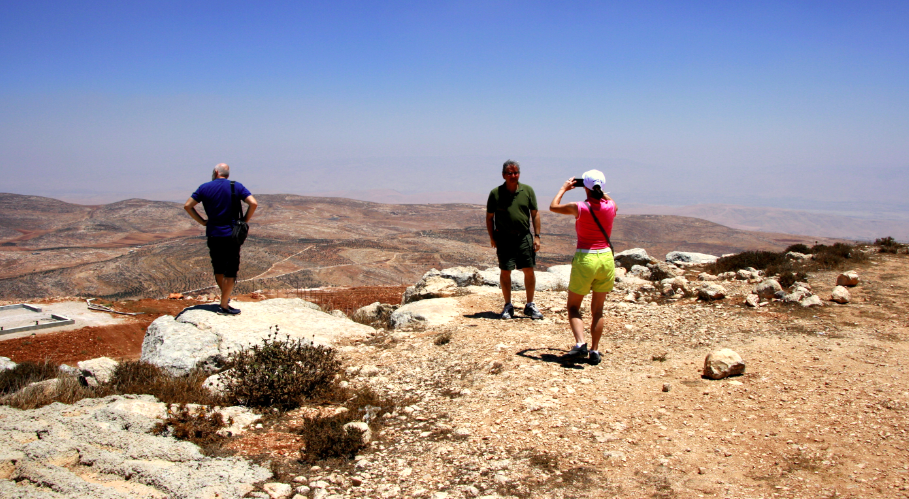 Itamar has a long history of being attacked by Arabs from neighboring villages, the most infamous of which was the stabbing murder of the Fogel family, including a baby in its crib.  We covered that event extensively:

This photo shows the cluster of homes in which the Fogel family home was located: 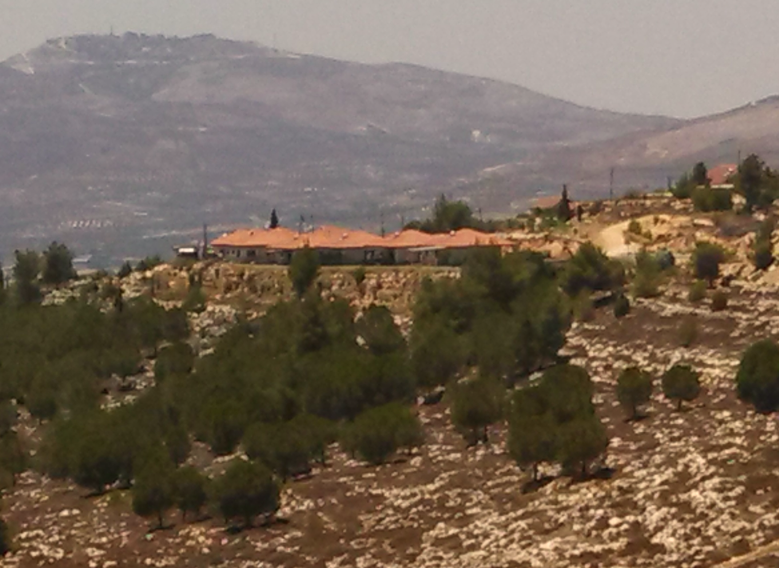 Itamar includes the so-called Three Seas lookout point, from which on a clear day the Mediterranean Sea, The Sea of Galilee, and The Dead Sea are visible.  The Israeli Army maintains an electronic monitoring tower at that location: 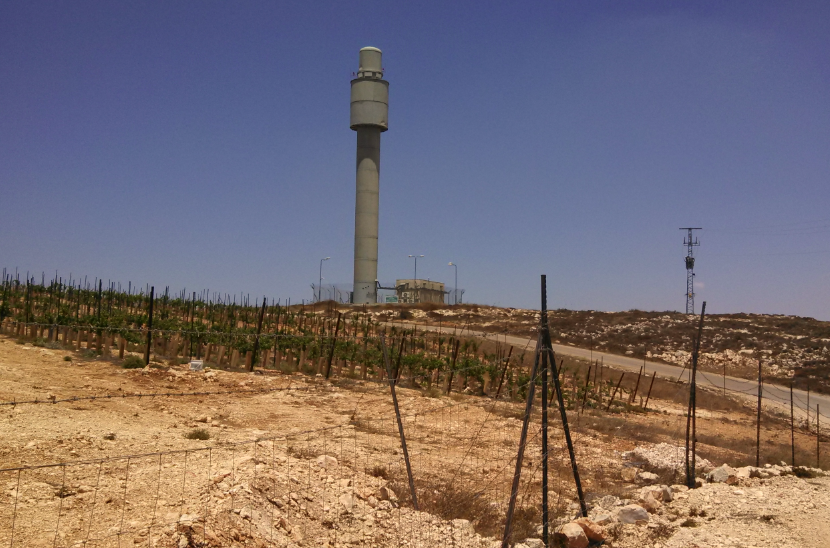 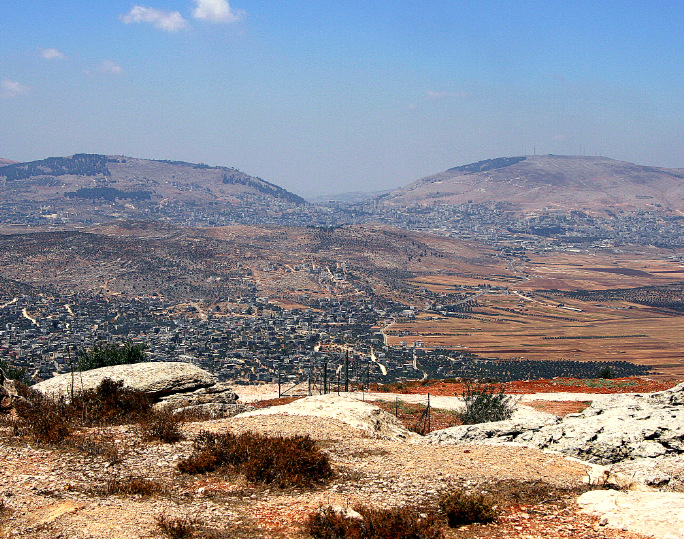 Itamar is very close to Area A under the Oslo Accords, which is under full Palestinian Authority control. This warning sign lets Israelis know when they have reached the end of the road, so to speak.  In case you didn’t get the message, there is an Israeli Army check point about 100 yards down the road. 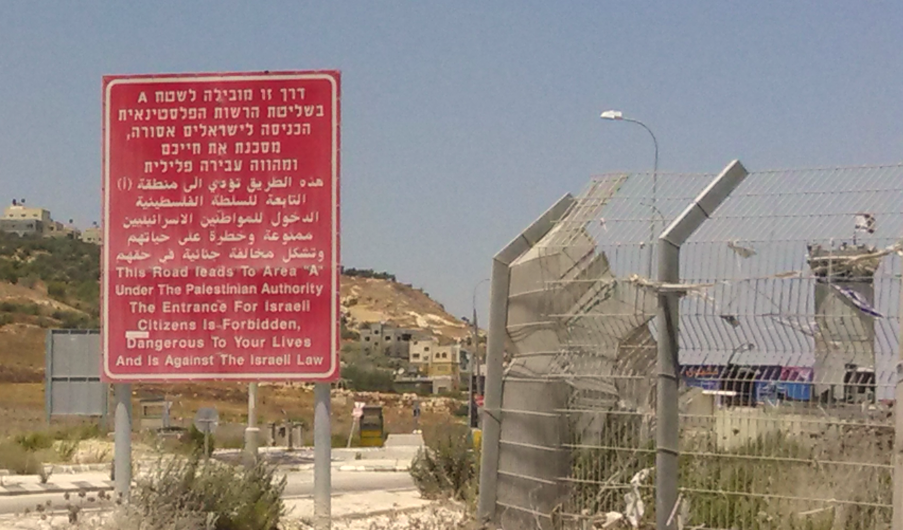 It looks like a tough, hard scrabble life in Itamar.  The people definitely seemed to be religious, and looked like the stereotypical settlers we’re used to seeing.  Because of pressure from European activists and Israeli leftists, I was told by our guide that people might be suspicious of us taking photos, but no one said anything about it.

Barkan is a small town (about 2000 people) approximately 25 miles east of Tel Aviv, adjacent to an industrial park which employs several thousand Palestinian Arabs alongside Jewish Israelis. Barkan is very close to Ariel (see below) and is fairly secular compared to other Jewish towns in Samaria.  Barkan was much more developed and suburban in nature than Itamar, and is 10 miles from the old Green Line (1949 armistice line). 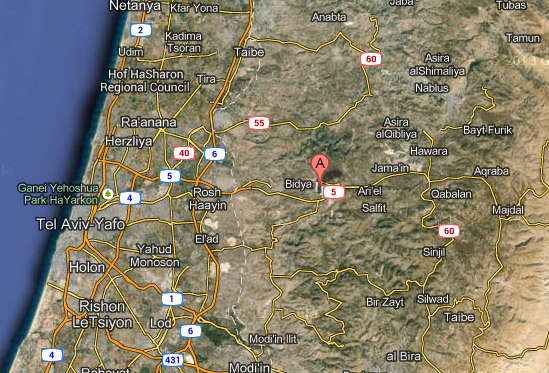 The town was established originally in the 1970s, then more or less abandoned, then reestablished in the early 1980s. The companies in the industrial zone are a prime subject of sanctions by the European Union, which has forced some of the companies to leave the area and, ironically, lay off Palestinian Arab employees.

I was given an extensive tour by our “guide,” who lives in Barkan. On a clear day, I was told, you can see the entire coastal plain from Tel Aviv to Netanya. In the photos below you can get a sense of the landscape overlooking an Arab town in the valley, as well as see new construction on the edge of town. 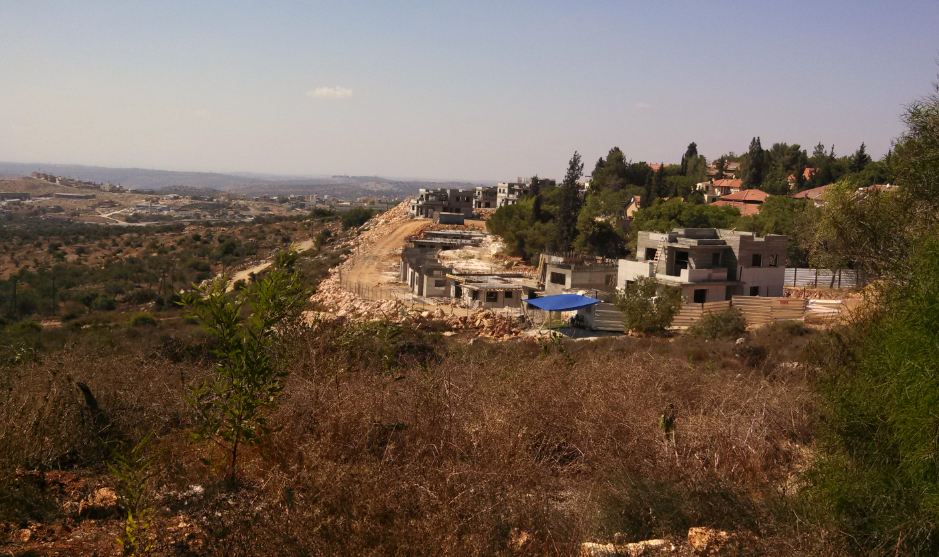 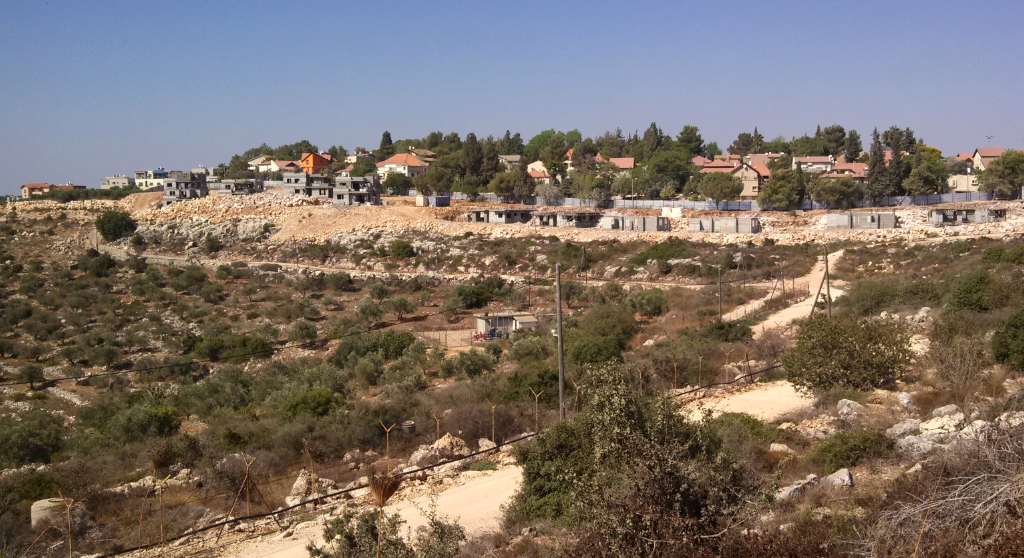 Ariel is one of the largest “settlements” with about 20,000 residents and 10,000 students.. While I walked around Barkan, I merely drove through Ariel.

Putting aside the biblical connection to these locations, it’s hard to imagine Israel ever giving up the strategic high ground on which some of these settlements sit.  If Israel did give up the high ground, it would do so at its own security risk.

Fascinating! I am really enjoying your updates!

So am I. Every night, Professor, I look forward to reading about your new adventures.

I see that the Israelis seem to be able to build sturdy border fences. I wonder why Americans are unable…

Truly amazing pictures Professor. And the reunion with your friends who escaped the tyrannical Soviet regime must have been a highlight of your trip. And thanks for your geography lesson about the ‘West Bank’ ; I never knew the strategic importance of Samaria (apart from the historical importance). I look forward to your nightly updates. They are amazing!

Do your friends still speak Russian? There are millions of Russians in Israel, now. (And, I don’t think of the Russians as being particularly religious.)

I also know Israelis don’t hold back on how they feel on any particular topic. But I also think the majority speak Hebrew.

You haven’t mentioned Bibi. Or politics. Is this kept from your view? Also, you say you lived in Moscow back when Reagan was elected. Given that Ed Snowden will probably be living where you have lived (although under different circumstances, what do you think his life there, ahead, will be like?)

Also, because I tend to read the Jerusalem Post every day, I saw, today, that Ya’Alon has done tit-for-tat with that gruesome beast from the EU. And, since she said the European Union won’t buy anything that comes from the settlements; Ya’alon basically said the settlements won’t co-operate with her or the European Union, either. (And, they’ve got lots of money now that they can’t hand off to the Palestinians.)

The other thing I seem to remember (vaguely)is that Arik Sharon lived in the Muslem section of Jerusalem. (And, yes, there were ancient tunnels under lots of Jerusalem homes.) I think, too, Sharon chose his name after this area, and not the other way round.

I am really enjoying this travelogue of Israel.
I hope to go there next year. I will definitely need sun screen.

Great photos Professor! My elder son lives right near Barkan, in a settlement opposite Ariel on the other side of the main road. In his settlement there is a similar lookout point called “the Balcony of the State” (Hamirpesset shel Hamedina) where on a clear day you can see the entire coastal plain, from Tel Aviv and beyond to the south, up to Hadera and its power station in the north.

As you say, the essence of the settlements issue is “the high ground”. If Israel were to give it back, the entire leadership should be sent for an urgent psych evaluation.

Folks you are great!