Details just coming out, vote in Senate expected tonight. Looks like the number is 400/450k for tax increases and delay of sequester automatic spending cuts for two months. More when the details are confirmed. Update: Details on the deal, which apparently will go to a vote in the...

Barring some BIG or BREAKING news, this will be the last post of 2012. Thanks to all of you for reading, commenting, spreading the links, and creating what I'm convinced is the best online community. Next year should be, ahem, interesting. We have been going through a thought...

There isn't going to be a vote tonight in the House, at least. And it's not clear what all the details are, but it looks as of this writing that taxes will go up on people making more than $400,000 individually or $450,000 as a couple....

Update on The Elizabeth Warren File

It's coming, really, it is. Just not by January 3, as hoped. Figure later in January. We've had an epiphany as to design that will require some more work. Better to be a little late and great, than a little early and not so great. But not...

In your face, Republicans

Posted by William A. Jacobson on December 31, 2012 46 Comments
Obama just had what was possibly the most insulting press event I've ever seen from a President -- I'll post the video when available, it will infuriate you. He spiked the football, overtly insulted Republicans and Congress, and laughed that he is on the verge of getting what he wants. Either he wants to nix any deal, or he's actually just enjoying his victory but is emotionally incapable of being presidential about it. Everything you ever wanted to know about our dysfunctional government was on display. Until the video is available, here are some tweets: (video added)

So Obama just said this was just the START of higher taxes, is not willing to cut, & dissed the GOP. He WANTS the cliff. #SameAsItEverWas

Shorter Obama: I rolled the Repubs on upper-income tax rates and will kick their ass on the coming debt ceiling/entitlements fight.

Obama's jaunty pre-deal White House event could also be a Machiavellian strategy to make sure the deal collapses and the GOP gets the blame.

On New Year's eve, a campaign-style event? This is WH's way of warning GOP, January will bring more P.R. hammering if they don't cut deal

Obama takes an early victory lap: “Obviously the agreement that is being discussed would raise those rates, & raise them permanently.”

This Obama event strikes me as a half victory lap

Does Obama not want a deal? Because taunting Republicans is a good way to not get a deal.

Is it really a good strategy to give a speech bashing Congress while trying to work with Congress?

Questioning whether Hillary Clinton actually had a concussion apparently is the worstest thing anyone would ever do. So I just couldn't resist a history lesson: MT @sullydish When someone gives birth in hospital, the idea that she didn't give birth at all seems perverse— Legal Insurrection (@LegInsurrection) December...

Happy New Year! While I like to look at the past, seeing into the future can be fun (despite the fact I truly struck out prediction-wise this November).  Humbled, and a lot less hopeful, I offer my predictions for 2013. 1) John Boehner remains as the Speaker...

Posted by William A. Jacobson on December 31, 2012 57 Comments
An Op-Ed in The New York Times from Georgetown Law Professor Louis Michael Seidman, Let’s Give Up on the Constitution:

AS the nation teeters at the edge of fiscal chaos, observers are reaching the conclusion that the American system of government is broken. But almost no one blames the culprit: our insistence on obedience to the Constitution, with all its archaic, idiosyncratic and downright evil provisions.... Our obsession with the Constitution has saddled us with a dysfunctional political system, kept us from debating the merits of divisive issues and inflamed our public discourse. Instead of arguing about what is to be done, we argue about what James Madison might have wanted done 225 years ago.

As someone who has taught constitutional law for almost 40 years, I am ashamed it took me so long to see how bizarre all this is.... Constitutional disobedience may seem radical, but it is as old as the Republic....

No one can predict in detail what our system of government would look like if we freed ourselves from the shackles of constitutional obligation, and I harbor no illusions that any of this will happen soon. But even if we can’t kick our constitutional-law addiction, we can soften the habit.

If we acknowledged what should be obvious — that much constitutional language is broad enough to encompass an almost infinitely wide range of positions — we might have a very different attitude about the obligation to obey.

I find myself agreeing more frequently than ever before with Glenn Greenwald, at least on the issue of the willingness and desire of "progressives" to go where even the demonized George W. Bush was not willing to go, and the willingness with which the progressive intelligentsia embraces such ideas in the service of Obama. Or maybe he's agreeing with me.

Just in under the wire, a clear winner for dumbest and most incoherent NYT Op-ed of 2012:is.gd/DCMMbp

There seems to be a "Progressives against the Bill of Rights" group rapidly emerging on Twitter: exciting!

@mattyglesias That's what that Op-Ed you endorsed is saying - that's ignore- rather than amend - the Constitution means.

Fighting the conservative media on Newt, including attempts to strip Newt of his accomplishments and history. Defending Rush against Media Matters and StopRush. Helping advance Mia Love to national attention. Fighting the false racial narrative in the Trayvon Martin shooting. Helping to defeat Richard Lugar. Uncovering, documenting, talking about and...

Posted by William A. Jacobson on December 31, 2012 7 Comments
We published a bumper sticker or sign almost every day this year, sometimes more than one a day.  Please keep them coming, by emailing me at the address on the contact page. Most of the bumper stickers, of course, were motivated by the elections, with a huge number of innovative uses of the "O" in the Obama logo. I have selected some of my favorites (going easy on the campaign stickers), in no particular order.  Click over to each post for the commentary from the reader and from me that accompanied each sticker.

Uprising of the peasantry reaches the suburbs 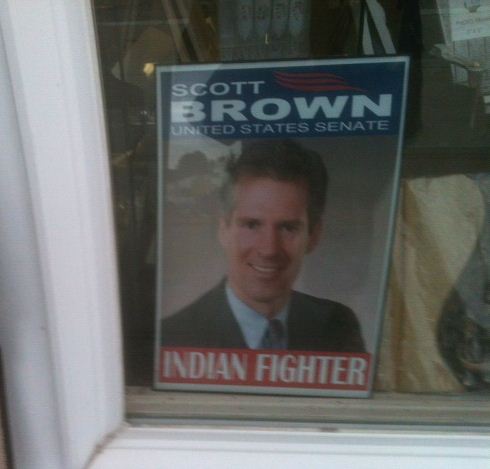 It’s not as good as the Christmas Plan, but Joe Manchin’s CALM Act is worth consideration

Deprive Obama of the crisis he uses as leverage...

As the fiscal cliff approaches…

... The blame game begins. We noted here on Friday that the bad economy is already dialed in for 2013, but that President Obama would likely seek to blame congressional Republicans and the fiscal cliff fiasco for the impending economic woes. As expected, the finger pointing surrounding...

When do Skyler Capo and Gibson Guitar get to interview Obama?

One of the best columns about the David Gregory high capacity magazine story was written by Mark Steyn, Laws Are for Little People (h/t Ace): This is, declared NYU professor Jay Rosen, “the dumbest media story of 2012.” Why? Because, as CNN’s Howard Kurtz breezily put it,...

As 2012 closes, I have been pondering making a New Year's resolution from a Tea Party perspective. After such disappointing results in the November election, and the fact that Californians approved just about every tax and spend measure on the 2012 ballot, it can be very...

David Gregory has a high capacity ammunition magazine problem, as you are aware. So I was waiting for the issue of banning high capacity magazines to come up during the Meet the Press interview this morning, and it did (emphasis mine): GREGORY: "Those are four huge things...

Slip some extra Tea Party Derangement Syndrome on the barbie

From our friends Down Under at The Catallaxy Files, reports of Tea Party Derangement Syndrome, He believes it but does anyone else? (emphasis mine): WAYNE Swan has blamed the conservative Tea Party movement in the US for damaging the global economy and contributing to the “whack”...

If the names and addresses of gun permit holders are fair game, what about this?

Posted by William A. Jacobson on December 30, 2012 134 Comments
The publication of the names and addresses of gun permit holders by the NY Lower Hudson Journal News , a Gannett paper, sparked controversy, including publication by a blogger (additional here) of equally personal yet publicly available information about the editors and writers of the Journal News. The paper defends its conduct on the following grounds:

“New York residents have the right to own guns with a permit and they also have a right to access public information,” said Janet Hasson, president and publisher of The Journal News Media Group.... “We knew publication of the database would be controversial, but we felt sharing as much information as we could about gun ownership in our area was important in the aftermath of the Newtown shootings,” said CynDee Royle, editor and vice president/news....

There has been criticism by other professional journalists that it was not necessary to provide names and addresses in order to obtain whatever journalistic value there was in the story.  At Poynter, Al Tompkins writes:

I am not a big fan of the maps that show sex offenders, but at least there is a logical reason for posting them .... The permit holders are accused of nothing.... I like it when journalists take heat for an explosive, necessary, courageous investigation that exposes important wrongdoing. There is journalistic purpose and careful decision-making supporting those stories. But The News Journal is taking heat for starting a gunfight just because it could.

The Journal News is planning on another data dump with more names and addresses in surrounding counties. Which brings me to a comment submitted last night.  It was from a first-time commenter, and it contained personal contact information for the Chairwoman of Gannett, including home address, telephone numbers, second home, neighbors, and relatives. I don't like the tactic, but it is something done by a Gannett newspaper (at least as to names and addresses). I'm on board with adopting some of the left's Alinskyite tactics, like holding them to their own rules, but does this go too far, particularly since she was not directly involved?  And the information is much more personal than just name and address. Is there any newsworthiness in it? No more or less so than the identity of law-abiding gun permit holders.  Neither poses a threat to the public.  But it's certainly something people are interested in. I'm not going to publish the unredacted comment, but what do you think?

And it goes on, and on, and on. Any notion that the pathetic racial politics which drive Democrats would relax post-election were shattered immediately.  There is a sickness in the Democratic Party and media which just seems to get worse and worse. It's bad enough that they...