Posted by Mary Chastain on April 10, 2017 4 Comments
Dylann Roof pleaded guilty to state charges, which included murder and attempted murder, for the 2015 massacre at Emanuel AME Church in Charleston, SC. Circuit Judge J.C. Nicholson sentenced Roof to life in prison without the possibility of parole. This deal "means no state trial or sentencing phase will be necessary." A federal jury sentenced Roof to death in January.
Read More 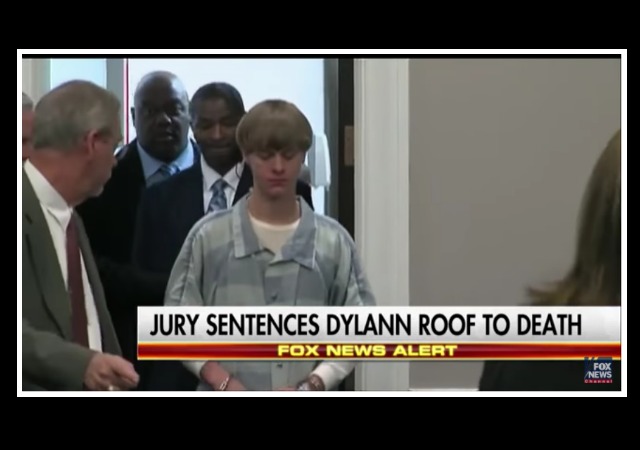 Posted by Mary Chastain on January 10, 2017 15 Comments
Dylann Roof received the death penalty from a federal jury for murdering nine black people at Emanuel AME Church in Charleston, SC, in June 2015. It took the jury less than three hours to reach their verdict. Judge Richard Gergel will impose the sentence of Roof at 9:30AM on Wednesday. The jury recommended the death penalty on all 18 counts Roof faced that carried the sentence. Roof opened fire on the members of the church after they welcomed him into their circle with open arms and allowed him to sit next to the pastor. He hoped his crime would spark a race war.
Read More

Posted by Mary Chastain on December 05, 2016 12 Comments
`Last week, U.S. District Judge Richard Gergel granted Dylann Roof's request to represent himself at his trial for murdering nine black people at a church in Charleston, SC, in the summer of 2015. But now Roof wants his lawyers back during the guilt phase:

After a two-sentence formal motion filed by his advisory lawyers, Roof hand-penned a note to the federal judge overseeing his case. In block letters on lined notebook paper, he wrote: "I would like to ask if my lawyers can represent me for the guilt phase of the trial only. Can you let me have them back for the guilt phase, and then let me represent myself for the sentencing phase of the trial?" 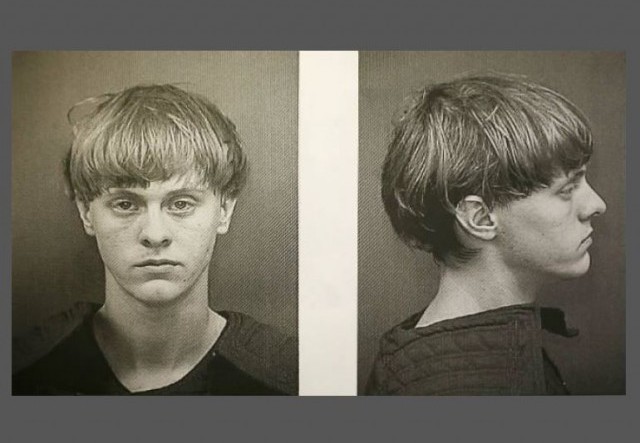 Posted by Mary Chastain on November 28, 2016 26 Comments
On Friday, U.S. District Judge Richard Gergel found Dylan Roof competent to stand trial for the murder of nine black people at a church in Charleston, S.C., last summer. Today, the judge has decided that Roof can represent himself in his trial:

Roof made the last-minute request as jury selection was set to begin this morning. U.S. District Judge Richard Gergel cautioned Roof against serving as his own attorney, noting his defense team's considerable legal expertise, but ultimately granted the request. He noted that Roof has a constitutional right to represent himself.

After carefully considering the record before the Court, the relevant legal standards, and the arguments of counsel, the Court now finds and concludes that the Defendant is competent to stand trial. 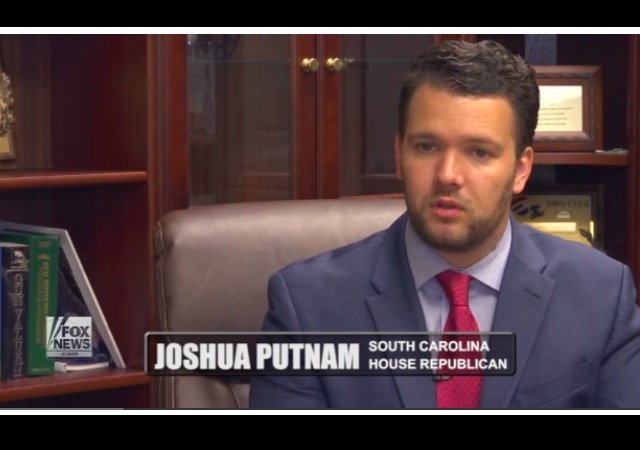 South Carolina May Allow Teachers to Carry Guns on Campus

Posted by Mary Chastain on November 17, 2016 22 Comments
After a deadly school shooting in October that killed a six-year-old student, South Carolina Rep. Joshua Putnam (R) introduced a new bill that would allow teachers to carry a gun to protect children:

“It would incorporate mostly live shooter scenarios. So then teachers are familiar with how to approach that gunman on campus, how to interact with getting children away from... danger situations and how to confront that until law enforcement arrives,” said Putnam. 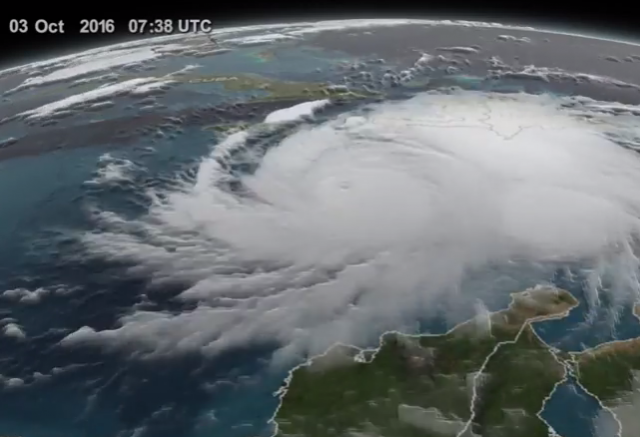 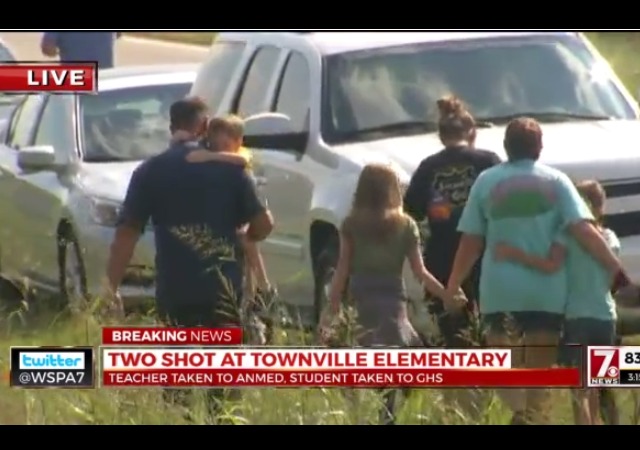 The Greenville News reported that two children were injured and a man was found dead near the school. A suspect is reportedly in custody. Lt. Sheila Cole with the Anderson County Sheriff’s Office said deputies had received reports of a possible shooting but she could confirm that a shooting had occurred, the station reported. Police units from multiple law enforcement agencies were on their way to the scene. 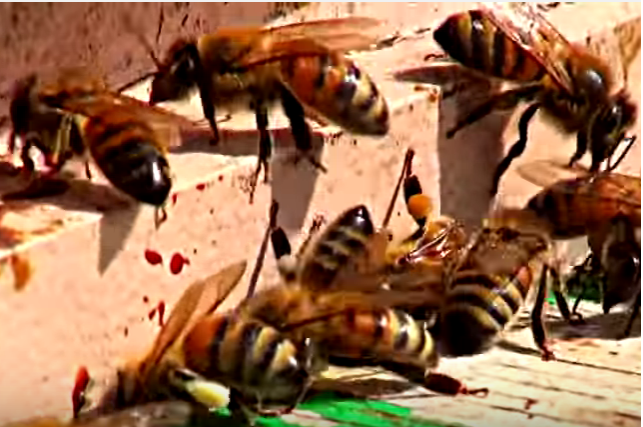 Posted by Leslie Eastman on September 04, 2016 10 Comments
There is another disturbing report related to the spread of the Zika virus; however, this one doesn't involve birth defects or neurological problems. Millions of honey bees were killed after areas of South Carolina were sprayed to kill the mosquitoes that transmit the pathogen.

"On Saturday, it was total energy, millions of bees foraging, pollinating, making honey for winter," beekeeper Juanita Stanley said. "Today, it stinks of death. Maggots and other insects are feeding on the honey and the baby bees who are still in the hives. It's heartbreaking." Stanley, co-owner of Flowertown Bee Farm and Supply in Summerville, South Carolina, said she lost 46 beehives -- more than 3 million bees -- in mere minutes after the spraying began Sunday morning. "Those that didn't die immediately were poisoned trying to drag out the dead," Stanley said. "Now, I'm going to have to destroy my hives, the honey, all my equipment. It's all contaminated."

Truly, the images of the bee-keepers assessing the loss of both their bees and their livelihoods are heartbreaking:
Read More

Posted by Mike LaChance on June 19, 2016 20 Comments
As we've documented countless times at College Insurrection, many students in America today have a flawed understanding of free speech and other Constitutional subjects. There once was a time when it was safe to assume students were taught about the Constitution and America's other founding documents, but the behavior on many campuses today suggests that's no longer happening. South Carolina just passed a new law to remedy this situation. The Daily Signal reports: 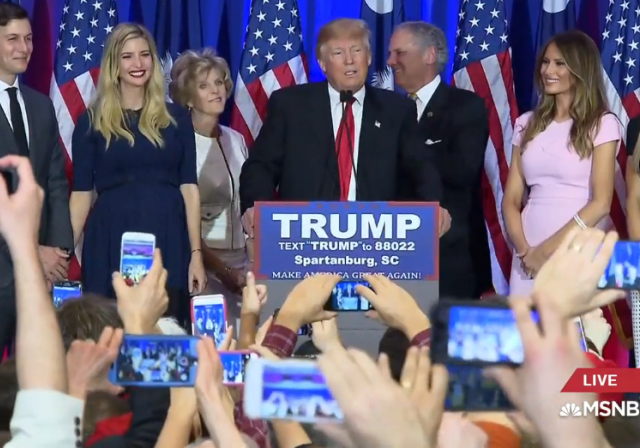 Posted by Kemberlee Kaye on February 20, 2016 84 Comments
Welcome to our South Carolina Republican Primary live blog. Up for grabs, 50 delegates. 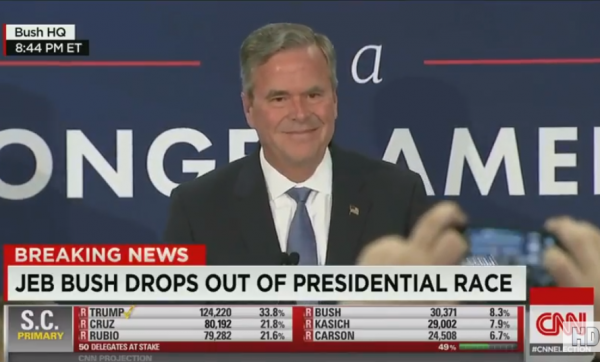 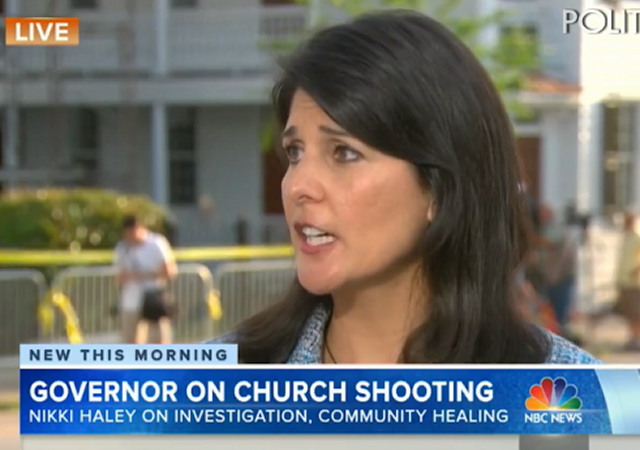 Posted by Mike LaChance on June 20, 2015 61 Comments
As the families of victims in the Charleston shootings show amazing strength and faith, some people on the left are already exploiting the incident for political gain. Meanwhile, South Carolina governor Nikki Haley is calling for the harshest punishment for the shooter. Nick Gass of Politico:

Nikki Haley: Charleston shooter deserves death penalty A little more than a day after the shooting at a historic black church in Charleston, South Carolina, the state’s political figures are still coming to grips with an attack that killed nine people. Accused Charleston shooter Dylann Roof should get the death penalty, South Carolina Gov. Nikki Haley said Friday. “We will absolutely want him to have the death penalty,” Haley told NBC News’ Savannah Guthrie on “Today,” adding that there is only one person to blame for the shooting at Emanuel AME Church on Wednesday night. “A person filled with hate,” she added. 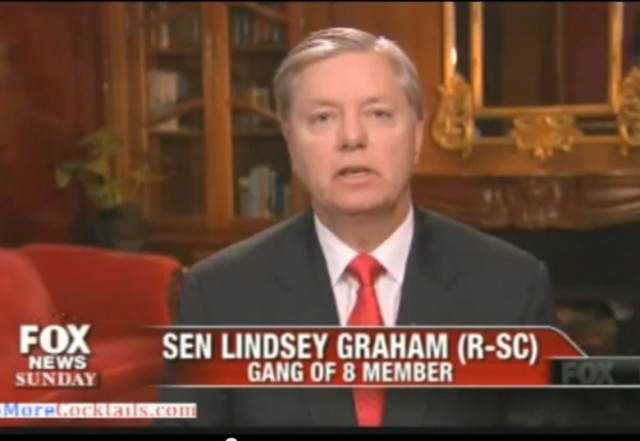 Posted by Bruce Carroll on June 10, 2014 12 Comments
After a lot of speculation and angst by conservative voters in South Carolina, today is Judgment Day for Lindsey Graham. Over the past year, SC grassroots activists have attempted to organize with the goal of defeating Graham in his re-election bid.  The problem always came back to the lack of a serious challenger to the incumbent Senator. Graham was first elected to Congress in the Republican Wave of 1994.  But the voters who watched O.J. Simpson huddled in the back of his white Bronco 20 years ago are not the demographic force of the electorate today.  South Carolina has a very eclectic mix of Republican voters:  Establishment/old school, Tea Party patriot grassroots groups, Christian conservatives and a libertarian streak that gave Ron Paul some hope in the 2012 South Carolina primary. Unlike the McDaniel/Cochran Senate race in Mississippi, none of these odd fellows in S.C. were able to coalesce behind a single candidate to go up against Graham. However, South Carolina is very interesting as it is one of the few states left that requires a 50%-plus-one vote in order to avoid a runoff election.  Most runoff states have a lower threshold of 40%. The main competitors to Graham are S.C. State Senator Lee Bright from the Greenville-Spartanburg area of Upstate South Carolina.  Bright was well-postioned in the crowded field as the only elected official with some statewide name recognition to challenge Lindsey Graham.  Bright also brought together a number of the numerous Tea Party and patriot grassroots groups throughout the state.  However, he never seemed to be able to gain momentum statewide or make a compelling case as to why he was a good alternative to Graham.  Bright struggled with fundraising throughout the contest, but recent polls suggest he may finish in second place to Graham in voting today.
Read More
DONATE