Posted by William A. Jacobson on February 09, 2018 37 Comments
Earlier this week we wrote about the possible involvement of Clinton operative Sidney Blumenthal in feeding information to Christoper Steele, author of the infamous Clinton/DNC funded dossier. That dossier formed a key part of the FBI's presentation to the FISA court to obtain a warrant to surveil Carter Page. One of the key links in the Blumenthal-Steele stories was former State Department employee Jonathan Winer:
Read More 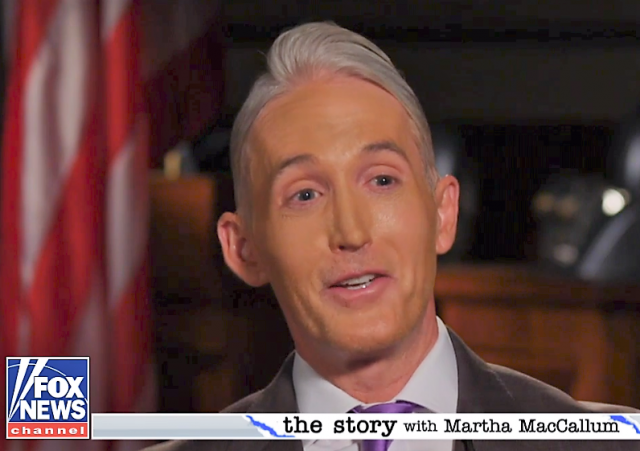 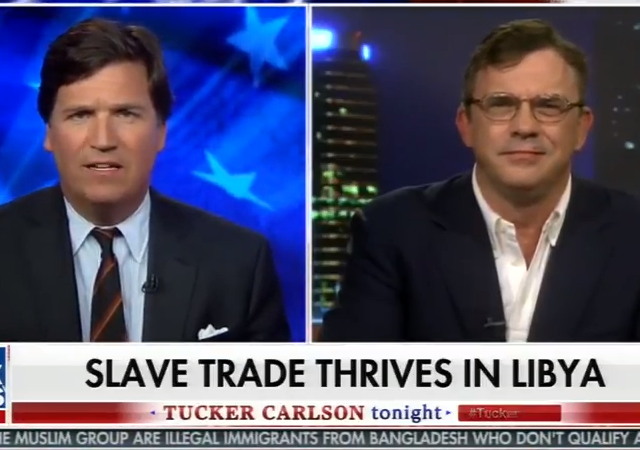 Posted by Mike LaChance on December 02, 2017 10 Comments
In recent years, the country of Libya has descended into a nightmare. There is a lack of leadership and warring factions are struggling for control. Worst of all, some refugees who have been taken prisoner there are now being sold in slave markets.
Read More 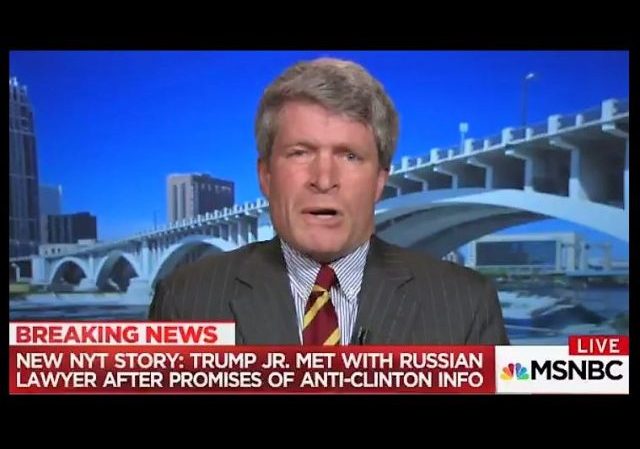 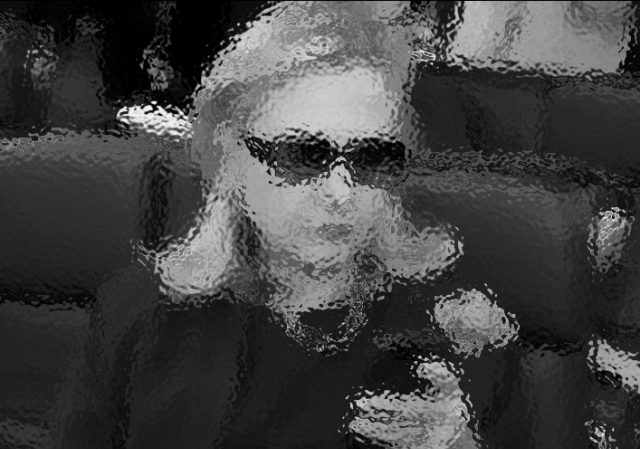 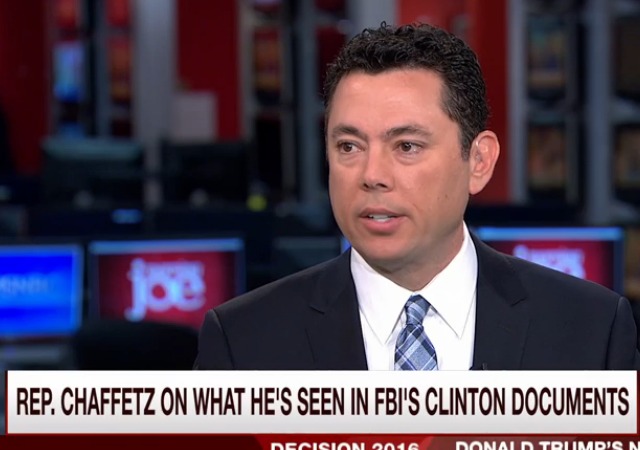 Posted by Mary Chastain on September 07, 2016 17 Comments
House Oversight and Government Reform Chairman Jason Chaffetz (R-UT) has asked the U.S. Attorney for the District of Columbia (USADC) to review the email case against Hillary Clinton because evidence "may amount to obstruction of justice and destruction of evidence." The FBI released its notes from its investigation into the private server Hillary used when she served as secretary of state. Agents discovered that some of her aides destroyed a few of her BlackBerry devices with a hammer while no one can find an Archive Laptop with 902 emails. Someone, the FBI blacked out the name, told agents that he/she "deleted the Clinton archive mailbox from the PRN server and used BleachBit to delete the exported."
Read More

Posted by Kemberlee Kaye on August 11, 2016 30 Comments
A massive hack of the Democratic National Committee's email system cost former Chairwoman Debbie Wasserman Shultz her job. A few weeks after Wikileaks published more than 19,000 hacked emails from top Democratic Party officials, investigators have indicated the personal email accounts of more than 100 Hillary campaign officials and other organizations may have been targeting in the attack. The New York Times reported:

The main targets appear to have been the personal email accounts of Hillary Clinton’s campaign officials and party operatives, along with a number of party organizations. 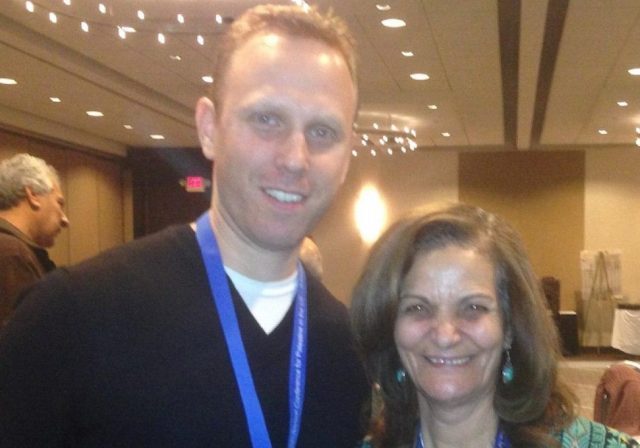 Posted by William A. Jacobson on July 10, 2016 17 Comments
Long ago, I foresaw that Hillary Clinton eventually would have to come to grips with her Max Blumenthal problem. That problem was that Max's toxic anti-Israel politics would become a political liability Hillary could not ignore despite her affection for and affliction with Max's father, Clinton confidant Sidney Blumenthal. On May 19, 2015, I wrote that Hillary has a Blumenthal Problem – Two of Them:

I knew that Hillary was going to have a Blumenthal problem for her 2016 campaign. But I expected that the problem would be Max Blumenthal, son of close Clinton advisor Sidney Blumenthal. Max, the virulently anti-Israel activist, has been the subject of much controversy because of his penchant for vituperative and outlandish attacks on Israel, not the least of which was his call for Israeli Jews to be indigenized after the end of the Jewish state. See our Max Blumenthal Tag for some background. 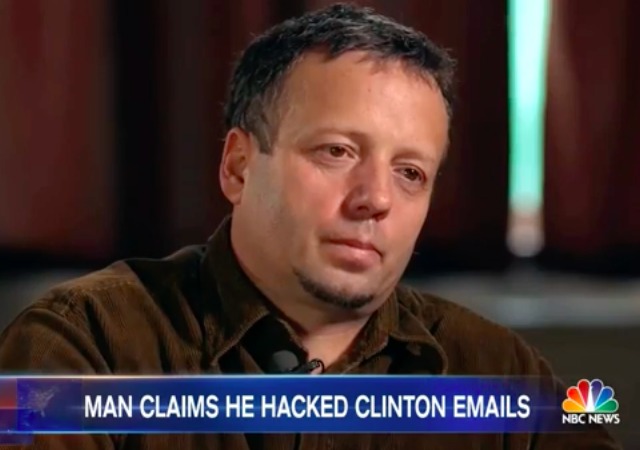 Posted by Jonathan Levin on February 08, 2016 3 Comments
Bernie Sanders gave a glimpse at his potential foreign policy on Sunday, and his choices of BDS supporter James Zogby and left-wing J Street raise serious questions. Sanders, the Jewish Senator from Vermont, is infamous for his avowed socialism.  On foreign policy, he is more or less a blank slate, making his choice of foreign policy advisers a valuable window into his mindsight and the least-worst predictor of a President Sanders's policy. On Sunday, two of the three advisers Sanders chose to identify were vehemently anti-Israel.  Sanders told Meet The Press he met recently with Larry Korb, Jim Zogby and J Street.

The Clintons’ Baggage is Finally Catching up to Them

Posted by Mike LaChance on January 07, 2016 24 Comments
Hillary Clinton has a big problem. As a candidate, she wants to be seen as an advocate for women but her husband's past and her defense of it conflicts with that message. She simply can't have it both ways. To make matters worse, some of Bill Clinton's accusers are starting to come forward. Mark Hensch and Jonathan Easley report at The Hill:

Bill Clinton rape accuser: Hillary 'tried to silence' me A woman who publicly accused former President Bill Clinton of raping her in 1978 is resurrecting her claims on social media. “I was 35 years old when Bill Clinton, Ark. Attorney General raped me,” Juanita Broaddrick tweeted Wednesday.

Posted by Fuzzy Slippers on December 03, 2015 12 Comments
Judicial Watch has obtained new emails (available here) that reveal a bit more about Hillary Clinton's time at State than we knew before (or than she probably wants revealed). Judicial Watch reports:

Judicial Watch today released a new batch of emails of former Secretary of State Hillary Clinton connected to the Benghazi attack. Included is an email chain showing that Clinton slept late the Saturday after the Benghazi attack and missed a meeting that her staff had been trying to set up about sensitive intelligence issues, including the Presidential Daily Brief, on a day she was to make a slew of phone calls to foreign leaders.

There was also an interesting detail in an email concerning Bowe Bergdahl's father's concern over "Crusader paradigm."

The documents contain an email passed to Clinton in the days following the Benghazi attack in which the father of alleged Army deserter Bowe Bergdahl anguishes over the “‘Crusade’ paradigm” which he says “will never be forgotten in this part of the world.”

You may remember Mr. Bergdahl from Obama's over-the-top, tin-eared, and inappropriate Rose Garden ceremony announcing the exchange of Bowe Bergdahl, who has since been charged with desertion and misbehavior before the enemy, for five top Taliban leaders.
Read More

Posted by Kemberlee Kaye on November 30, 2015 12 Comments
The State Department published another batch of Hillary's emails Monday as part of their rolling release thanks to a court order. The emails are a portion of the chunk Hillary turned over to the State Department from her personal server. She or her legal counsel (Clinton has been opaque here) determined what emails were worthy of State Department record. Pilfering through the emails, readers have found all kinds of fun stuff. Evidently, everyone loved Hillary's glasses. And Blumenthal thought he had a huge scoop: 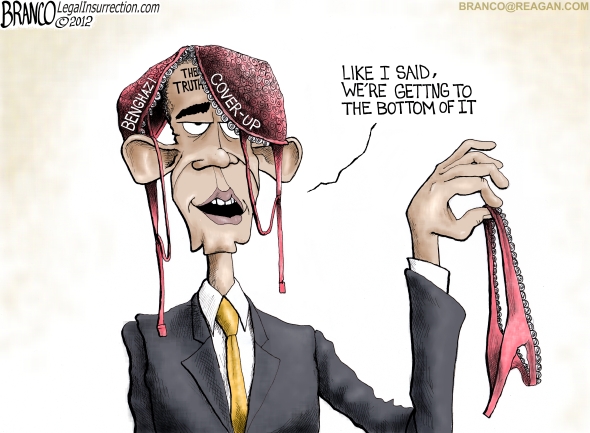 Posted by Amy Miller on October 20, 2015 14 Comments
After the attacks on the US Embassy in Benghazi, Libya, the Obama Administration moved quickly to blame the carnage on "The Innocence of Muslims" video on YouTube. Remember? The Administration attempted to blame the violence on "an awful video that we had nothing to do with" no less than seven times, even as it became abundantly clear that the murderers who laid waste to the compound were there on a mission, and not as part of a spontaneous protest. Now, new documents from the State Department, acquired by advocacy group Judicial Watch, show that the White House attempted to shuttle the blame onto another, more obscure YouTube video almost immediately after the attacks took place.
Read More
DONATE