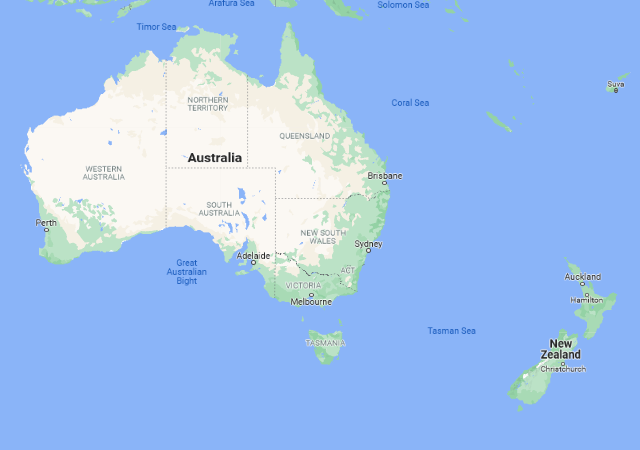 Less than eight weeks ago, I reported that in its quest to achieve “Zero COVID” in the country, New Zealand had essentially killed off its tourism industry and Lord of the Rings empire.

I also indicated that the goal of “Zero-COVID” was not achievable for various reasons. For example, it had already spread globally before the Wuhan coronavirus outbreak was first reported, and it appears to be custom-designed to adhere to human respiratory systems). It is endemic, and eventually (as with the previous global coronavirus pandemic of 1889), there will be enough population immunity that it will join the suite of other respiratory viruses that cause the common cold.

This weekend, there were rallies in Auckland and other New Zealand cities protesting against the continuing restrictions.

Around 1,000 people rallied in the city, organised by Destiny Church, a Pentecostal fundamentalist Christian movement, demanded “freedom from lockdown”, New Zealand media reported. There were no immediate reports of violence or arrests.

Rallies were scheduled to also take place in the capital Wellington and Christchurch.

🇳🇿🚨 NEW ZEALAND IS AWAKENING!
THERE WAS A HUGE PROTEST AGAINST COVID TYRANNY IN AUCKLAND ⚡ pic.twitter.com/39GzNLGlO6

It appears that the continuing lockdowns were not working as promised.

Cases in New Zealand are rising again, which is bizarre because I was assured by fanatical New Zealand COVID twitter that their lockdown would eradicate COVID in a matter of days

Looking forward to getting my apology from them…any day now, I’m sure pic.twitter.com/vQUJz5Sbrj

Now Prime Minister Jacinda Ardern is giving up the “Zero-COVID” strategy seven weeks into a lockdown that has failed to halt an outbreak of the Delta variant, announcing that restrictions would be gradually lifted in Auckland.

“We’re transitioning from our current strategy into a new way of doing things,” Ms. Ardern told reporters. “With Delta, the return to zero is incredibly difficult, and our restrictions alone are not enough to achieve that quickly. In fact, for this outbreak, it’s clear that long periods of heavy restrictions has not got us to zero cases.”

“What we have called a long tail,” she added, “feels more like a tentacle that has been incredibly hard to shake.”

…[T]he mood among many in Auckland has soured as the most recent lockdown has stretched on, with thousands of people breaking a stay-at-home order on Saturday to demonstrate against the restrictions in the country’s largest such protest of the pandemic.

The country’s vaccination program has also been a source of consternation. The campaign began in earnest only last month, and fewer than half of people 12 and older have been fully vaccinated, leaving New Zealand far behind most developed countries.

Sadly for New Zealanders, there won’t be a robust reopen as in Norway, with fireworks and booze. The current plan is for a soft reopen.

Under Ardern’s plan that starts Tuesday, Aucklanders will be able to meet outdoors with loved ones from one other household, early childhood centers will reopen and people will be able to go to the beach.

The dates for a phased reopening of retail stores and later bars and restaurants have yet to be decided.

Ardern said the elimination strategy had served the country incredibly well but the government always intended to eventually transition to the protection of vaccines, a change hastened by the delta variant “game changer.”

Meanwhile, the premier of Australia’s biggest state economy, New South Wales (NSW), Gladys Berejiklian, resigned after a corruption watchdog said it was investigating whether she was involved in conduct that “constituted or involved a breach of public trust.

Berejiklian’s shock resignation comes as the state, which has an economy larger than Singapore, Thailand or Malaysia, battles the biggest COVID-19 outbreak in the country and is poised to begin ending months-long lockdowns as Australia sets to reopen international borders in November.

It will be interesting to see if the nanny state’s response to COVID, including the killing of dogs, will be reviewed during the investigation.

But, but. How will Jacinda subjugate her serfs without the lockdowns and medical tyranny?

“We’re transitioning from our current strategy into a new way of doing things,” Ms. Ardern told reporters. “With Delta, the return to zero is incredibly difficult, and our restrictions alone are not enough to achieve that quickly. In fact, for this outbreak, it’s clear that long periods of heavy restrictions has not got us to zero cases.”

I don’t believe a word this Marxist says. She is just transitioning to another tyrannic plan.

No freedom given to a Marxist government will ever be given back freely. It will need to be taken back by force or given up forever.

A textbook example of just how stupid, ignorant, arrogant, and authoritarian elected officials and appointed bureaucrats have become in formerly free republics.

Meanwhile, in the US we are moving full speed ahead with our own version of a Zero Covid policy. We’ve been told we need a 97-98% vaccination rate. With boosters every 6-12 months. For the rest of your life.

Nevermind the growing evidence the so-called ‘vaccines’ weaken and harm the natural immune system. Making people more vulnerable to other infections and diseases.

Imagine what the immune system of kids who are 5 years old now will look like after 20 years of ‘booster’ shots. For a virus with about a 99.998% survival rate among people under the age of 20.

No more shots. I and many in my family took these PoS gene therapy shots portrayed as vaccines.

Not taking anymore. This filthy government lied to us all, and they were complicit in this in the first place. Fauci funded the creation of this pandemic, and yet he is still not arrested and charged in the deaths of 700000 Americans and for crimes against all humanity. Almost 5000000 people dead so he and his asshat cohort can play games and get money.

F&&K Pfizer-Mectin, your two times a day way to avoid the virus Fauci and friends created. F&&k boosters, more lies. Shit, these people told us we were good to go not 5 months ago when we got our shots. So we need more of the same BS that didn’t work in the first place, but makes Pfizer’s stock price rocket to the sky with no chance of being sued for side-effects.

New Zealand has just been putting off the inevitable. Now they will have to deal with the virus and they are way behind on exposing their population to COVID.

Let the KFC be distributed

Lockdowns are a result of the philosophy that if government just takes decisive, all-inclusive action, anything can be accomplished.

On this, as so many other issues, the geniuses of all-encompassing government have failed to learn the lesson of King Canute. https://en.wikipedia.org/wiki/King_Canute_and_the_tide

Another sign that everything Fauci, Garland and the rest are attempting right now are acts of desperation. They have lost confidence in succeeding and in desperation, are throwing one hail mary pass after another. They will break if we stand our ground and refuse to get jabbed, wear masks or refuse to confront the school committees etc… Red pilling has spread out of control.

via They All Lied. Throw Them All Out NOW

The Government has been analyzing CMS data.

71% of the Covid-19 cases occurred in these fully-vaccinated people and roughly 80% of the population >65 is vaccinated. In other words they know the vaccines do not stop you from getting Covid.

The nuclear lie: As of August 7th 60% of hospitalizations were among fully-vaccinated individuals. You have heard repeatedly that this is now a “disease of the unvaccinated.” That is a damned, knowing lie and they knew it all the way back to the first of August.

Prior infection is highly protective but post six months vaccination has become much less-so. Note that “prior infection” now goes back 18 months to the first wave. Do we still need to have a conversation about “natural immunity”?

I just love the springer study. After spending many paragraphs demolishing the vaccines, their concluding paragraph says “efforts should be made to encourage populations to get vaccinated”.

I’m not anti-vax. Anyone comes up with a vaccine, I’ll take it. From the CDC’s own website.

“Vaccine: Listen media icon[MP3]
A suspension of live (usually attenuated) or inactivated microorganisms (e.g. bacteria or viruses) or fractions thereof administered to induce immunity and prevent infectious diseases and their sequelae. Some vaccines contain highly defined antigens (e.g., the polysaccharide of Haemophilus influenzae type b or the surface antigen of hepatitis B); others have antigens that are complex or incompletely defined (e.g. Bordetella pertussis antigens or live attenuated viruses).”

The mRNA concoction is not a vaccine. Fauci may have played word games but it still isn’t a vaccine. So, well, I won’t tell you what to do to me. But it wouldn’t be nice.

Short of a respirator (no source control), the masks have limited value to stop droplet spread when following strict protocol. The virus was out and proud when mandates forced its primary spread through the greenhouse effect (i.e. closed-spaced sequestration).

Between March and April 2020, 84 elderly patients with suspected COVID-19 living in two nursing homes of Yepes, Toledo (Spain) were treated early with antihistamines (dexchlorpheniramine, cetirizine or loratadine), adding azithromycin in the 25 symptomatic cases. The outcomes are retrospectively reported. The primary endpoint is the fatality rate of COVID-19. The secondary endpoints are the hospital and ICU admission rates. Endpoints were compared with the official Spanish rates for the elderly. The mean age of our population was 85 and 48% were over 80 years old. No hospital admissions, deaths, nor adverse drug effects were reported in our patient population. By the end of June, 100% of the residents had positive serology for COVID-19.

For most (96%+) people, young and old, it is sufficient to reach natural immunity through infection in a healthy body or supplement immune response with therapeutic treatments. Covid-19 is not a disease of the old, but of comorbidities conventionally correlated with age.

Both respirators and masks offer no source control or no statistical benefit (e.g. random effect).

96%+ without supplement and treatments. A higher percentage (99%+) of the population will either remain uninfected or survive the effects of the disease and immune response with early, short-term treatment.

“Zero COVID” is “science” the same way perpetual motion is “science.”
Technically.
The science says both are impossible, mind you, but both are “science.”

Bback tracking . . . it’s the Cuomo effect. Does she do posters, have a book deal?