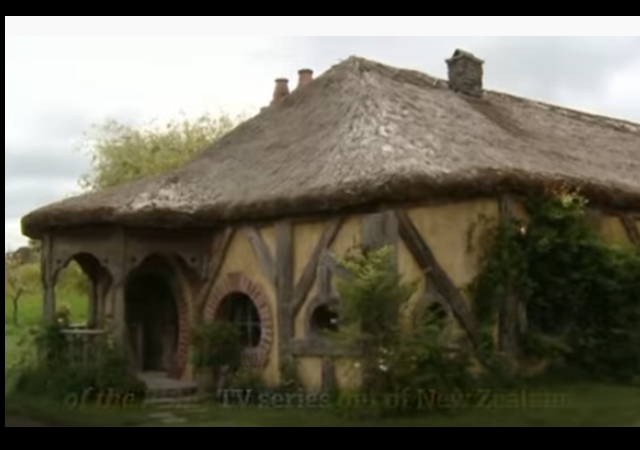 New Zealand Prime Minister Jacinda Ardern recently announced that that the country’s borders will remain closed until at least the end of the year.

She said an elimination strategy was the best way to keep Covid-19 out and the economy open.

The prime minister also said New Zealand would move to a new individual risk-based model for quarantine-free travel from the start of next year.

She stressed the priority was vaccinating the population by end 2021.

New Zealand is seen as one of the most successful countries in the world in controlling the coronavirus pandemic.

The country has recorded just 26 deaths in a population of just under five million people.

Here is a graph of COVID-19 recorded in that nation throughout the pandemic to put her decision in perspective.

Companies doing business in New Zealand have to make some serious decisions based on this announcement. Especially firms dealing with international personnel and a global marketplace.

So it should surprise nobody with an ounce of common sense and a smidgen of business sense that On Amazon Studios made an announcement. The firm will film Season Two of its upcoming Lord of the Rings series in the United Kingdom rather than New Zealand, the iconic home of the movie series and season one.

“The shift from New Zealand to the U.K. aligns with the studio’s strategy of expanding its production footprint and investing in studio space across the U.K., with many of Amazon Studios’ tentpole series and films already calling the U.K. home,” Amazon Studios said in a statement.

The announcement marks the first time a production based on the epic-fantasy books will not be filmed in New Zealand, where Oscar-winning director Peter Jackson shot his The Lord of the Rings and Hobbit film trilogies.

The blow to the New Zealand film and tourism industry is a big one.

Amazon’s decision to move production of future seasons of the Lord of the Rings to the United Kingdom represents something of a nightmare scenario for New Zealand’s tourism industry, which sounded the alarm two years ago that a country like the UK could forever sever our reputation as the “home of Middle-Earth”.

Before the deal was inked with Amazon, tourism officials singled out the UK as a potential threat to the strong link New Zealand has to the film franchise.

“Should another destination ‘closer to home’ (for example the UK) deliver the same value proposition, then NZ should expect [the Lord of the Rings] legacy to quickly taper off – particularly in the current climate of slowing global travel and economic uncertainty,” warns one tourism document, released under the Official Information Act.

Tourism officials warned that the decades of investment New Zealand tourism has put into the Lord of the Rings could evaporate if another country were to become associated with the franchise.

That fear is now reality, after news the production will now be based out of the UK.

The sad aspect about this development is that New Zealand will never achieve “zero COVID.” No country will, as the virus likely went global after the 2019 World Military Games in Wuhan and the tendency for coronavirus pandemics to strike in waves until population immunity is achieved. If New Zealand had embraced choice, personal freedom and emphasized healthcare and treatments, it would have remained the only location of the “Lord of the Rings” empire.

The bureaucratic finger-pointing has begun.

In the wake of the news, Variety writes there “have been recriminations in New Zealand” and questions as to why the government didn’t secure a multi-season commitment from Amazon. New Zealand National party economic development spokesman Todd McClay placed blame on Stuart Nash, the country’s economic and regional development minister.

“Stuart Nash has shown a lack of interest in negotiating with Amazon, despite the huge impact the production could have on our economy,” McClay said. “Stuart Nash needs to be transparent with Kiwis about why he didn’t even ask for future seasons of the show to be filmed in New Zealand.

I want to conclude with this passage, updated for today’s journey through Coronavirus Mordor:

They should’ve stayed in Old Zealand where it was safer.

I doubt there’s ever been a time in history when NZ was not a safer place than Zeeland.

Actually, prior to European contact, the Maori were in a more-or-less constant state of brutal inter-tribal warfare, perpetrated with clubs and stone axes. Once they were able to obtain firearms from visiting traders, the slaughter accelerated considerably. The native violence did not abate until colonization by the British and the Treaty of Waitangi.

Even after the treaty there was considerable violence, and even an attempted rebellion.

These days violence is mostly limited to domestic violence, and gang warfare, with multi-million dollar compensation demands for the latest and greatest grievance the new norm.

Yeah, I know all that, but Zeeland was not exactly peaceful during that period either. I think the average Zeelander at that time was more likely than the average Maori to be killed or wounded, though at least if they were killed they would not be eaten.

In happier news, Ardern’s public appearances will continue to feature a heaping helping of Sauron impersonations.

Jacinda Ardern = Hillary but with a smaller land area

Every bit of information says that the show is going to be a catastrophic woke mess that’s a weird blend of SJW crap and Game of Thrones violence and got a, so the only surprising thing about this is that they’re planning.a 2nd season.

I heard that it will finally bring Tom Bombadil to the big screen.

New Zealand Prime Minister Jacinda Ardern recently announced that that the country’s borders will remain closed until at least the end of the year.

I thought closed borders were racist, or something.

Only when we do it.

Closed borders are smart, keeping out beheading and raping barbarians really is a good idea, otherwise you end up with lots of half barbarians, and a great decrease in national IQ.

Only when they keep out illegals. Closing borders to legals is fine.

It appears that Denmark is now free! They have abolished all corona measures.
https://freewestmedia.com/2021/08/09/denmark-abolishes-all-corona-measures/

That’s probably the best comment that can be made about this situation.

That might be true if it were the cold or the flue but it’s not so no.

This isolation strategy is unlikely to work long term, unless they keep it in place forever. There is no hiding from the Rona on a national level.

Otherwise known as mandatory vaccination or be a virtual prisoner in your own country, if they don’t just hold you down and force it, plus mandatory vax passports for everybody in-country and all travelers to and from NZ. OZ will almost certainly follow suit.

The comment in the article states that its impossible to get to zero.

This is mirroring the experience if Israel.

Natural immunity? Why is this still forbidden information?

It is impossible to get to zero…and stay there.

You can hide, but never escape.