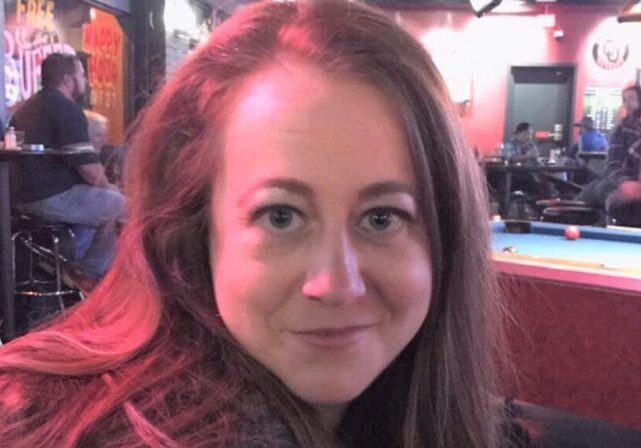 Mary Chastain’s first post at Legal Insurrection was on May 2, 2016. We announced her arrival in our world in June 2016:

Mary was a prolific writer during her years at Breitbart, and Andrew had a big impact on her, fostering a sense of outrage over government and leftist excess. 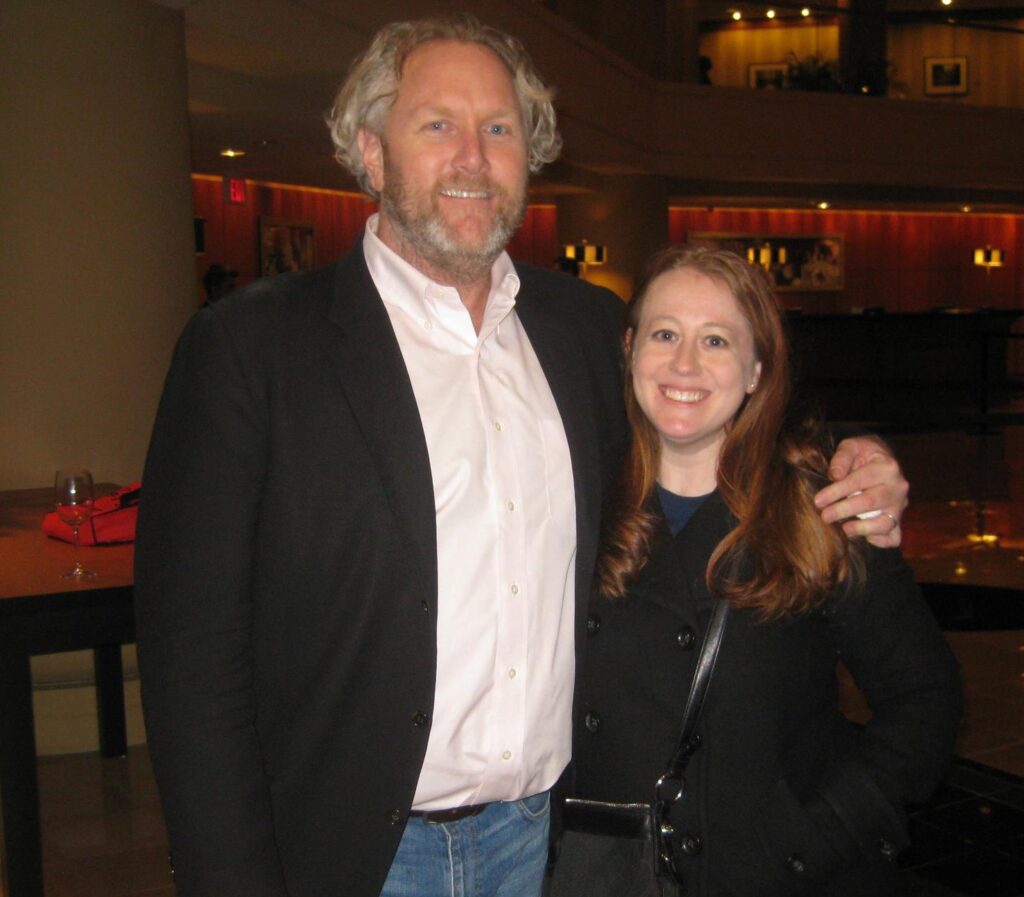 Mary also was a fixture on the conservative blogging scene, and she was passionate about the stories she covered.

We met Mary through Kemberlee.

Here they are at the 2012 BlogCon (you have no idea how much trouble I’m in for posting this): 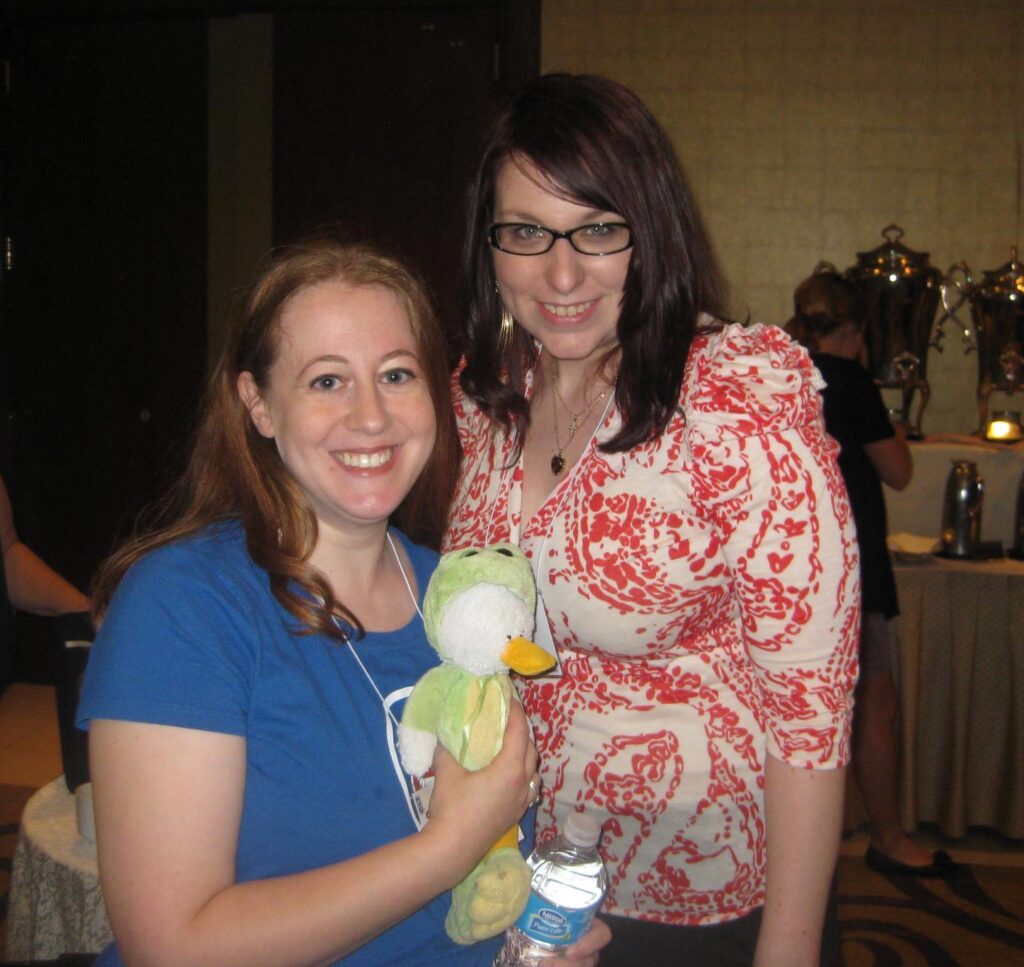 Since Mary joined us, she has been our weekday current (and sometimes ‘breaking’) news coverage person, with an amazing ability to jump on several stories a day, now totaling over 4200.

I have often joked over the years about the dreaded “blogger burnout“: “If I hear another blogger complain about blogger burnout, I’m going to scream…. Let me guess, you worked the fields all day, so you don’t have the strength to push down on the keyboard with your bloodied, swollen fingers?”.  Mary refuses to succumb.

But Mary is so much more than a blogging Energizer Bunny. She’s the nicest, funniest, best blogging friend you’ll ever meet. (She also can curse like a drunken sailor, but I’m not going to mention that.)

Mary has been open that she suffers from rheumatoid arthritis requiring medication and infusions, and was born with physical limitations, but it doesn’t stop her, and she’s not about to let the gubmint take her AR-15 away from her:

The AR-15 we can buy, which I own, is not meant for war. It is semi-automatic and holds a .223 round. That means it’s a smaller cartridge and I shoot only one bullet when I pull the trigger….

Many people do not know this, but I was born with massive head trauma after the doctor got careless with the forceps. My left side is handicapped. My left hand can be careless and obviously doesn’t work well.

The AR-15 is light and I can basically use it with only my right hand. It has light recoil, too. It’s perfect for a female even without physical disabilities.

Yes, I do like that it’s big and scary looking!

She is a Cubs fan and a libertarian. Hey, no one’s perfect. Here she is with Cubs legend Ferguson Jenkins: 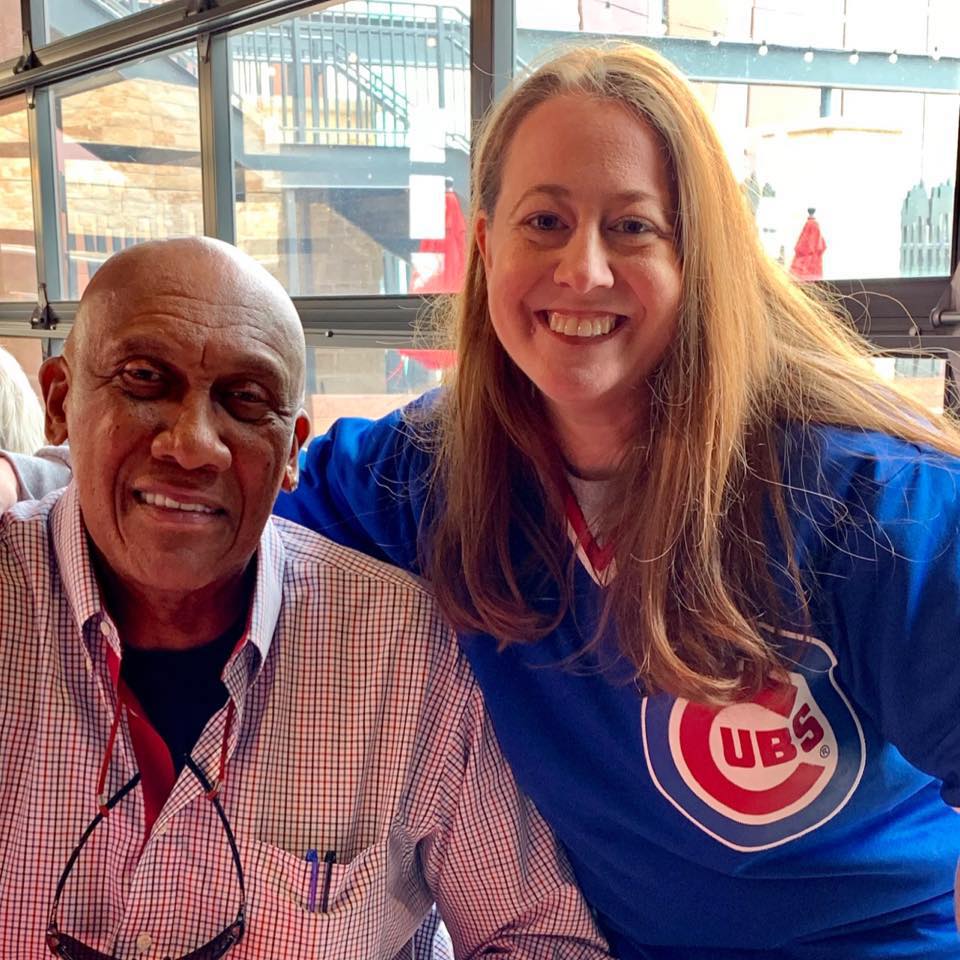 Thank you Mary, for all you do.

Our prior Author 5-year Anniversary posts:

Five years goes by quick! Mary, your posts are always an enjoyable read. Thank you!!

Thanks, Mary! Congratulations and keep going!

Mazel tov to our star columnist!

Thanks Mary for the work you’ve put in!

Congratulations, Mary! So happy to work with you <3

Time flies when you’re having fun – and she seems to love what she does.

Congratulations on the 5th anniversary and I hope there are many more.

Permit me to also offer congratulations on a five-year landmark on your journey! Also a wish for many more such landmarks yet to come.

I am left with a question; the absence of profanity in Mary’s posts – is it because the blog has an aggressive word filter, or is she able to contain it in the midst of the $h!t$how that has been 2021?

Happy Insurrectiversary, Mary. We love you! <3

Congrats Mary and I’m so glad you and the crew are here. The site is one of the most sane and solid sites out there.
No wild speculation. Crazy rumors or other skullduggery.
May you have 5 more great ones and more after.

Happy Work Anniversary, Mary! You have the DNA for this site, because it seems like you’ve been here since the beginning.

Mary might be able cure her rumatoid arthritis by absolutely avoiding all nightshade related foods. No peppers, tomatoes, potatoes, egg plant. Check with a good natural path doctor for the complete list. It worked for two of my relatives with the disease.

Every anniversary should be celebrated!!

What a great milestone for you!!!

I don’t have the words to express how much this site means to me! I gain so much invaluable knowledge from the articles and the comments!!

Mary has a physical handicap? Who’d know? It doesn’t affect her ability to write a knockin’ column, and is another reason to respect her.