Thank you for your service.

Today we celebrate the 5th Anniversary of another inmate, I mean author, Mike LaChance, who wrote under the pseudonym Aleister, until April 30, 2017, Meet Mike LaChance, aka “Aleister”.

In that post, Mike gives a lot of his personal and blogging history, including how he joined us almost by chance:

In the summer of 2012, I decided I wanted to use my skills as a part time job. I had developed an extensive list of contacts in the conservative blogosphere by then so I sent out an email blast titled “Hire Me.”

One person responded. Professor William Jacobson of Legal Insurrection wrote back with a two word reply: “Let’s talk.” The rest, as they say, is history. I’ve been proud to cover politics and higher education news as part of the insurrection team ever since.

While today is the 5th Anniversary of Mike’s first post at CI, Over 40% Of Youth Vote Backs Mitt Romney (originally using the generic “College Insurrection” Author name), Mike worked for us earlier in August 2012 to get CI ready to launch. You can view Mike’s CI archived posts (over 4500 of them!) here.

Mike has continued to be our go-to person for Higher Ed insanity coverage, though all of it now is at Legal Insurrection since we decommissioned College Insurrection a year ago. He also covers politics and the deranged left.

Mike now is in the middle of a 10 day vacation, the first “real” vacation he’s taken in 5 years.

So while he’s away, let me tell you a little more about Mike.

He is one of the most reliable and conscientious people I’ve ever met. He just goes about doing his business without need for hand holding or reminders.

He also has a great dog, Finn, who Mike rescued about three years ago. Finn is a snappy dresser and helps with blogging just for the love of it (and also for treats). 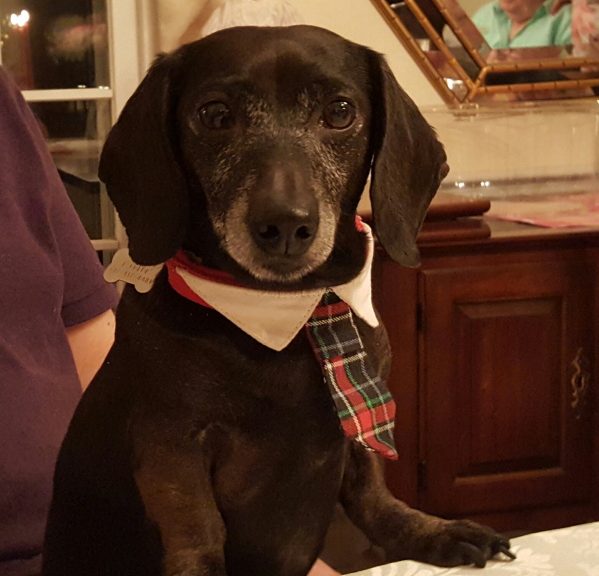 Thank you, Finn, for sharing Mike with us.

Thanks, Mike, for providing a counterbalance to the increasingly insane leftist drive-by media.

Extra credit to Mike for doing his fine work while living in Massachusetts. That’s gotta be tough to pull off.

We have a super collection of writers here. Blessed!

I can tell that Finn is another dog who is smarter than me. Thanks for keeping tabs on the commie weirdos, Mike.

Thanks for all your work Mike

Keep up the good work, whatever you rname is!