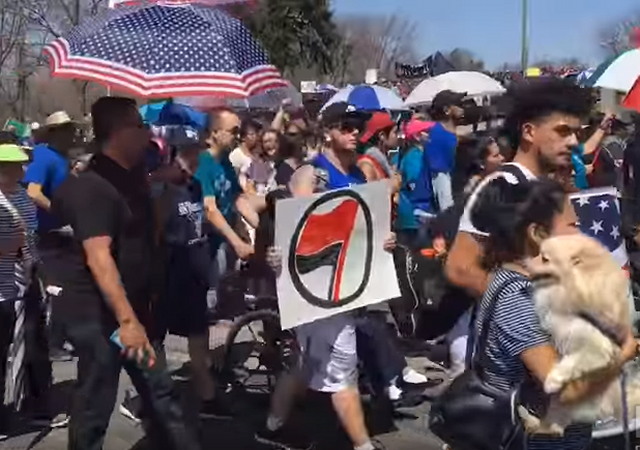 This week brought a few reminders of the need for the wall.

I want to see when these illegals are rounded up in mass when they pull crap like blocking traffic. Enough of this giving away our country in order to have a voting block for the Democrats.

I’m also frustrated that a number of these caravan people were allowed in. Why shouldn’t Mexico have been forced to take them, rather than allowing them to go through Mexico with the demands they be let in the US? Why only 11 charged?

Your anger and frustration are wholly products of your refusal to deal in reality, made worse by your buy-in on junk sold to get you all wee-weed up.

Over the last weeks, you’ve been exposed to both hyperbolic crap about an “invasion” and common sense from several sources, including me. Like many Americans, you are drawn to the hyperbolic crap.

WITH a wall (or better barrier system) these people would have walked through a port of entry, just as they did in this instance.

Asylum-seekers are NEVER going to be excluded from coming to the U.S. That isn’t even on T-rump’s plate. You are expecting what nobody is offering.