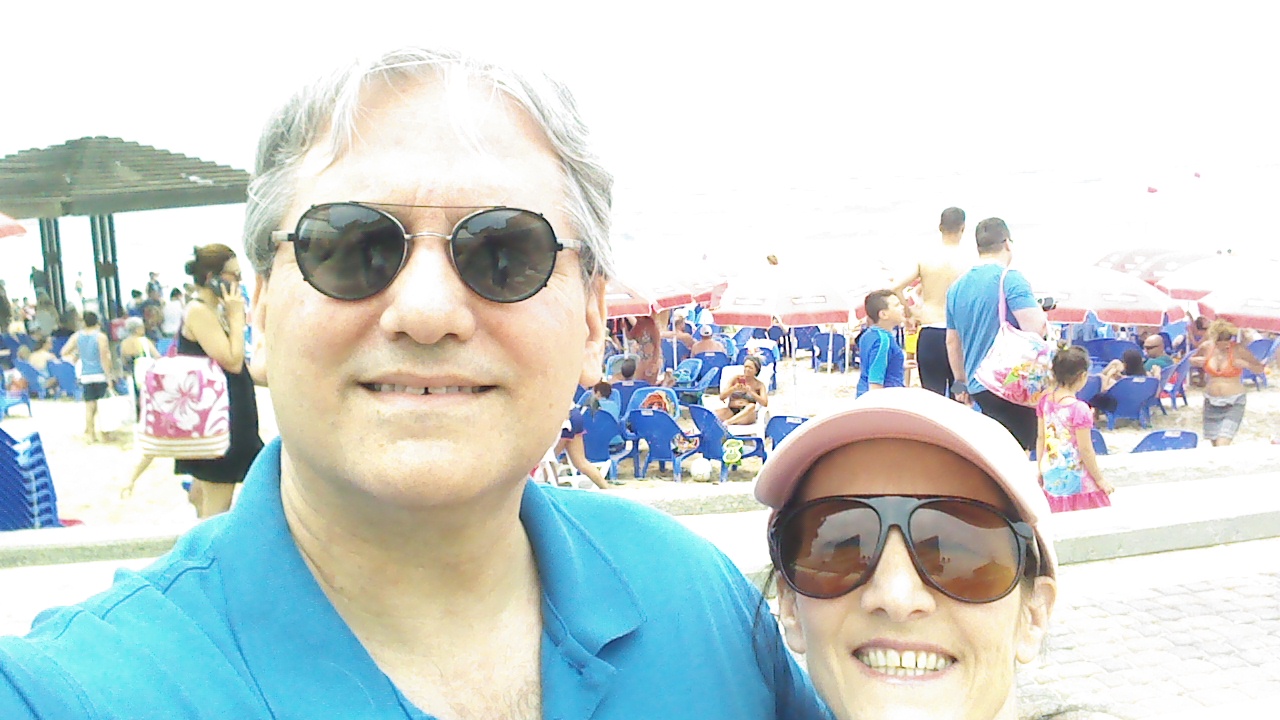 Wishing all Legal Insurrection readers a very Happy New Year, hopefully filled with whatever it is that is important to you.

In past years I’ve tried to remember and give thanks for the people I’ve met through blogging, and some of the people I have yet to meet, like a Cornell student who sent me this message in 2012:

It was with great joy that I found your blog last night. You are a breath of fresh air on this campus. Thank you very much for sharing your opinions and please keep up the good fight! Perhaps I will run into you one day on the Hill.

I’m not sure if I ever met that person. Could have been that student who gave me the secret look we use on campus among not-liberals so we know who each other is, without giving anyone up. Let’s just say the secret look included a nod and a wink, but I can’t tell you more, because you know, I’d have to ….

Fortunately, I’m not starting this year’s last-of-the-year post the way I did in 2014, with tales of death and other woes:

This was a tough year.

We lost two of Legal Insurrection’s biggest fans, my in-laws, who after 68 years of marriage died a couple of months apart this summer. Our friend, reader, commenter and one-time photoshop “director” Patricia also lost her husband John.

We also lost two of our dogs in a tragic incident two months ago. We’re big dog lovers, and it’s hard to get over.

Mandy’s severe stroke in early September, just two days before she was to come on board at Legal Insurrection full time to run the place, has left a cloud over everything that has happened since.

This year I’m focused on the people who help make this website possible, the authors who feed the beast daily, around the clock, 7 days a week, always on the precipice of dreaded blogger burnout and blogger mood disorder.

I mentioned in a post yesterday that cartoonist Tony Branco will have a 5-year Legal Insurrection anniversary next summer.  It’s gratifying how many other authors have been with us for a long time.

You may know me as Aleister of American Glob.

You may also remember me as the guy who created this video.

I’m still writing at American Glob but now I’m writing here too. I’m very grateful to William Jacobson for the opportunity to join the Insurrection team and I look forward to the rest of College Insurrection’s freshman year.

When I think about what led me to this point, I have no choice but to quote a hippie.

What a long strange trip it’s been.

First, I want to thank Professor William Jacobson for giving me this amazing opportunity to join his “rebel alliance”. Now, a little about myself:

I am a chemical/biological safety consultant, with degrees in chemistry, biochemistry and geology.  As a freelance writer, I contribute science and technology items to various news organizations.  I am also one of the co-founders of the San Diego area’s largest “tea party” group, the SoCal Tax Revolt Coalition.

As a citizen activist, I opened: Temple of Mut – The Shrine of Flaming Capitalism.  While preparing posts focused on current events, science, economics, history and humor, I alighted upon Legal Insurrection.  Professor Jacobson has kindly featured my work, and being designated as “Tweet of the Day” remains my favorite blogosphere moment.  I am still questing for that perfect bumper sticker!

I knew both Aleister and Leslie through the blogosphere in the “early” years, a comraderie among Tea Party and conservative bloggers that unfortunately no longer exists, at least not the way it did back then.

Fuzzy joined us as an author in October 2012, when she pitched in to help with cataloging reader photos from National Empty Chair Day, Launching the Election Day Empty Chair Countdown. But Fuzzy already was a well known co-conspirator, having been a Legal Insurrection commenter since the Scott Brown Senate race against Martha Coakley. Fuzzy’s first comment, as best I can tell, was on January 1, 2010, in response to my post about how Scott Brown was winning the social media fight:

So depending on how you measure time, Fuzzy may be our longest serving prisoner.

The “Hi” in the title should clue you in, this is my welcome post. I’m David, the newest blogger at Legal Insurrection.

For those who don’t know me, I used to blog as Soccer Dad.

After I retired from blogging at the end of 2010, Prof Jacobson offered me his blog as a new home if I ever wanted to get back into the game. I believe I’m ready to take the jump now.

Once upon a time a Carnegie-Mellon study determined that Soccer Dad was the 22nd most influential blog in the universe. Given the other blogs on the list, I was very surprised at my appearance on the list. Soccer Dad’s traffic wasn’t in the same class as most of the other blogs. It must have been that I was big linker to others….

Anyway that’s a brief introduction to me. I am honored and look forward to contributing to Legal Insurrection.

I recall that the boss is a fan of Dean Friedman. Dean Friedman once attended the same school I did, so I figured I’d reference his biggest hit.

That trajectory of moving from commenter to author would be repeated in 2013 by Andrew Branca, who initially came on board to cover the George Zimmerman trial Getting to Murder 2: Finding George Zimmerman’s “Depraved Mind”:

As the Professor announced this past Sunday, I will be covering the Zimmerman trial (starting Monday, June 10) nearly-live right here on Legal Insurrection.  My commitment is to provide reality-based analysis, without the speculation, spin, and snark we’ve seen too much of already.

Andrew brought that reality-based analysis not only to the Zimmerman trial, but numerous other high profile self-defense trials since then. Not sure if I’ve ever mentioned it before, but Andrew’s first contact with me was an offer to take me shooting and teach me how to do it properly, for free. I never took him up on the offer, but wish I had.

Neo-Neocon also joined us in July 2013 as an occasional writer on some of the topics she also covers at her own website. Her first post was Obama’s identification with Trayvon Martin

Kemberlee joined in late July 2014, initially focusing on the rather mundane topics of John Boehner and immigration reform, Now, of course, Kemberlee is better known for cultural posts, including the world famous Feminists Fall For #PissForEquality Hoax, as well as that sweet, adorable, non-sleeping baby Klara. 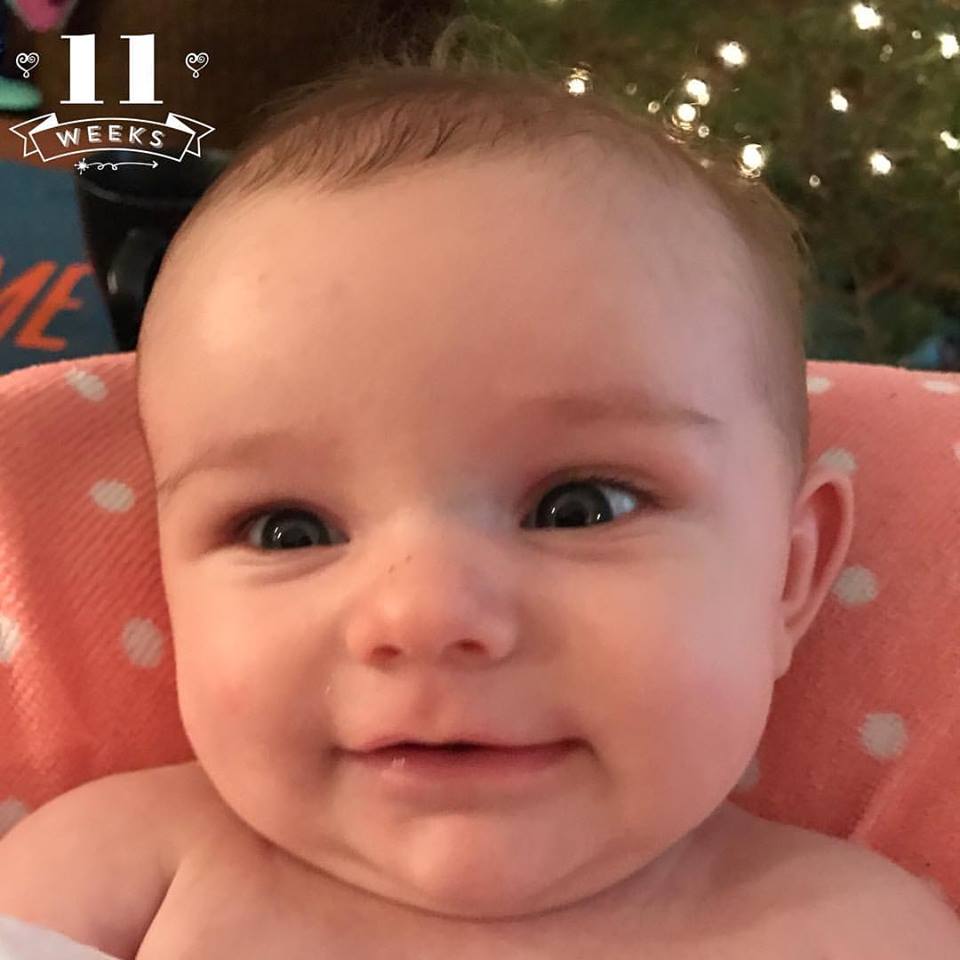 Vijeta Uniyal joined us in July 2015, and has brought a great perspective and coverage of Indian-Israeli-European developments. He also is a  Senior Distinguished Fellow at the Gatestone Institute, and writes op-eds for several Israeli newspapers.

Prof. Miriam Elman joined us in April 2016, after I met her a dinner prior to a speech I made in Syracuse, NY, on the BDS movement. She has covered, in detail seen nowhere else, all the malcontents and malevolent activities of the Israel haters, including her first post, Anti-Israel activists hijack Passover, turn it into Palestinian liberation event

Mary joined us not much after that, in May 2016, focusing in her first post on Russia, and since then, covering a wide range of topics and providing a much-needed “breaking news” focus on the website:

We love her, even though she is a Cubs fan-atic.

And then a month after that, in June 2016, Mark Finkelstein joined us, bringing the media-bias coverage he did for a decade at Newsbusters:

Mark is an “old” friend from Ithaca who flew the coop on his single engine plane to Texas in 2011, Texas Gains Mark Finkelstein:

Not long after starting this blog I received an e-mail from Mark Finkelstein, who writes for Newsbusters, and for a while, at his own blog, Finkelblog.

Two things surprised me.  First, that there was another on-the-record conservative in Ithaca.  Second, that someone would want to have me on his show….

Mark always had an encouraging word about this blog, and has an indefatigable energy that is contagious….

I’m thankful for all these authors, and also, believe it or not, for the readership. I really do enjoy meeting readers at events or when they visit campus. 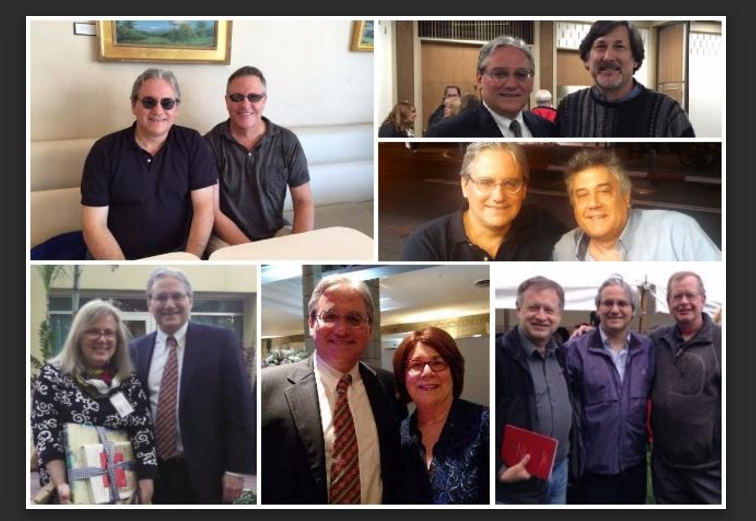 And of course, much thanks to and for the wife. It’s been a tough year and a half healthwise. We just visited a specialist at Duke Medical Center, and are hopeful.

So with that, Happy New Year.

[Featured Image: With the wife on the beach in Haifa, Israel, May 2015]

My hopes to you and yours for a blessed new year!
“America (My Country ‘Tis Of Thee)”
https://www.youtube.com/watch?v=sN2I6vdzgts

Professor Jacobson, I am very grateful for your wonderful, conservative and extremely insurrectionist website, all of your contributors, the other posters who come here, and the good work you have been doing. I wish you the all best in the New Year.

And still no doughnuts in the lobby. *sigh*. Well, I’ll just have to make do with a great blog stuffed with talent.

Not like you at all, Prof. You’re a mensch. We all admire your guts.

I like this Hannah cat. He has his head on straight, and is a leading light of BREXIT.

Happy New Year to all, and may 2017 be better than any of the years since this blog began.

It is amazing to watch the changes in the eight years since I started reading this blog. It has grown from a fabulous one man blog of the profundities and insights of Professor Jacobson, to an amazing team blog with an all-star staff.

Congratulations and Best Wishes to all of you and your families (and extra pets for all of the fuzzy-eared four-legged family members).

2016 was a good year, but a challenging one. The 2016 primary season certainly did a number on the comments section and I’m so glad that’s over. While a Trump presidency may mean that some of our cherished freedoms are safe for now, the fight for hearts and minds is far from over. There will always be a need for legal insurrection that liberty-loving people everywhere must wage. Thank you to the Professor and his posse for showing us the way and keeping our minds informed. Happy New Year to all!

Legalinsurrection.com literally gave me hope at a time when everyone from the unthinking Liberal world around me was questioning what was wrong with me. Thank you, Professor, and may 2017 present a very positive trajectory for you and your family on the health front.

Well, technically, there could still be something wrong with you.

I want to wish you and your wife, and all the wonderful team here at LI a very happy, successful, healthy and prosperous New Year. May 2017 be even better than 2016.

I also want to thank the Prof for giving me the occasional opportunity to vent my views on this site too. 🙂