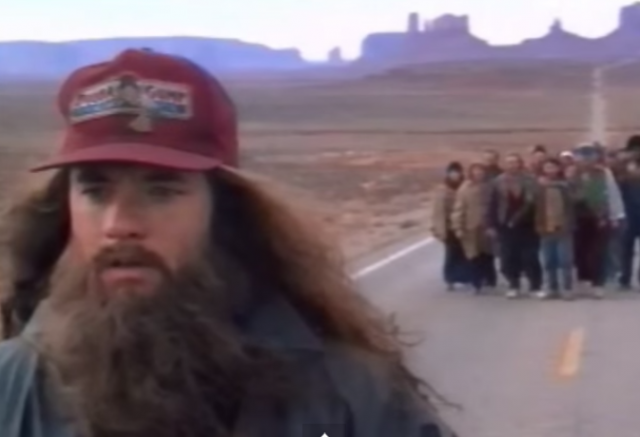 This was a tough year.

We lost two of Legal Insurrection’s biggest fans, my in-laws, who after 68 years of marriage died a couple of months apart this summer. Our friend, reader, commenter and one-time photoshop “director” Patricia also lost her husband John.

We also lost two of our dogs in a tragic incident two months ago. We’re big dog lovers, and it’s hard to get over.

Mandy’s severe stroke in early September, just two days before she was to come on board at Legal Insurrection full time to run the place, has left a cloud over everything that has happened since. The latest update from Mandy’s mother:

This New Year’s Eve Mandy is home. Different therapists come to the home to provide rehab. She can walk short distances with my help and a left handed walker. She still has no use of her right arm but can feel some sensation. In addition to her IPad that has Apps on it, she is now using a speech recognition device which will help her to communicate. She understands most of what is said to her but cannot respond verbally. Surgery to re-attach her skull is scheduled for Jan. 8th. She is deeply touched and so very grateful to everyone who has donated, sent notes and gifts, prayers and good wishes. I believe 2015 is going to be a good year. Happy and healthy New Year to everyone.

I spoke with Mandy almost daily in the 18 months after joining us but before her stroke, and I was so looking forward to handing off many of the administrative and editorial responsibilities to someone I trusted and whose blog strategy and thinking were intuitively aligned with mine. Based on the updates from her mom, I don’t expect that Mandy can return to us anytime in the foreseeable future, although there always will be a place here for her to do whatever she wants and can.

It wasn’t a bad year as relates to the blog activity itself.

I won Blogger of the Year at Blog Bash. Our coverage of the anti-Israel Boycott Divestment and Sanctions movement has brought us to the attention of a friendly readership that may not agree with us on other policy issues. And it gained us new enemies.

We continue to be the tip of the spear on many issues; that seems to be our niche.

Our page views were down a bit from last year (about 10%), mainly because the Zimmerman coverage in June and July 2013 was so extraordinary, and for unknown reasons traffic last spring fell off a cliff for a couple of months. But things have picked up pretty well, we’re now consistently averaging well over 1 million page views a month, and we should be back on track for growth. College Insurrection, an underutilized resource, saw a small increase, and now is averaging about 90,000 page views a month.

The challenge remains as tough as ever at getting heard on the noisy internet, and we remain thankful for the kindness of strangers who link to us, particularly Instapundit, Hot Air, Power Line, Ace, (added – and Lucianne!) and those who share our posts on Facebook and Twitter.

As always, the cartoons from A.F. Branco, self-defense analysis from Andrew Branca, Middle East media watch by David Gerstman, California-craziness and infectious disease writings of Leslie Eastman, and the eclectic but always interesting contributions by Neo-Neocon are greatly valued. The writings of Cornell undergrad Casey Breznick also are a welcome addition. Bryan Jacoutot pitched in at critical moments to help with campaign coverage.

Our cooperation with African American Conservatives Radio (AACONS) in running its interviews also is a great new feature.

Personally, I’ve started doing a lot more radio interviews, and op-eds at major publications in order to expand my reach to new audiences and to spread the legal insurrection. That remains the plan for 2015. Maybe some TV appearances will happen, but that’s not an end in itself, just another way to spread the message to new audiences.

For 2015, we’re moving into presidential election cycle mode. It could be drearily predictable, but I’m hoping we’ll be in for surprises.

Thank you to the readers, commenters, and those who have donated to our cause.

I’m actually more hopeful for 2015 than this post may seem. But knowing of the battles to come, on so many fronts, I think I’ll rest up. And you should too.

So sorry to all who lost loved ones and prayers for Mandy for a speedy recovery.

Thank you, Professor and all at LI!

It was a tough year, but you all have done a lot of good and important work.

I hope the new year brings you all much success and great happiness.

Please give my best to Mandy and her family: they are in my prayers.

familiar with most of the items but the dogs, hit and run?
have had that happen and it sucks. many times.
my cats are my kids now, physically I cannot take care of dogs, and mine (especially one in avatar) are extremely attached to me and avatar one bases her moods upon my daily feelings.

it sounds trite, but don’t hold off getting another dog. you’re not replacing the lost ones, you’re gaining new loved ones. its not disrespectful to the memory of the others, it augments those memories.

This is one of my very favorite sites on the internet. The analysis is always spot on. Keep up the great work!

I visit this and Instapundit a few times every day, my two favorite law professors. Your co-bloggers are great as well. I have read Andrew Branca’s book, which gave the “knowledge confidence” that I needed to pursue my concealed carry permit here in IL. When I took the required 8 hr. class the only critique I gave the instructors was that they did not hand out the book as part of the class. Well, that is not totally true – I also recommended that they find laser inserts for the dry fire portion that go ‘pew pew’ when the trigger is pulled. In all seriousness, blogs like this are needed in our society to keep it all real and in perspective. All the best to Legal Insurrection in 2015. BTW, I was raised on a farm in Interlaken, just north of Ithaca, until I left for the military in 1972. Would have attended Cornell as a National Merit Scholar had I actually known what I wanted to do.

An oasis of sanity in a particularly crappy year for me. Thanks, Professor–and all of the fresh perspectives from the other writers on board.

Thank you for your continued diligence in the face of adversity! LI is my first source. May God bless you richly in the New Year.

Great outside the bubble reporting! Great legally insightful and inciting writers and… “Great Caesar’s ghost!” you put all this together professor because you love America and the Constitution! What more can we ask from someone who is not Superman? Thank you-and your wife and kids.

The losses you mentioned are difficult to bear. May God give you and your family strength.

I will pray for Mandy and for her full recovery. As a recent post mentioned, miracles do happen.

Being a minority-a conservative!-at Cornell U must be lonely at times, I would guess. Hang in there. You have made many friends, friends you haven’t met yet.

Thank you, Professor for all your efforts to make LI the best blog for smart, reasonable, intellectually bright interpretations on the daily #*%&$#*$% nonsense this country is subjected to.

I look forward to a great year here. Try to tell Mandy she has me wishing her as good a recovery as possible.