For the Honor and Glory of It All

For the Honor and Glory of It All

Doing the best we can with what we got. 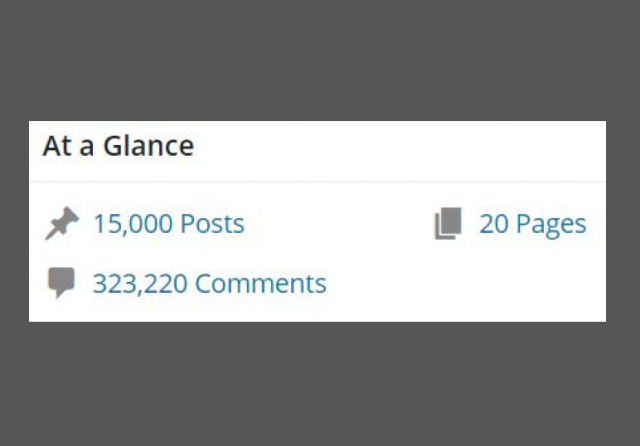 When I was drafting my post about the attack on two French Jews by a boycott movement gang, I saw on the Dashboard that we had reached our 15,000th published post.  That would be Aleister’s post, Clinton War Room Targets “Cash” Author.

We do it for the Honor and the Glory.

For the Honor of things like having a student get arrested for reading a Legal Insurrection blog post out loud during a protest. (The charges later were dropped, because this is still America, F-yeah!)

Seriously, how many other blogs, magazines or newspapers can say that someone was arrested for reading their writing out loud?

There have been many other honors, mostly meeting or interacting with the readers, authors, bloggers and others I have met along the way.

More than once I’ve crossed the cyber-real world divide, and will again when I meet the families of Edward Joffe and Leon Kanner during my upcoming trip to Israel.  (My wife thinks we should organize a Legal Insurrection trip to Israel next year – what do you think?)

We’ve also shared in some Glory, like participating with tens of thousands of readers in the Scott Brown 2010 and Scott Walker 2012 Victory Nights.  And overcoming some personal obstacles to #Win.

Victories are few and far between for us in Obama’s America, so when we get a victory, we like to make the most of it.

(warning, may cause seizures)

So, let’s run a contest.

The commenter to get closest to the pin by the end of the day Monday gets, um, gets, Honor and Glory, ’cause we ain’t got no money to give out.

A Legal Insurrection “road trip” would be glorious, indeed!

I second the motion.

I’ve been to Saudi Arabia for business (that trip was during Ramadan when everyone was headed to Mecca) but as a Christian I’d much rather go to Israel.

I would bring an avatar mask with a name tag so everyone will know me.

And a trip to Israel would be super-cooo. I don’t know if I could go unless I get that little misunderstanding in Nicaragua cleared up…

I don’t know if I could swing the financials on it but I would give it one heck of a try, it would have to be in July or very early August.

I hereby grant you total immunity from prosecution in the northern and southern hemispheres.
-DIY DA Johnson

(But I can’t help you with the trolls, though. They dislike your repartee, giving you “thumbs down” every time they crawl out from under the AstroTurf.)

I’ve been a longtime LI visitor, and I’ve donated to the website before too, but I mostly just lurk and read as my comments generally don’t contribute very much to what the intelligent, honest and honorable staff and friends of LI had already posted.

Congrats on the longevity, the triumphs, and the tangible impacts that have been made, thanks to Professor Jacobson and everyone at Legal Insurrection. Stay the Course, God Bless America, and God Bless and Protect Israel.

I forgot to make my William A. Jacobson post-count guess.

Counting this post, “For the Honor and Glory of It All”, and ending with this post, I’m guessing…

I suppose. I dunno. It’s a heckuva lot though.
Congrats again to Professor Jacobson and LI!

heh… I’ll try to keep my acceptance speech down to less than 2 minutes when I am awarded the golden trophy and cash prize at the ceremony. Just play me off if I carry on too long, Johnny… er, Billy      ಠ‿↼

The rest were written by his amazing contributors over the years.

Suggestion: the winner gets his/her posting-avatar name in bold and a little fireworks display!! How’s that for Honor and Glory?! 🙂

(Maybe even some John Philip Sousa or the 1812 overture……or should that be reserved for landslide elections and the 4th celebrations? A gal can dream, can’t she? 😉 )

Congratulations, Professor!! We are the benefactors of your time, your dedication. Thank you (and the Mrs.). 😀

O/T but there appears to have been a shooting at the Pam Gellar Mohammad Art event in Garland, Texas, involving SWAT.

Yes, and congratulations to Pam Geller for smoking these guys out: This may hasten the time when America wakes up.

I am glad to hear that the GISD security guard that got shot is out of the hospital already. Kudos to the Garland PD for dispatching the two shooters quickly. This could have been another Charlie Hebdo.

Best comment on the subject of the shooting in I have seen so far came from someone named Evan Sayet on Twitter he said; “My favorite drawings at the Muhammad cartoon festival in Texas were the two chalk outlines out front.”

Congratz on your blog’s longevity and increasing success.

“(My wife thinks we should organize a Legal Insurrection trip to Israel next year – what do you think?)”

I see a lively sea of orange and black LI t-shirts bobbing in the Dead Sea.

We couldn’t afford that, so I’m hoping you’ll still roll the dice on a summer LI in Las Vegas weekend fundraiser …

… before my ever worsening social phobia spirals down into full blown shut-in agoraphobia.

What I would give to stand shoulder to shoulder with Bill at a craps table yelling, “Daddy needs a new pair of shoes!!” just before a tipsy Bill launches the die resting atop his forehead across the long, felt-covered table with a sudden forward flick of his head.

Mrs. Jacobson could chaperone to keep a modicum of decorum (and forcibly delete on the spot any compromising pictures taken).

You know, I’ve always been interested in a trip to the Holy Land… but never seriously contemplated it. If I could go with THIS crowd… I’d better start saving up!

This could be quite a lawsuit.

Or about 1/3… which is mind boggling in it self… and selfless… all honor and glory due you.

I stop by each day, and at those times I have become so confused by “the news” that I need a moment to touch base with “Law”, or, in other words, the basis of our society.

LI Israel…. LukeHandCool said it for me…as I close in on agoraphobia… Hubby & I would love to travel with the LI group.

Again, Thank You William A. Jacobson.

Well done, Professor……much of that winning honor and glory should go to you! I don’t recall how I found LI, but it was during Brown’s MA election. I have visited several times daily since then. I’m going for 9, 293 articles…..

Keep up the good work, we all appreciate you….even the trolls, it keeps them busy in their mama’s basement!

7384 posts. I can’t recall exactly how I found the site but was hooked on it immediately and have been here ever since. Some of the articles may not get a lot of comments, but all teach us something. I have learned a lot about Israel and am still learning. It is always interesting when the lawyerly members start dissecting some of the legal issues brought up here.

Where else can you read a university professor saying “America, F-yeah!”

Damn, I loves me some Legal Insurrection!

As a reader with only a couple of comments over the years I thank the Professor for his 10,000 posts, his stable of bloggers for their wonderful contributions, and the amazing groupies whose inciteful comments inform me and, more often than not, make me laugh through my tears of frustration at the news being dispensed.

i would guess 2,860. The percentage has been declining.

The, um, package is on the way Prof.

Congrats to you and your team.

11,322 my uninformed guess. Keep up the great work professor, my family are a bunch of liberal diehards and LI is a very welcome relief for me. Don’t even know how I found this … or maybe you found me. Trip to the Holy Land? Oh yeah! I was there 1000 years ago in 1969 and loved it. LI there would be memorable.