Worst Bumper Sticker of the Year

Worst Bumper Sticker of the Year

Posted by William A. Jacobson Thursday, December 29, 2011 at 07:00am 9 Comments
More Sharing Options

Not surprisingly, it was dominated by various forms of Derangement Syndrome.

1st Place – “Tea Party” sounds so much nicer than “Mob of Racists and Homophobes.”  Obviously, this car owner has been watching MSNBC too often.

2nd Place – This bumper sticker made me throw up a lot. 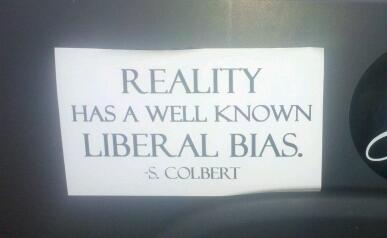 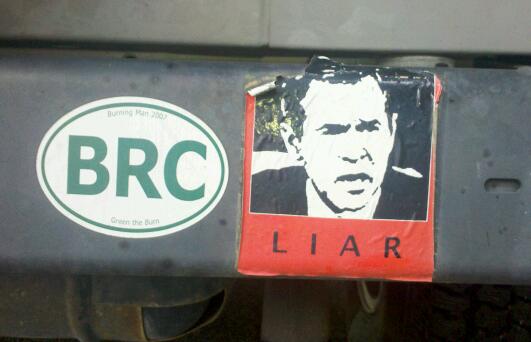 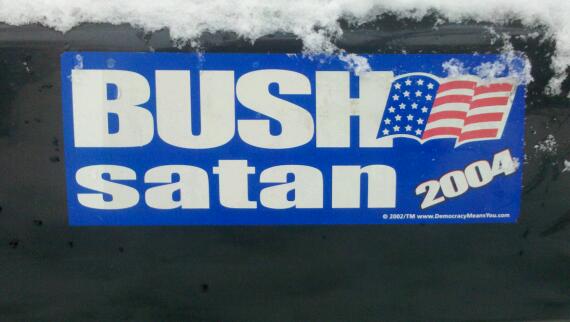 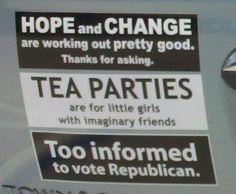 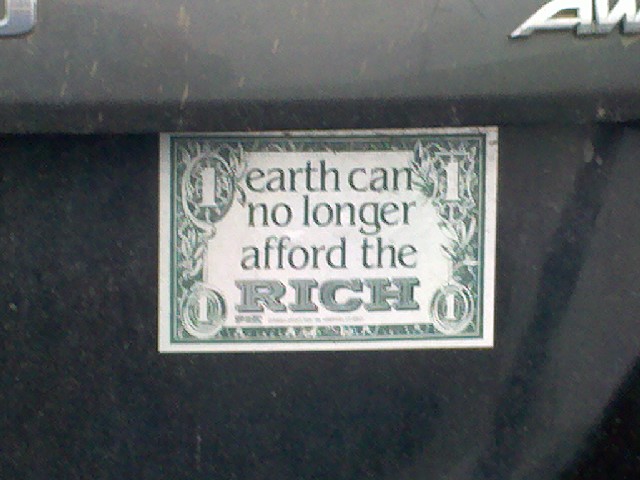 I find it ironic that the woman running against Scott Brown in MA, Elizabeth Warren, has advertisements popping up while I view this bumper sticker collection of the worst from 2011.

If this was a bumper sticker, then it might be in the running, too.

I disagree. That sticker about “Hope and change working out fine” would be my pick. Got to be the most delusional statement I’ve seen from a liberal.

These stickers, and their like, do serve a definite purpose. I have over the years responded off-duty to a number of car accidents I have come across. Now that I am retired, I am no longer required to stop and render aid. Stickers like that are a big signal to drive on.

When I saw the last one the thought popped into my head, dumbo would sing a different song if he attained richdom. I got a laugh at the one that said “too informed to vote republican” when they are not informed at all. All they have ever seen is CNN, MSNBC and Moveon.org memos. I truly think the left attracts the misfits and/or the violent of society. The ones who have no respect for others, their property or the rule of law. We have seen this with the OWS groups…every single one of them.

Reality does have a “liberal” bias. This is the reason why there are so few free societies in our world. Individuals, as they dream of physical, material, and ego instant gratification, are capable of justifying involuntary exploitation. They further exacerbate an already tenuous situation when they submit to mortal gods who promise to fulfill their dreams through redistribute and retributive change.

“Earth can no longer afford the rich.”

Nice, job, Kommissar. You’re worthy of your position in the New Soviet…

I’d like to get a sticker made that reads: