Posted by Mike LaChance on February 14, 2016 48 Comments
The left comes up with this stuff faster than anyone can keep up with them. Just in time for Valentine's Day, the left-wing Cosmopolitan Magazine is pushing an anti-gun narrative under the heading of gunsplaining:

Why You Should Never Date a "Gunsplainer" We've all met mansplainers, but have you ever met a similarly dreadful gunsplainer? He's the type of guy who will attempt to hit on you by calling you "schnookums" and, like the mansplainer, he will condescend to you about why you're safer in a world where guns are easier to buy than Sudafed, or how a good guy with a gun is the best antidote to a bad guy with a gun. 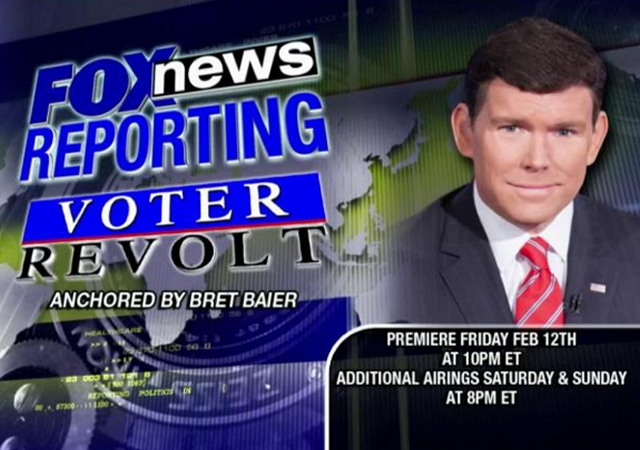 Posted by Mike LaChance on February 13, 2016 10 Comments
FOX News is running a special program this weekend called Voter Revolt which focuses on the rejection of establishment politicians in the 2016 election. Bret Baier hosts and covers both sides of the race in the balanced style anyone who watches him on Special Report has come to expect.
Read More 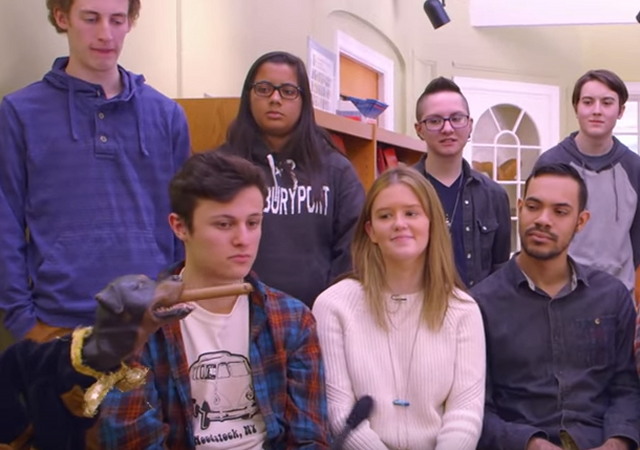 Posted by Mike LaChance on February 12, 2016 15 Comments
Bernie Sanders supporters who were excited about his big win in New Hampshire were surprised to learn Sanders and Clinton would leave the Granite State with an equal number of delegates due to the DNC's use of so-called Superdelegates. Yesterday on CNN, Jake Tapper confronted DNC chair Debbie Wasserman-Schultz on this topic. Josh Feldman of Mediaite has the details:

Tapper Confronts Wasserman Schultz on the Charge Dem Superdelegates ‘Rig’ the Process One of the biggest controversies coming out of New Hampshire is the Democratic superdelegates helping boost Hillary Clinton from an over-20-point-loss to a tie. CNN’s Jake Tapper confronted DNC Chair Debbie Wasserman Schultz about this today, asking her what she would say to people who believe “it’s all rigged” against Sanders. 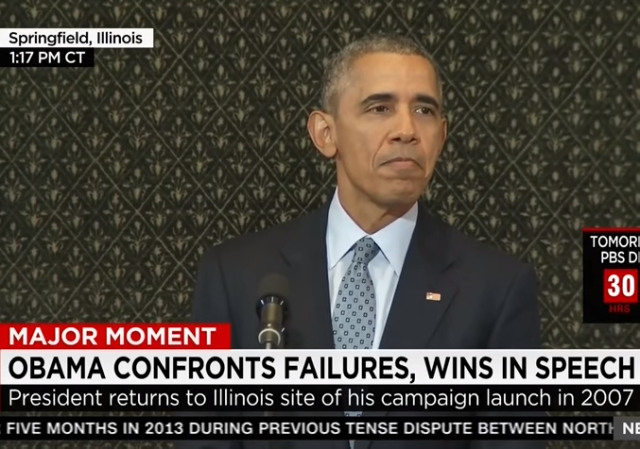 Posted by Mike LaChance on February 11, 2016 15 Comments
It's ironic to hear Obama complain about meanness in politics after surrogates for his 2012 campaign claimed Mitt Romney killed a woman with cancer. Let us also not forget the countless times members of his party called Republicans terrorists and hostage takers. Keep all of that in mind as you read this report from David Rutz of the Washington Free Beacon:

Obama Decries ‘Meanness’ in Politics Under His Administration President Obama decried the “meanness” in politics that had erupted under his administration during an address about bipartisanship to the Illinois General Assembly on Wednesday.

Posted by Mike LaChance on February 10, 2016 13 Comments
Conservatives are often critical of liberal bias in our political media but an explosive new story shows the issue is worse than many suspected. Back in 2009, Marc Ambinder then working for the Atlantic wanted a scoop on a Hillary Clinton speech. He got it, but it came with conditions with which he complied fully. Surprisingly, it was Gawker which broke the story. J.K. Trotter reported:

This Is How Hillary Clinton Gets the Coverage She Wants Hillary Clinton’s supporters often argue that mainstream political reporters are incapable of covering her positively—or even fairly. While it may be true that the political press doesn’t always write exactly what Clinton would like, emails recently obtained by Gawker offer a case study in how her prodigious and sophisticated press operation manipulates reporters into amplifying her desired message—in this case, down to the very word that The Atlantic’s Marc Ambinder used to describe an important policy speech. 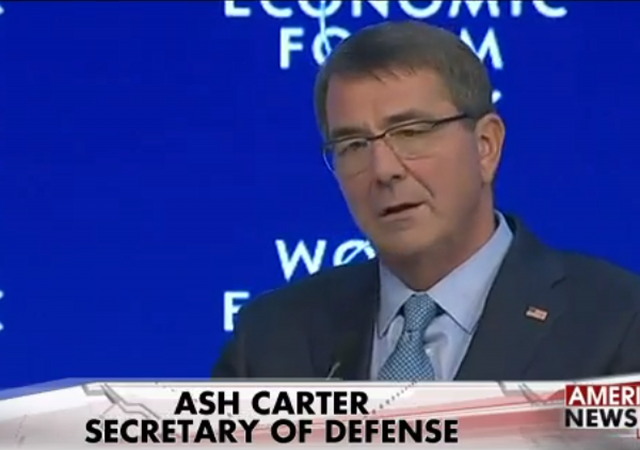 Posted by Mike LaChance on February 09, 2016 6 Comments
Whenever Obama is asked about his strategy to fight ISIS, he brags of the 66 nation coalition he's put together to fight the terror group. Unfortunately, that's not entirely accurate. Secretary of Defense Ash Carter, sometimes referred to in conservative circles as President Ash Carter for dealing with real problems while Obama does puff interviews with YouTube personalities, is now complaining that our coalition partners aren't stepping up to the fight. The Salt Lake Tribune reports:

U.S. calls on slackers to do more in Islamic State war To doubters of its strategy for defeating the Islamic State, the Obama administration likes to tout its coalition of 66 nations and claim strength in numbers. But a year and a half into the war, some administration officials are acknowledging that this supposed source of strength has its own weaknesses. 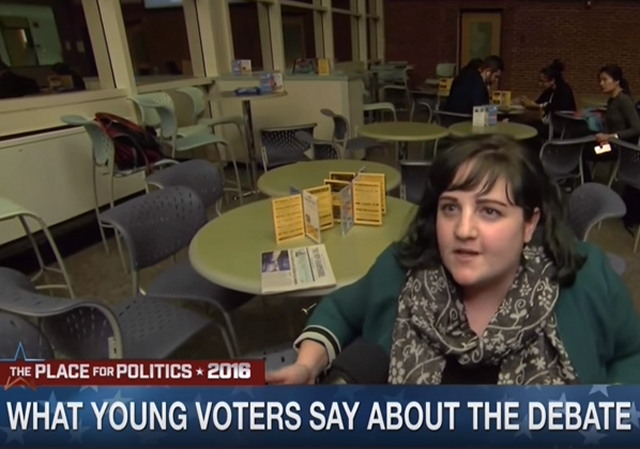 Posted by Mike LaChance on February 07, 2016 7 Comments
At the last Democrat debate, Hillary Clinton claimed she can't be an establishment candidate simply because she's a woman, running to be the first woman president. That didn't sit well with some young female voters. Jenna Lifhits of the Washington Free Beacon:

Young Women in NH ‘Offended’ Clinton Using Gender as Political Tool Young women in New Hampshire were offended by the way Hillary Clinton uses her gender to garner support, an MSNBC survey revealed Friday. When MSNBC anchor Tamron Hall asked young female voters about Hillary Clinton’s claim on Wednesday that she is not an establishment candidate because she is a woman, they responded negatively. 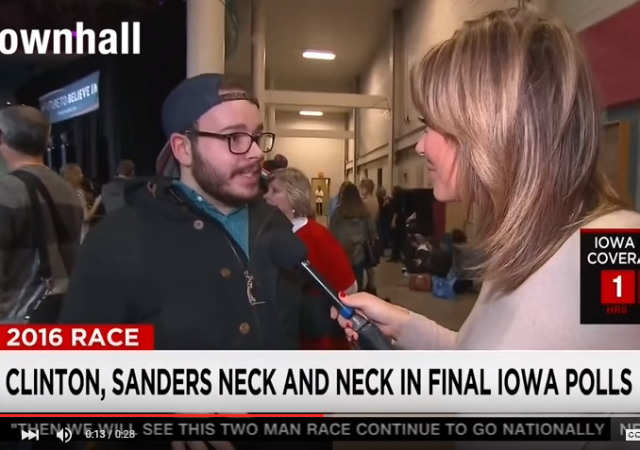 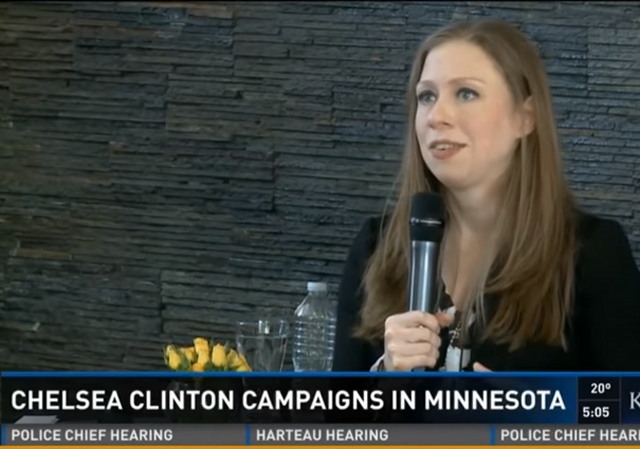 Posted by Mike LaChance on February 06, 2016 19 Comments
As the child of two very public figures, Chelsea Clinton has enjoyed a certain amount of respect from the political media but now she's acting as a surrogate for her mother's campaign. That changes things, as Professor Jacobson noted in a recent post. A new column from Jack Shafer of Politico echoes that sentiment:

Time for Chelsea Clinton's Easy Ride to End When precisely did Chelsea Clinton complete her transition from a White House kid whom journalists agreed to treat as off-limits to a public figure deserving of the full scrutiny of the press corps? 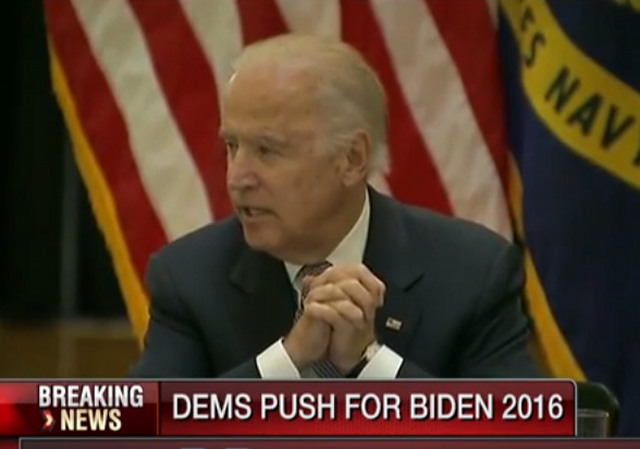 Posted by Mike LaChance on February 06, 2016 12 Comments
Now that Bernie Sanders and Hillary Clinton split the vote in Iowa and are essentially tied in some polls, nervous Democrats are starting to think another old, white person might be able to save the day. Reuters reports:

Democratic donor contacts Biden allies about possible run A prominent Democratic donor worried about the party's chances of winning the presidency emailed dozens of fans of Vice President Joe Biden on Friday, urging them to remain prepared to donate if Biden jumps into the race. The donor, Bill Bartmann, cited new polling showing Senator Bernie Sanders of Vermont nearly tied with the Hillary Clinton, eroding the 30-point lead the former secretary of state held at the end of last year. Bartmann and other party insiders are concerned that Sanders, a self-proclaimed Democratic socialist, is too far to the left to win against a Republican in the Nov. 8 presidential election. 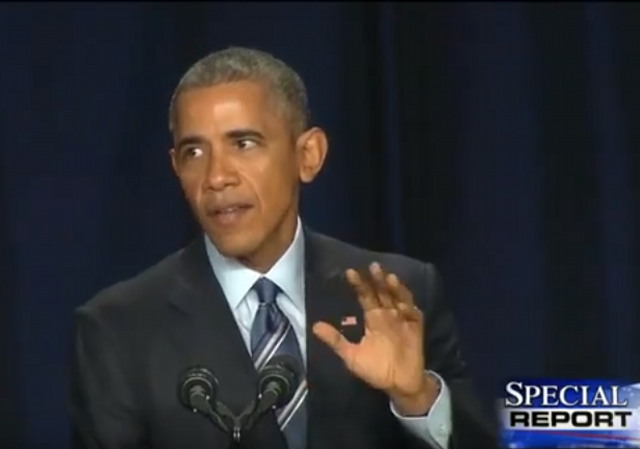 Posted by Mike LaChance on February 05, 2016 19 Comments
In case you missed it, the National Prayer Breakfast was earlier this week and our esteemed president used the occasion to lecture people on religious liberty. FOX 6 reported:

Pres. Obama at National Prayer Breakfast: ‘Faith is the great cure for fear’ President Barack Obama addressed the National Prayer Breakfast on Thursday, speaking about the need to overcome fear through faith, just one day after making a historic visit to a Baltimore mosque where he delivered a message of religious inclusivity. “Fear can lead us to lash out against those who are different or lead us to try to get some sinister ‘other’ under control,” said Obama, making a veiled reference to divisive rhetoric on the presidential campaign trail. 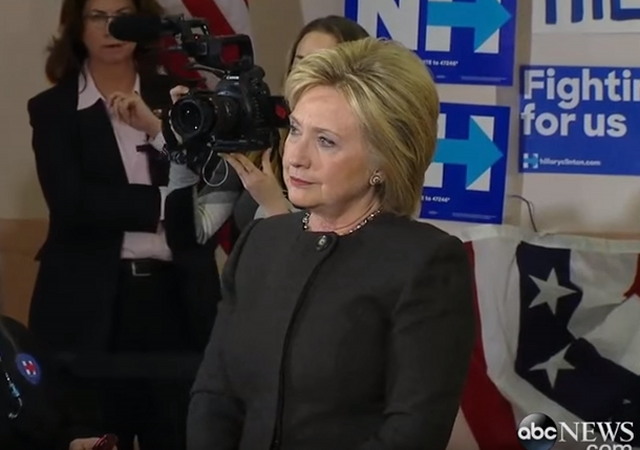 Posted by Mike LaChance on February 04, 2016 15 Comments
Cybersecurity is going to be a challenging problem for the next president and every one thereafter but maybe Hillary Clinton isn't the best person to bring this up as a campaign issue. Alyssa Canobbio of the Washington Free Beacon:

Clinton Calls Cybersecurity ‘One of the Most Important Challenges’ for the Next President At the end of a get out the vote campaign event in New Hampshire on Wednesday, Hillary Clinton was asked about her plans for protecting cyber security. “It is one of the most important challenges the next president is going to face,” Clinton said. 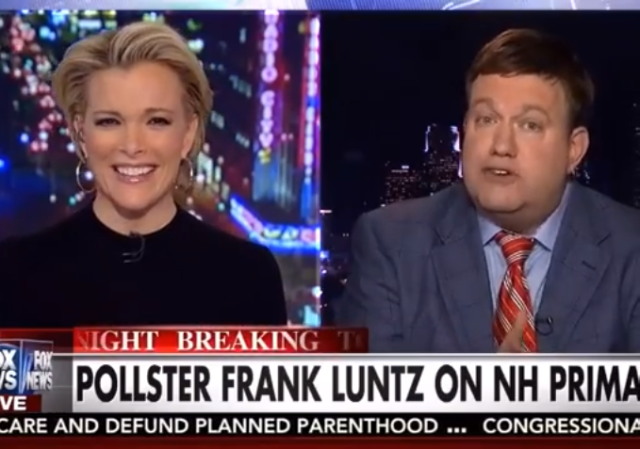 CNN’s Baldwin Asks Sanders Supporters to Define the Word ‘Socialist’ At a recent Bernie Sanders rally, CNN anchor Brooke Baldwin asked some of his supporters to define the word socialism. And, well, some of them didn’t exactly know… 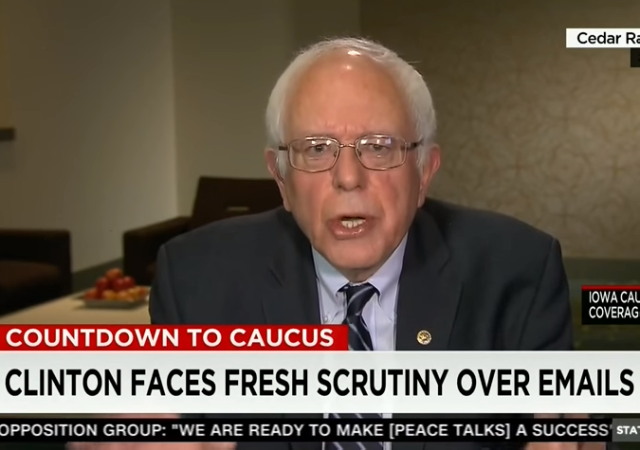 Posted by Mike LaChance on February 01, 2016 12 Comments
Back at the first Democrat debate, Bernie famously said people were sick of hearing about Hillary's "damn emails" but now he's acknowledging that it's a serious issue. When CNN's Jake Tapper asked about it, Bernie also insisted that he's not politicizing the issue. David Rutz of the Washington Free Beacon:

Sanders on Clinton Emails: ‘I Think This Is a Very Serious Issue’ Sen. Bernie Sanders (I., Vt.) said he considered Hillary Clinton’s private email server investigation to be “a very serious issue” Sunday on CNN, while also adding there was a legal process taking place that he did not want to politicize. At the conclusion of their interview, State of the Union host Jake Tapper reminded Sanders of his famous remarks at the first Democratic debate in October, when he told Clinton the American people were “sick and tired of hearing about your damn emails.”