“He can postpone. He can delay. But he does not have that power.” 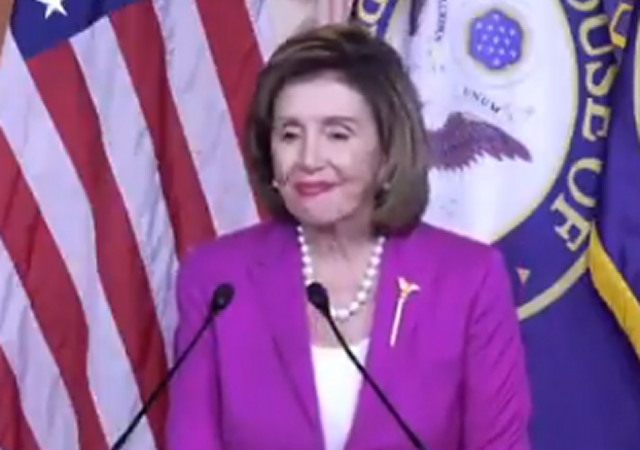 Some progressives on Twitter are flipping out over this and insisting that Biden does have the power to do it.

Transcript via The College Fix:

Stay with the video, the audio improves when Pelosi starts speaking:

STUDENT LOAN FORGIVENESS: Speaker Pelosi says that President Biden does not have the power to cancel student debt, in contrast to the belief of Senate Majority Chuck Schumer and Sen. Elizabeth Warren, who are calling on Biden to forgive $50,000 of student debt. pic.twitter.com/jE4iu9rsrd

Well, that is going to bunch some panties.

It’s a day for the history books when a Democrat says a Democrat president doesn’t have the power to do something Democrats want to do.

I can only infer that for some reason not yet apparent to those of us outside the Big Club, there’s a hidden reason why Democrats really don’t want to do it.